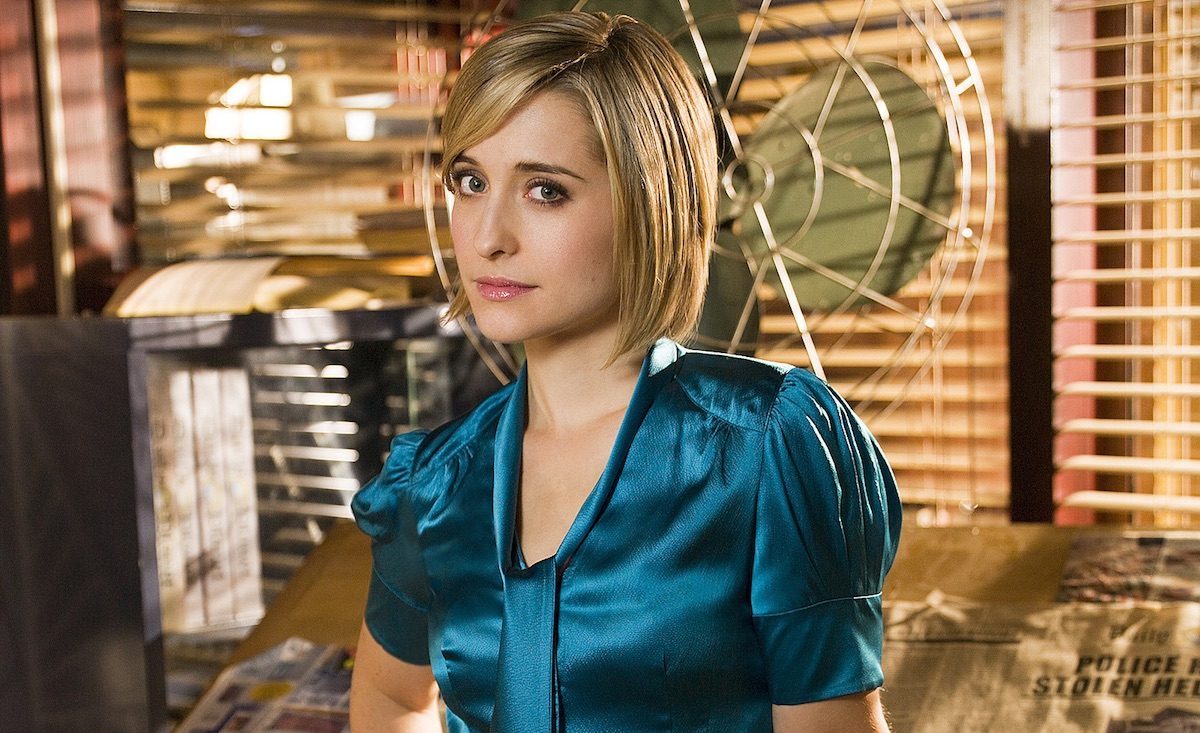 We wrote about the strange and awful allegations surrounding the so-called cult NXIVM, and the connections that Smallville‘s Allison Mack and Kristin Kreuk were alleged to have with it. Now Mack has been arrested and charged with a number of horrifying crimes.

While Kreuk claimed that her time with NXIVM was short and she had cut off contact with it years ago, Mack remained active in the organization—and many ex-NXIVM members spoke of her as leader Keith Raniere’s second in command. When we reported on this back on April 2nd, one former member said that they predicted Mack would soon be arrested herself, having had a leading role in the alleged cult’s alleged abuses of its female members. Now, per The AV Club:

Along with the group’s leader, Keith “Vanguard” Raniere, Mack has been charged with sex trafficking, sex trafficking conspiracy, and forced labor conspiracy by the U.S. Attorney’s office in New York. Mack supposedly served as Raniere’s right-hand woman in the group, luring women in with self-help seminars, then inducting them as “slaves” to Raniere, or members of the organization’s DOS (or Dominos Obsequious Sororium, or Master Over the Slave Women) subgroup, of which she was the reported leader.

There’s nothing about this that is not sad and frightening, especially when we consider how long NXIVM appeared to operate with impunity. While many have reported on NXIVM in the past, it took a New York Times expose in October of 2017 to prompt authorities to fully investigate the allegations. It’s worth it—but harrowing—to read that account, “Inside a Secretive Group Where Women Are Branded.”

“As alleged in the indictment, Allison Mack recruited women to join what was purported to be a female mentorship group that was, in fact, created and led by Keith Raniere,” United States Attorney Richard P. Donoghue said in a statement. “The victims were then exploited, both sexually and for their labor, to the defendants’ benefit.”

According to the U.S. Attorney’s Office, over the past two decades Raniere established a series of purported self-help programs under the name NXIVM, based in Albany, New York, with centers in the United States, Mexico, Canada and South America. Mack and other cult “masters” allegedly recruited slaves by telling them they were joining a “women-only organization that would empower them and eradicate purported weaknesses that the NXIVM curriculum taught were common in women.”

There’s something even more heartbreaking and infuriating about this terrible situation in that NXIVM presented itself as a women-only empowering organization when it appears their goal was alleged exploitation and abuse. We’ll be following Mack and Raniere’s legal proceedings in the hopes that those allegedly hurt by NXIVM will get to have their stories heard.

(via The AV Club, The Hollywood Reporter, image: The CW)