Did Smallville’s Actresses Allegedly Recruit for a “Sex Slave” Cult? 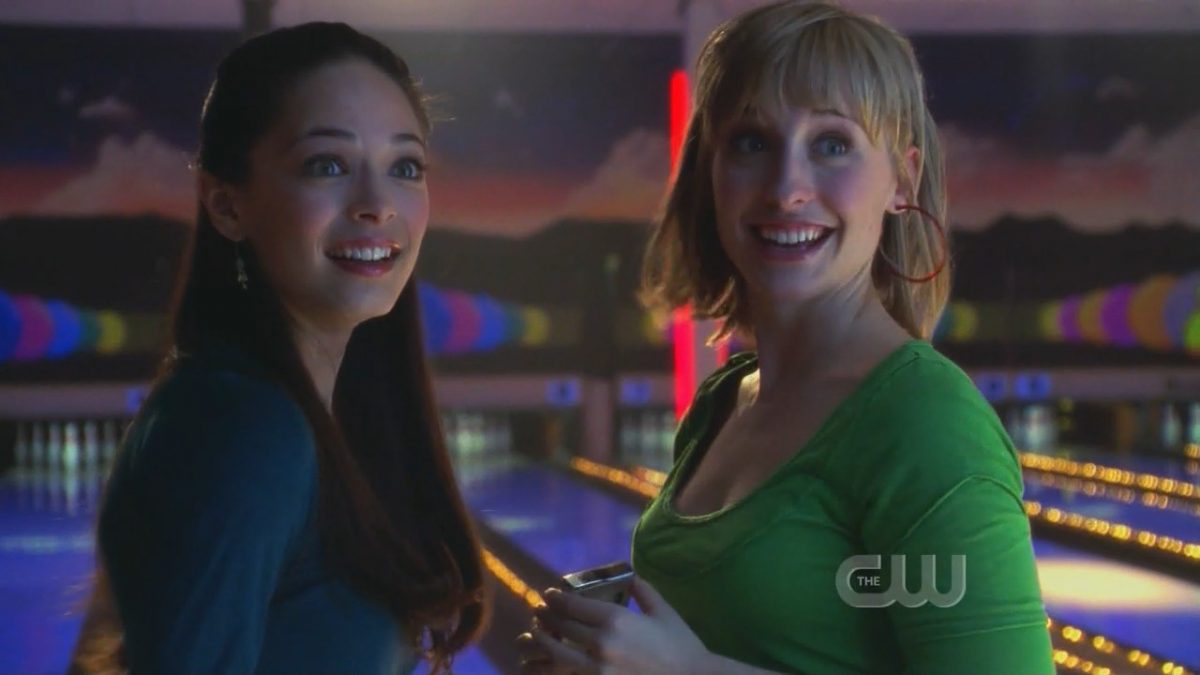 When I think of Smallville, I think of Clark Kent and Lex Luthor gazing soulfully at each other, while Canadian fields pretend to be Kansas, and our heroes deal with the Kryptonite problem-of-the-week. But truth is stranger than any high school superhero fiction: Smallville‘s leading ladies are back in the news, allegedly involved in a plotline that would make a supervillain cringe.

Let’s start with Kreuk, who denies the allegations that have recently emerged following the arrest of NXIVM’s leader, Keith Raniere, for sex trafficking. Kreuk stresses that she left NXIVM behind long ago. What, pray tell, is NXIVM? Allow Friend of The Mary Sue Brock Wilbur to explain, as he did in Paste Magazine:

In 1998, NXIVM was founded by Keith Raniere and Nancy Salzman, who are referred to within the program as “Vanguard” and “Prefect,” respectively. Based in Albany, the group operates a series of intensive seminars designed to facilitate personal development via a process called “Rational Inquiry.” Everything within the program takes on multiple names and often separate business ventures. All of these use word-salad names like “Executive Success Programs” that would look non-threatening and pleasant on a resume.

[…] There are innumerable articles on NXIVM and Raniere that are worth your time, including this 2010 piece in Vanity Fair that claims Raniere took advantage of several wealthy heiresses, among other alleged victims.

Beneath their businesslike branding, NXIVM is alleged to have put its female members through hell. Per Vulture:

Members were “slaves” who reported to “masters,” and worked to move up a ladder of enlightenment. They were also subject to ritual brandings and other humiliating practices, including losing weight in order meet Raniere’s standards of beauty and having sex with him.

Last fall, an expose in The New York Times laid bare many of NXIVM’s more nefarious practices. That article, titled “Inside the Secretive Group Where Women Are Branded,” drew considerable and renewed attention on NXIVM and its proprietors. In late March, Raniere was arrested in Mexico and charged with sex trafficking. NXIVM’s former publicist Frank Parlato told the New York Post that both Kreuk and Mack were used to recruit other young women into the organization.

Kreuk, however, has been adamant about establishing her short history with NXIVM and denies that she recruited for them.

Allison Mack appears to be another story entirely. While Kruek says that she left the group five years ago, Mack is alleged to have risen through its ranks to a position of considerable power within NXIVM; some reports call her Raniere’s second in command.

According to the Post‘s source, Mack was front and center for many of the group’s abuses, with Parlato claiming that Mack “started as a slave and [..] became a slave master.”

Mack stayed on and, according to Parlato, helped come up with the idea of sizzling the “brand” into initiates’ skin, near their groins, as they were held down. About 2-by-2-inches, the mark combined Raniere’s initials, KR, with Mack’s, AM.

“Kreuk was also in the inner circle, but branding was a later addition to Raniere’s abuse of women,” Parlato said.

An emaciated and frenzied-looking Mack can be seen in cellphone footage, obtained by Parlato, of ­Raniere’s arrest.

“Allison Mack expected to be arrested next,” he wrote Tuesday in artvoice.com, saying she is an unnamed co-conspirator in the Raniere case.

“She started as a slave and she became a slave master,” Parlato claims. “Her nickname among defectors is ‘Pimp Mack.’”

These allegations about Smallville‘s castmembers come from defected members of NXVIM, who continue to share their stories about Mack with eager gossip magazines. While former NXVIM spokesman Parlato said he expects Mack to be arrested next, there’s no way of knowing if this is any more than a guess on his part.

Organizations like NXVIM often target celebrities for their wealth and influence, so the actresses’ initial involvement is unsurprising. But the alleged practices at work beneath NXVIM’s surface are shocking and horrific, and everything about this story strikes me as incredibly sad. As the case against Keith Raniere proceeds we’ll likely learn about NXVIM and what happened therein—and whether anyone else should be charged for the organization’s actions.

(via Jezebel, image: The CW)