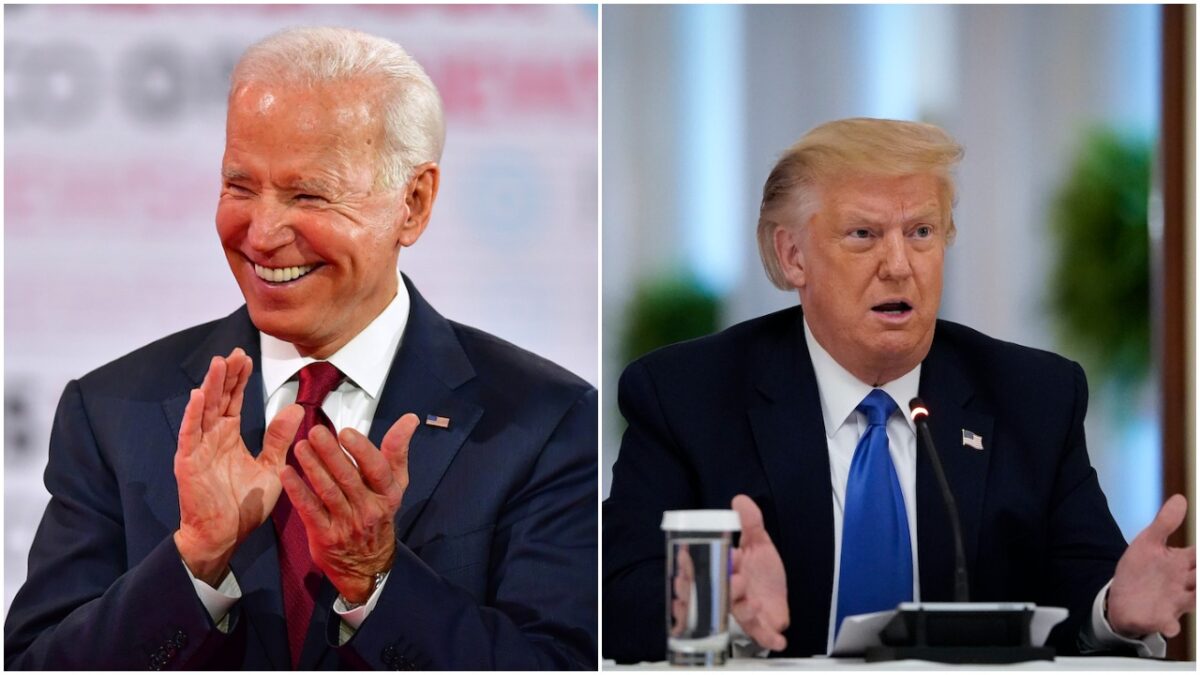 We all want to know right now who will win the 2020 presidential election. In fact, I’d happily do the time warp and skip to November 3rd immediately if such a thing was in my power. But it’s not, so we’re left with obsessively watching (but not entirely trusting) the polls and looking at the predictions of pundits who at least give the impression that they know what the hell they are talking about.

One such pundit is Allan Lichtman, a historian who has successfully predicted the presidential election winner* since 1986. The asterisk there came from his prediction that Al Gore would win in 2000, which he technically was right about but the Supreme Court handed that one to Bush. Now Lichtman is back to announce his pick in a fun video from The New York Times.

We’ll save you some anxiety and time by telling you the conclusion he reaches after talking about his methodology for a while: Joe Biden will win the presidency. Phew.

That’s comforting, but it is worth examining Lichtman’s methodology, which he developed in terms of “stability” versus a “political earthquake” and isn’t based on polls. Instead, it’s based on 13 factors which he calls “The Keys to the White House.” This method was developed not with a statistician but with an expert on Earthquakes: Vladimir Kellis-Borok, founder of the International Institute of Earthquake Prediction Theory and Mathematical Geophysics.

Lichtman’s “Keys” boil down to thirteen statements. If a majority are deemed “false” the candidate who is in the incumbent party will lose the election. Theses keys have nothing to do with campaigns or debate performance, but about the performance of the president and the incumbent party in a larger sense, especially in terms of the economy, societal stability, and foreign relations. Here are the key statements and how they relate to Trump and Biden.

That’s a score of seven for Biden and six for Trump which means by Lichtman’s model, he’ll win. And you’ll notice two asterisks on a few of the determinations Lichtman made because I’m not personally sure that they hold.

First: No major foreign or military failures. Though Trump hasn’t specifically lost a war or battle, he’s massively damaged the Unites States’ standing on the international stage. His entire presidency could be seen as a massive foreign policy failure, from his bowing to Russia, his denial of climate change, and his mishandling of the coronavirus crisis, which has global effects. I’d personally call this one False, and give Biden another point in his favor.

Second, the charisma factor. While Biden isn’t as polarizing or as horrifying as Trump, he is a well-known and generally well-regarded figure. He’s the definition of “I’d like to get a beer with him” or in Biden’s case, an ice cream cone. He’s also both neutral and charismatic enough that a lot of Trump attempts to paint him in certain negative ways just aren’t working, so this point as well could go to Biden.

Also, though Lichtman weighs all his factors equally, a case could be made that the economy and social unrest right now are so bad that they should get extra weight, which again, would tip the scales to Biden even further.

This is all comforting of course, but Lichtman himself warns that his system doesn’t account for voter suppression and foreign election interference. And if there’s anything we learned from 2016, it’s to never get comfortable or celebrate too soon. And of course, we shouldn’t just trust one guy. After all, that octopus that predicts the world cup winners hasn’t weighed in yet so we can’t truly be sure of any result.

Lichtman himself ends his prediction with a perfect quote often (but probably inaccurately) attributed to Abraham Lincoln: “The best way to predict the future is to create it.” So get out there and vote.