All the Songs From the Animated Anastasia Are Bangers

Don't front. You cried during "Once Upon a December." 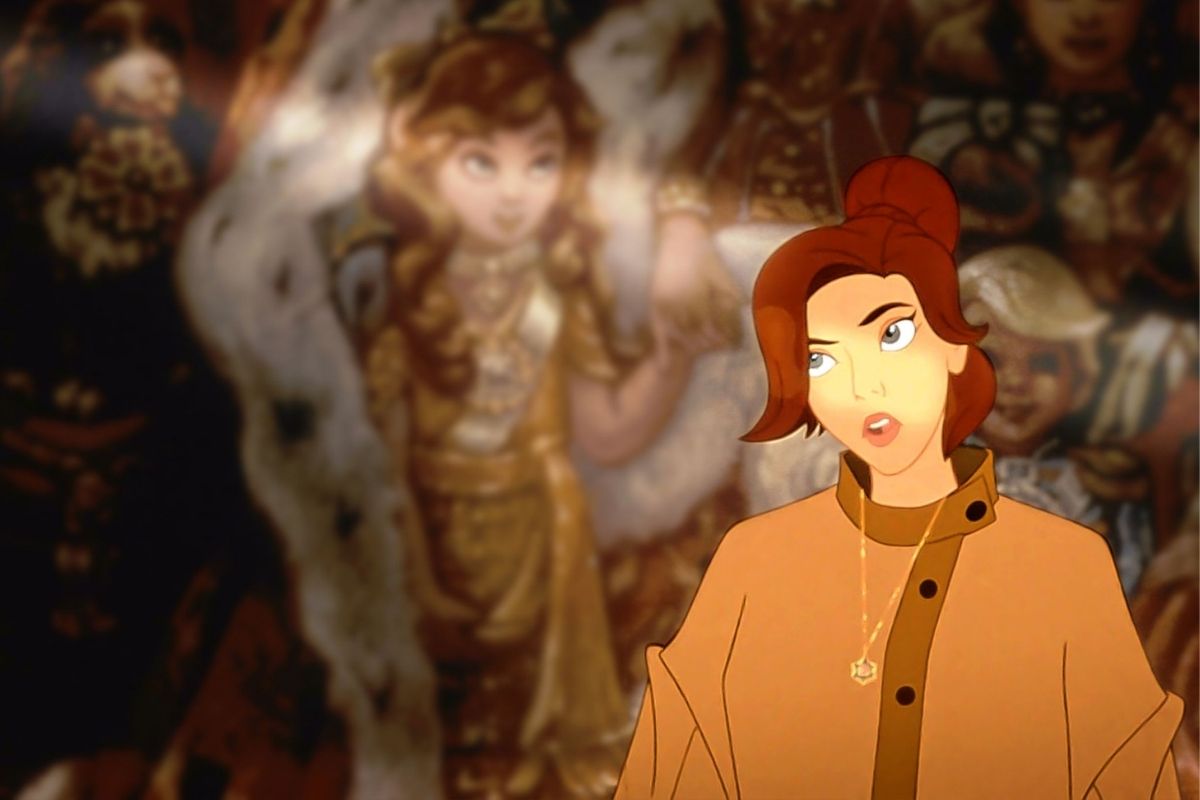 Anastasia, the animated film from 1997 Fox Animation Studios that’s now available on Disney+, was the movie of my childhood. While other kids were talking about the Disney Princesses they wanted to be or loved when it came to Disney, I was the kid talking about the Grand Duchess Anastasia and how much I adored Anastasia’s singing voice by the talented Liz Callaway. That or how I wanted to have a beautiful necklace with a matching music box from my grandma just like Anastasia.

The movie has long inspired a lot of commentary and mixed reactions; we’ve looked at how it may be “nearly perfect” as an animated princess tale while our Princess Weekes also detailed how badly it mangled Russian history and two historians also took us through its ups and downs. But there are many elements that make Anastasia a compelling film, even if there was no Bartok the bat in imperial Russia, which is why we keep talking about it. And for me, Anastasia was my absolute childhood jam, especially when it came to the soundtrack and the aesthetics.

Not only was the story interesting, but it looked magical. Yes, Anya grew up in an orphanage aka a not so magical place in an animated feature. But she made moments magical in spite of all the bad that she had endured in her life and I loved her for it. I loved her even more because of the music that accompanied these magical moments. And to this day, I will stand by the FACT that every single song from the Anastasia movie is a banger aka a hit or a classic. Every last one; even the Waltz Reprise of “Learn to Do It.”

First up, “A Rumor in St. Petersburg.” It introduced us to the location, two core cast members, and the world of Anastasia. It was full of colorful characters, a world unlike anything I’d seen before, and a scheme to end all scheme in the form of Dimitri and Vlad trying to find their Anastasia. Also, it was an absolute banger. From the first rumor scene to the “Who knows?” by that random pigeon man.

Then there’s “Journey to the Past.” I’m gonna need a moment to collect myself because this is my favorite song of the entire movie. This song cemented who Anya was, what she was hoping and wishing for in life, and the journey she planned to have to discover herself. It was also a song where Anya told us what she wanted above everything else—a home, love, and family. *wipes tear away* Another banger.

After that comes “Once Upon a December.” It’s the most haunting song of the entire movie. I remember watching all the figures that emerged from the paintings with rapt attention. This, even if magical and something of her imagination, was part of what Anya wanted aka to feel safe and warm in someone’s embrace. And don’t even get me started on dancing with her ghost dad and getting a forehead kiss from him. Ughhh, I’m weak from the family feels. Definitely a banger.

Up next is “In the Dark of the Night.” The people behind Anastasia really went to town with this song. Not only was it deliciously evil, it felt like a grand performance from the biggest bad you had ever experienced. The magic that Rasputin held was super creepy, alarming, and chilling. But I couldn’t help but be drawn in; partially because of Rasputin wearing a wig to be Anastasia or the bugs with the deep voices. Either way, banger all across.

“Learn to Do It” doesn’t get the credit it deserves. It was basically Disney Princess quality goodness with its animals following Anya around and the training montage. Sure, they were trying to teach her things to trick her grandmother. But it was the first time Anya allowed herself to be part of something bigger than her. It was her looking into the future and not being so terrified of it and its banger status.

The reprise that followed was a banger too. It was slower and a bit more romantic, but little ol’ me was enchanted. I loved how Anya finally started finding herself and how stunning she looked. Also, it was the beginning of one of my first ships. Anya and Dimitri were it for me and I agreed with Vlad, he should’ve never let them dance together. But he did and it was beautiful, especially the bit about both of them being dizzy cuz romance. Swoon.

Like “Learn to Do It,” “Paris Holds the Key to Your Heart” doesn’t get the credit it deserves either as another banger on this soundtrack. It’s a showcase of what her life could be like in Paris. Anya is vibrant, embracing this woman that everyone thinks she can be. And we slowly but surely start to see how the end of the journey is upon us. Also, I loved how this song snuck in romantic moments where Dimitri was basically like, “Yup. I love her but I have to let her go.”

And finally “At the Beginning.” Technically it was the credits scene song but I love it for two reasons. One, it was basically a fanvid of the entire movie and the love story between Anastasia and Dimitri. And two, because years later Fox Family Entertainment released a lyric video that was basically an OTP (one true pairing) fanvid for these two. It’s like they knew what we wanted and transformed a lovely credit song into the final banger of the Anastasia soundtrack. Enjoy.