An All-Female 'Ocean's Eleven' Film is Coming | The Mary Sue 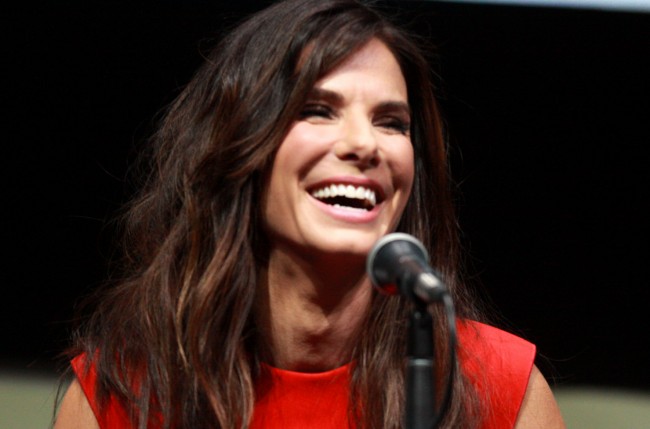 Oh no, Hollywood is back at it again. Another all-female reboot is coming and this time, it’s targeting the heist classic, Ocean’s Eleven.

In an article posted by the Hollywood Reporter, Warner Bros. has confirmed they’re forging ahead with a new movie called Ocean’s Ocho, which isn’t so much a remake as it is a spinoff. The cast will include Cate Blanchett, Sandra Bullock, Helena Bonham Carter, Mindy Kaling, Anne Hathaway, Rihanna, and Awkwafina from Neighbors 2.  There’s an eighth spot open, and I’d like to reserve it for expert Rio commentator Leslie Jones, who just deserves to be in all of the movies.

Steven Soderbergh, who directed the previous reboot starring Brad Pitt, George Clooney, Matt Damon, Bernie Mac and Don Cheadle, will produce, and The Hunger Games’ Gary Ross is attached to direct. Olivia Milch, who also wrote Little Women, has already finished the script for film, which is set to begin shooting this fall.

Despite the over-the-top outrage surrounding the all-female Ghostbuster reboot, I remain excited and optimistic about this one. The initial announcement of the film came out a few months ago, and with the internet focused on the aforementioned movie, this one sort of slipped by without much of a reaction. Perhaps it’s because they’re not calling it a reboot. It’s being pegged more as an extension of the universe, as Ross told Slash Film:

I think it’s a pretty similar tone. You know, Steven Soderbergh and I are incredibly close friends, and we would not have done this if we weren’t. I don’t think he would’ve wanted anyone to do it if we weren’t. This is very much an extension and a continuation. He’s a producer on the movie…We’re different filmmakers, obviously, so there will be those differences, but one of the things I’m drawn to is the amazing tone Steven was able to create, and we discuss that a lot. We discuss the cinema a lot, the shooting style, the rhythm, the editing style, and the music. We discuss it all. I’m in no way trying to reinvent the tone, and I’m thrilled and honored to be extending it. It’s really fun to work with.

Okay, maybe I’m getting a little head of myself. The cast is definitely something to applaud, as is screenwriter Milch, but what about the rest? What I’m getting here is that they’re trying to recreate a Soderbergh movie without Soderbergh at the helm. Not wanting to “reinvent the tone” makes me think he’s going to tread lightly, and I’m not sure that’s the best course of action, given the amazing group of women he’s about to work with. With that said, it’s probably best to wait and see how this movie turns out before starting up those hot takes and think pieces about why this movie will fail or succeed.

However, I must point out that after what happened with Ghostbusters and this weird notion that a bunch of women on screen together is a “risky move” (so was Bridesmaids a fluke then?), a lot is riding on what happens with this movie, because women are held to a different standard than men in Hollywood. How else do you explain Johnny Depp continuing to make box office failure after box office failure, while women like Nicole Kidman and Hillary Swank get hung out to dry?

My point being, let’s give this one a fair shot.

(via The Hollywood Reporter, image via Gage Skidmore/Flickr)

Keisha is a geeky writer with an acute affinity for alliteration and Deadpool cosplayers. She never let go of Boy Meets World, and Thranduil’s flowy mane in The Hobbit gives her lacefront envy. Don’t be shy; say hi to her on Twitter.