All About Arrow: “The Magician” 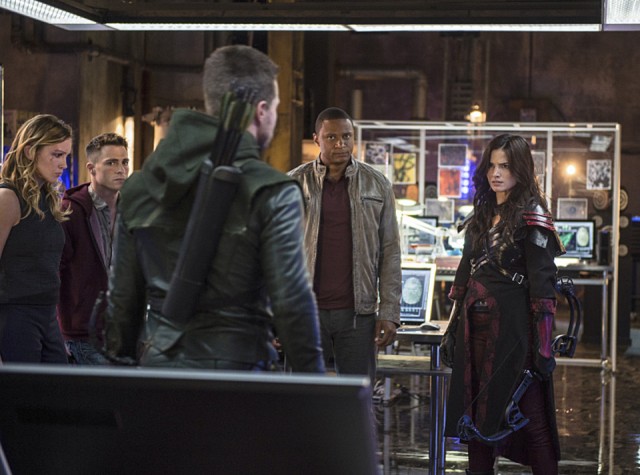 Guess who’s baaaack? Yup, not only is Malcolm Merlyn officially back in town and chewing up scenery all over the place (bless u, John Barrowman), but this episode also saw the return of Nyssa Al Ghul and the League of Assassins—and we finally met Ra’s Al Ghul too, who maybe might have killed Sara Lance a few episodes back possibly. Also, everyone is lying to each other all the time and having a lot of feelings. But it wouldn’t be Arrow without that, would it? Anyway, it’s starting to feel like the mystery of Sara Lance’s killer might take more than a few weeks to solve, and considering that Ra’s is being introduced so early into the season, I’m inclined to believe that it’s not actually him—or, at the very least, he won’t be the Big Bad. What did you all think?