All About Arrow: “The Climb” 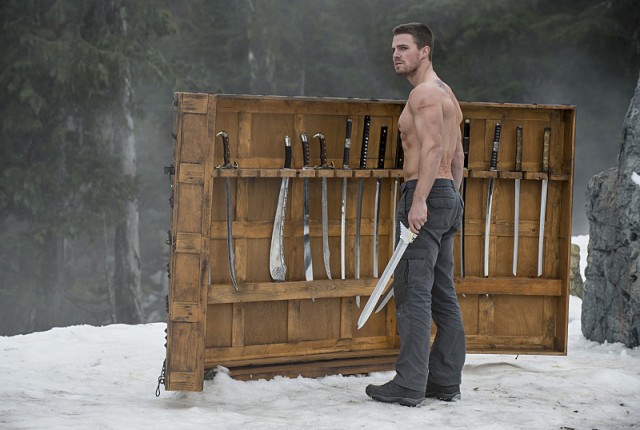 In which Arrow is more like Batman than ever!

That was about my reaction to the end of last night’s midseason finale of Arrow.  Yes, let’s put aside that the CW’s Oliver Queen is basically Batman and that his choice of dueling weapons was sword, sword, or yeah, sword. I did NOT see that coming. My first thought was that he would “kill” Ra’s, who would then be resurrected by Lazarus Pit (and hopefully be another actor) but now it looks like that may be Ollie’s fate, which could take us into some very interesting territory.

Share your thoughts on the episode—the “I love you,” the super suit, Thea’s get-out-of-jail-free card and more!