Interview: Ali Vingiano on Pushing Longform Content on Buzzfeed and Tearing Down Taboos

"Just being yourself and putting your work out there is political." 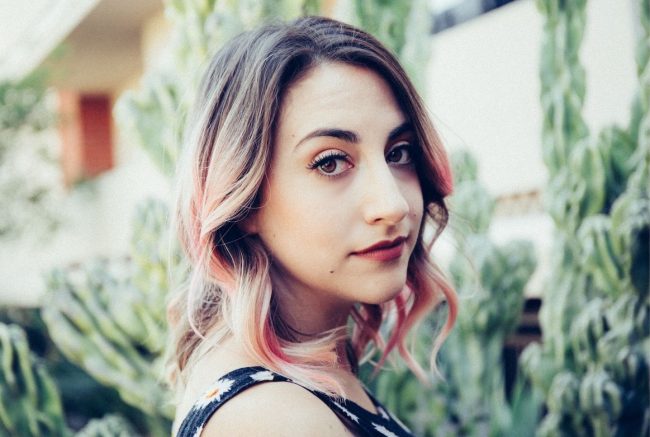 If you follow Buzzfeed videos, you’ll likely recognize Ali Vingiano. As a writer, filmmaker, and UCB-trained performer, Vingiano has been in comedic and relatable videos that the company has mastered like “What You’re Actually Like in Your Car.”

However, she’s also one of the producers behind the push in the longer narrative videos at Buzzfeed. These short films that take on heavier topics like assault, abusive relationships, and trauma were a departure from the light-hearted content internet users had come to associate with Buzzfeed, and absolutely resonated with viewers in a powerful way. One such video, “Unhealthy Relationships,” was notable in the way it took emotional abuse seriously, and moved beyond the heteronormative image of abuse.

In an email interview, Vingiano talked to me about the how she, along with Brittany Ashley and Steven Kanter, pushed for more longform content, how she addresses topics that are often treated as taboo, and how comedy can help take away the stigma.

I’m curious to hear more about the longform videos on Buzzfeed. Was there a shift to more short-film work? I feel like the most memorable ones I’ve seen have you on the team.

Thanks for saying that! There was never a longform initiative at BuzzFeed. I just wanted to focus on writing longer narrative videos, so I pushed on my own to focus on short-films, which is probably why I’m a part of the ones you’ve seen. Brittany Ashley and Steven Kanter were also a big part of it. It started because about a year ago Brittany Ashley and I wrote a slightly longer piece about abortion that we wanted to shoot. The video turned out to be about 8 minutes, and it got press and was well received, and that gave us the opportunity to make another in a similar vein.

That video was “Unhealthy Relationships,” a 15 minute short film about emotional abuse that blew up overnight. It now has over 16 million views on YouTube alone, which is insane. Neither of us predicted that kind of success. After that, I wrote “When I Saw Him Again” on my own. It doesn’t really sound like an easy pitch to any media company — hey I’m going to make a 22-minute video about rape, you guys cool with that?! But it got 3 million views in a week, and connected with so many people who reached out to me to share their own stories. It became clear that these successes weren’t a mistake. People wanted to watch quality longform content, and were eager to see more of it.

So while it wasn’t always easy to make that sort of work at a media company pushing short-form content, I am really proud of the videos that I did make there. I’m also proud of pushing and changing the culture at the company so that other people have the chance to make more longform videos on more serious topics. The last short film I made there was “Uncertain,” a video about infidelity I made with Steven Kanter in May.

You address a lot of sensitive topics in your work. Tell me about how you approach them with honesty and sensitivity. What advice would you give to creators making similar content?

I do address a lot of sensitive topics. I actually think that BuzzFeed commenters are starting to worry about me, like “Is this girl okay? All of her videos are about these fucked up topics.” (Yes, I’m fine!) I’m just drawn to things I haven’t seen adequately portrayed in media. I lot of people, especially women, are expected to suffer trauma in silence to make other people’s lives easier. That’s bullshit, because most thing considered “taboo” are normal and relatable, and that’s what I’m interested in. I want to write characters that are flawed, and confused, and all the other things that make people vulnerable and real, so that any man or woman could watch a video I’ve made about an eating disorder or sexual assault or STD and think “I could be friends with that person going through this experience.”

I don’t know if I’m qualified to give advice! All I can say is that I consistently ask myself “Is this the most honest version of this scene?” I’ll sacrifice a joke or a moment of tension or conflict if it makes the scene feel truer to life.

What are you geeking out about right now?

I’m rewatching Fleabag right now. I think that show is so genius. I hope that Fleabag and Big Little Lies win all the Emmys this year. I’m also loving this slew of summer movies. Wonder Woman, Spiderman, The Big Sick, The Little Hours, Rough Night, Girls Trip, Atomic Blonde, Dunkirk — I’ve been seeing movies every week and I love it.

You’ve done a lot of work related to social issues in different kinds of media (reporting, scripted, unscripted). Is there a way that you approach them differently and do you think each medium/genre lends itself differently?

Reporting and journalism I absolutely approached differently. But with scripted and unscripted videos, I try not to think of them too separately. Either way, you’re telling a story. In one, you’re writing a script before you shoot, and in the other, you’re writing in the edit afterwards.

Related to the above question which is, admittedly, a bit vague: the more comedic side of your work isn’t as heavy as some of the short films but I feel they serve an important role in demystifying and illuminating the more everyday sides of, say, being a woman. What role do you think the more comedic content plays in the media landscape?

Yes, I totally agree. Comedy is one of the most powerful things on earth. It’s funny because in some ways Trump has effected comedy — with SNL, and the President Show. I feel a new desire and obligation to be more political than ever. And what’s more powerful than creating something funny that also illuminates something about the world? I think it’s a perfect avenue to do that because so many people connect with and want to watch smart comedy.

With my own work, I think showing funny women who feel like they could be your friends coping with a certain “taboo” issue helps destigmatize those experiences. I’ve also made a lot of comedy videos that aren’t about taboo topics — They’re about relationships, and guys hitting on you, and missing your ex’s dog, and what you’re like in your car, and periods. Those videos might not change anybody’s life, but if it’s funny and makes you feel less alone in the world, that’s great. Just being yourself and putting your work out there is political.

Are there any great influences on your work as a creator or works that shaped you? Figures you really look up to?

In my early twenties I started watching a lot of web-series, and was really inspired by Abbi and Ilana of Broad City, and Issa Rae who did The Misadventures of Awkward Black Girl before making Insecure. I think those girls are the coolest. They just made shit happen for themselves, and it’s so inspiring. I’ve always looked up to Miranda July as well. I remember watching her short film “Are You The Favorite Person of Anybody” in high cchool, and that had a big effect on me. That, and Little Miss Sunshine. It’s my favorite movie of all time. And then of course, Amy Poehler and Tina Fey, who I watched religiously on SNL growing up.

What are some of the works you’re the most proud of?

Exes, When I Saw Him Again, Unplanned, and for some reason I’ll always have a special place in my heart for this video, When Guys Think You’re Obsessed With Them.