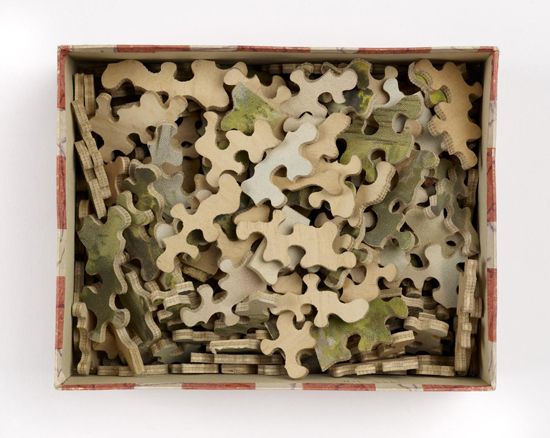 It what will surely be heralded as the beginning of the end, Andrew Gallagher at Cornell University has crafted a computer algorithm that can solve a 10,000 piece jigsaw puzzle in 24 hours. That’s nearly 7,000 pieces above last year’s record.

Gallagher’s algorithm processes so quickly by mimicking the way in which a human solves jigsaws. It can even work on multiple puzzles when the pieces are mixed together. That seems sufficiently advanced from what some humans can accomplish even.

The algorithm works by scanning the pieces for color patterns and comparing the patterns between multiple pieces. If a piece becomes progressively lighter from left to right, chances are that it should fit between a dark piece on the right and a lighter piece on the left.

It calculates a value for each piece and begins assembling the whole based on this. A key divergence from previous programs is that Gallagher’s works on multiple parts at once. It takes the best match and tries to build from there even if they don’t turn out to be adjacent.

Interestingly the algorithm is designed to work on square pieces only at current. These are traditionally more difficult to solve due to having no clues present in their shapes. With a little tweaking, it could likely work on a variety of applications like shredded documents or, shockingly, puzzles with irregular shapes.