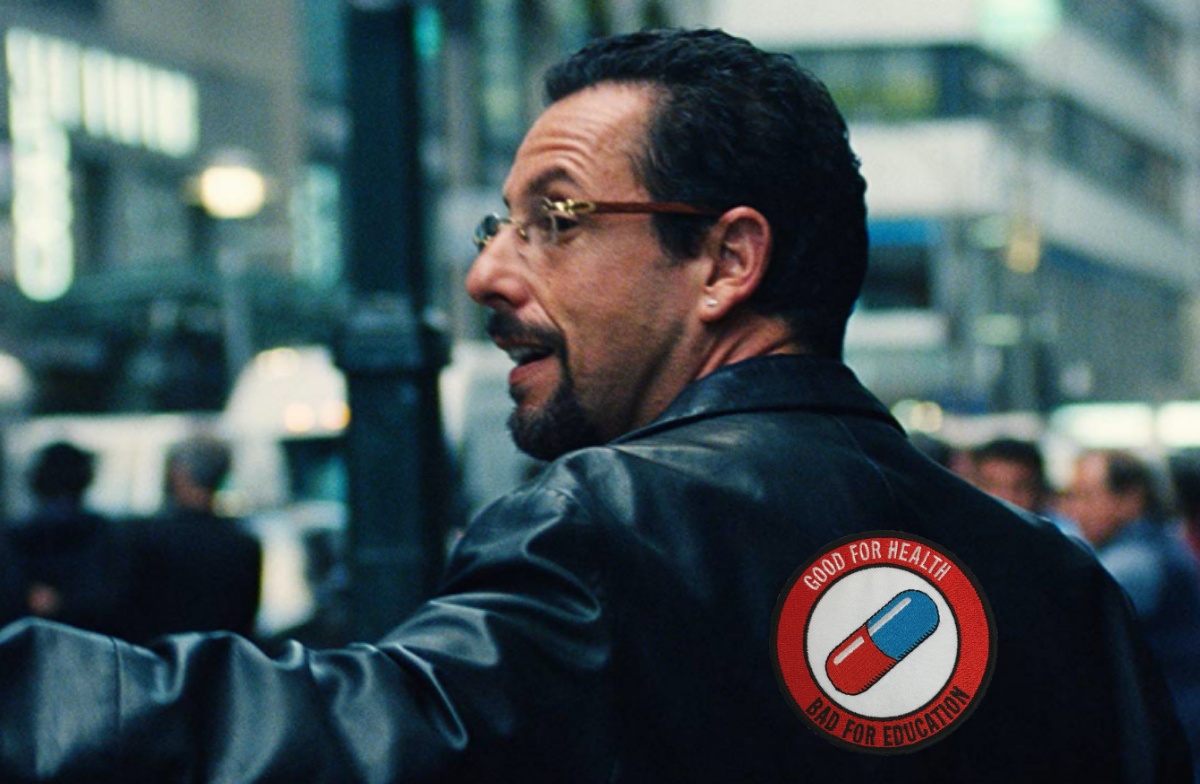 Ratner is in an obscene about of debt, and despite being threatened constantly, he keeps digging his hole deeper. Things take a turn when he gets possession of a rare and valuable black opal. It has the potential to get him out of debt if he can play his cards right.

Much like Hustlers, this film was interesting in setting a period drama in the early 2010s. Despite 2012 being only eight years ago, it seems like a different world compared to everything post-2016. Sandler is great in the role, but especially in one particular piece of music that caught my attention, the track “Windows.”

When the track began to play—and don’t worry, there are no spoilers—my weeb brain picked up suddenly and I was like … wait, I know this tune.

Daniel Lopatin, also known as Oneohtrix Point Never, composed the soundtrack for Uncut Gems, and there is absolutely no doubt that Kaneda’s theme influenced this song. He was asked about it by someone else, and he confirmed it on Twitter.

totally, It’s our love note to Kaneda building off the major key marimba vibe and then goes all wacky from there!

Other people thought the two tracks were so similar that they thought that the film had licensed the song from Geinoh Yamashirogumi. Personally, in a post-“Blurred Lines” world, I hope that someone did throw some money in Yamashirogumi’s direction, because while the music collective is still largely unknown outside of certain circles, they have created so many pieces of fine music, and the Akira soundtrack has been lauded for decades. If you’re going to take the sample and have it play as the foundation of the song, you should pay for it.

Plus, for anyone familiar with Akira, it’s almost impossible not to think of it during the sequence. It honestly added to my enjoyment of the film, and I think that OPN did a great job of picking the right moment to have it play.

Uncut Gems is a weird film—certainly not for everyone, but features some fantastic performances, cameos, and of course, music. Also, if you haven’t put on the Akira soundtrack in a while, give it a listen; it absolutely still holds up, especially if you have a really good sound system.