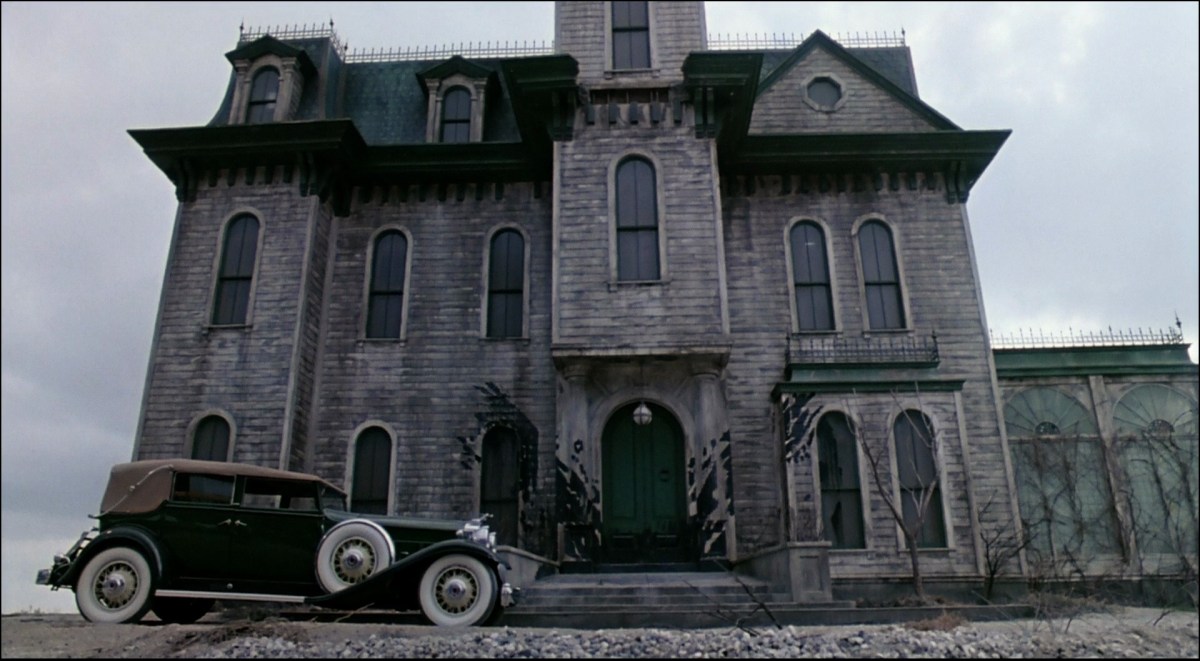 I know that, someday, the time will come when the appearance of my house makes a neighbor clutch their pearls and pray for my wellbeing. Not my current house, no, but someday, when I’m a real adult, I’ll have what’s being called a “witchy” house in this AITA (Am I The Asshole?) post.

A 31-year-old woman tells the AITA subreddit that she just bought her first home and decided to paint it. Honestly, depending on the shade of yellow the house was, I don’t blame her. (Bright colors can be hit or miss on a house.) The choice to use a warm gray with black trim sounds pretty safe to me, like when you watch a home remodeling show and they pick gray as a neutral color for potential buyers.

Also, it’s her house, so it should be her choice.

Apparently, one of her neighbors didn’t agree.

While I’d like to believe that people aren’t actually that pressed about the paint color of someone’s house, I know, as a homeowner, that neighbors really do be like that.

Bringing up “property value” is a technique as old as time when it comes to someone judging the shape of your house. I say this as someone who used to live next to the old woman on the block who always had something to say about the neighbors—and the folks who owned the house my wife and I live in now.

Also, homeowners’ associations are a thing in certain neighborhoods.

That being said, when you hear stories about a neighbor not liking the paint color, it’s always something outlandish, not … gray. I expect to see a house that ends up on a Netflix special about “wackiest houses around the world” and not, gasp, black trim. Apparently, it’s cause for concern, though, as this vanilla wafer of a neighbor yells at the woman AND accuses her of having a, quote, “witchy” house.

“Am I the asshole for letting my hut on fowl’s legs shit in the neighbor’s yard”?

This is fucking badass. There aren’t enough black houses, if you ask me.

Basically, when you say “witchy,” my brain defaults to four things: 1) a grand, Victorian beauty that you pray a frat house will never invade, 2) The Addams Family, 3) the house with the best Halloween decorations that passes out the best candy, or 4) that old, abandoned house on the block that kids dare each other to go in.

“Witchy” evokes a gothic aesthetic—at least, for me it does. Cool, iron fences, maybe a gate to step through to walk down a cobblestone path toward the porch with a gargoyle standing guard. The doorbell would play a spooky jingle, and the front door would have a wreath made of dark roses.

This neighbor’s definition of “witchy” is so unseasoned.

Needless to say, most everyone agrees that this new homeowner is not the asshole—whether she actually owns a gothic masterpiece or just a house that isn’t yellow anymore. Bonus? The bland neighbor can’t run to an HOA to attempt to get the house repainted. Truly a blessing, as neighbors like that tend to be so persistent that they get their way just to shut them up.

Bonus the second? The new homeowner has planted flowers with darker shades in her front yard.

There isn’t any sort of HOA, OP can do what she wants and the neighbor can kick rocks. pic.twitter.com/k4NA6YgHGS

If it were me, I’d go and get the mail wearing a witch’s hat. Every. Single. Day.