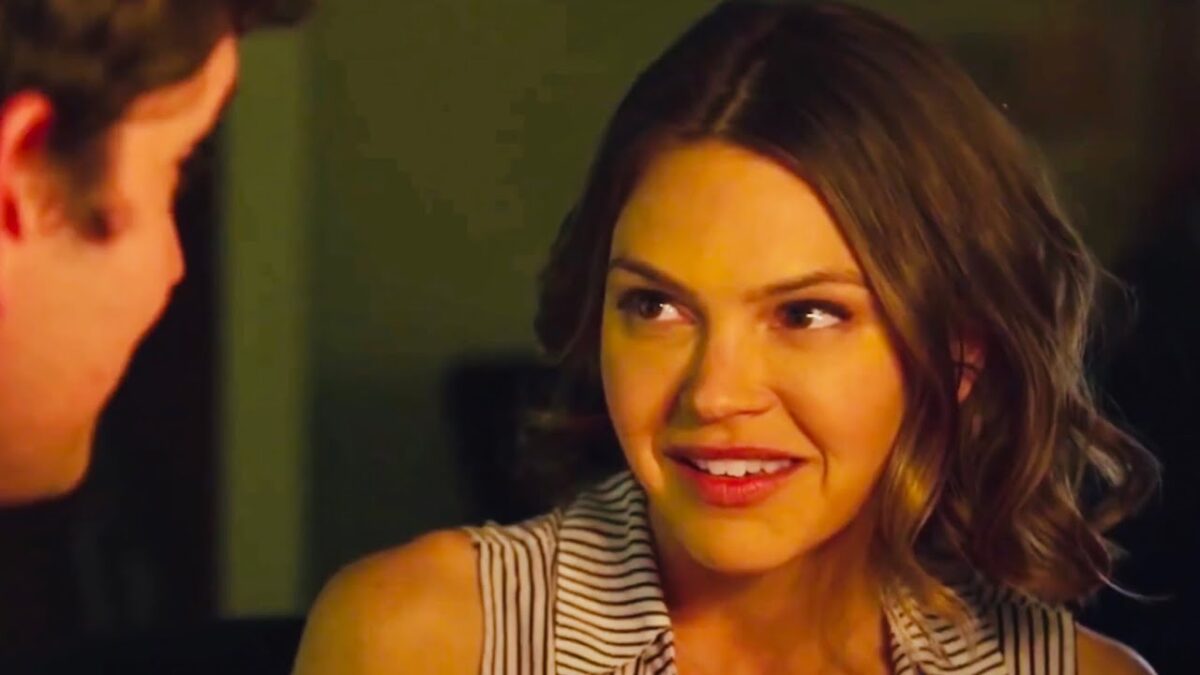 Sometimes you need movies of pure nonsense to bring you joy in the midst of … everything else, and typically, those movies include Pauly Shore—or at least that’s the case for Guest House. Starring Shore, Mike Castle, Billy Zane, and Aimee Teegarden, Guest House focuses on a couple (Castle and Teegarden) buying their first home together. The problem? It comes with a tenant in the guest house who doesn’t pay rent and basically gets away with whatever he wants.

A movie that is meant to just make us laugh, Guest House is kind of a perfect movie for 2020 in the sense that we can just forget everything for a little while and laugh at the antics of Pauly Shore. Getting to talk with Aimee Teegarden about the film, one thing is pretty clear: She has … the coolest onscreen dads.

THE MARY SUE: I really liked the movie, but I do have to admit, I just also binge-watched Friday Night Lights for the first time over quarantine, so I have to say … you have a track record for having the coolest dads in movies and on TV.

AIMEE TEEGARDEN: RIGHT?! It is something that I will have to say I’ve had some amazing fathers on set. And in real life too, though.

THE MARY SUE: But, with Guest House, I liked that it was just pure nonsense from start to end, and so I wanted to know, what drew you into it and got you into playing Sarah?

AIMEE TEEGARDEN: Yeah, the movie is an irreverent comedy to the max. Insane, a huge break from the reality we’re all living in at the moment, and for me, the biggest drive to it was that it was something that was so different from something I’ve done in the past. As much as I’m known for Friday Night Lights and what an amazing experience that whole show and cast was in my life, comedy is actually what I gravitate towards. So it was just an amazing opportunity to work with some amazing people and shoot something that was just insane and crazy and fun and work with some great actors, and that sort of was the hook for me.

THE MARY SUE: What about comedy specifically and what kind of comedy inspires you?

AIMEE TEEGARDEN: For me, growing up, I used to watch I Love Lucy every day on TV. It’d come on in like the afternoon in a two-hour block, and I idolized Lucille Ball and the thing she could do with people and she could drag you into the moment. And I think acting, obviously, is the ability to make people feel and to make people see a different side of things, and comedy is … it’s a lot harder to make someone laugh than it is to cry, and the ability to bring levity to life is an amazing feeling.

And just in general. I think with everything going on, I find myself being drawn to comedy, it’s something we sort of use entertainment and media to sort of escape, and that’s the hope with this film. It gives people a bit of a break to just chill out and laugh and laugh at the insanity that goes on in this movie.

THE MARY SUE: And you said people know you for Friday Night Lights, but I also think that Friday Night Lights can be comedic in a lot of ways … which is maybe just watching it in 2020, but you have this ability to play the straight man that hasn’t really been attempted before because straight men are always kind of … normally they’re the butt of the joke, but you have this ability to play the straightness of a scene and it’s really fun to watch. Especially in Guest House, because Sarah is kind of on the outside of everything happening but still has her moments, and is that where you fit in most as an actor? Or do you want to branch out into playing those more outrageous characters and stuff like that?

AIMEE TEEGARDEN: I think there is a rhythm there that I understand and that feels in some ways more comfortable and safe and being a support to the other actors around me. And I think with this film, without that having that emotional honesty, the entire film is just a million colors on the canvas. But yeah, sure, if I got offered Pauly Shore’s role, I’d be like … why not, let’s take it on! But just having those moments, that’s the amazing thing I get to do as an actor and an artist is put on all these different hats and try these different things.

THE MARY SUE: In that same vein, what is something, as a creative, that you want to do that you haven’t had the chance to yet?

AIMEE TEEGARDEN: Oh gosh, I think, as an actor, I’d love to do like a superhero film. Or some sort of film that is physically intense. To be able to go through some martial arts training or something that’s really physically demanding, I think that is something that would be such a fun, great growth opportunity.

THE MARY SUE: Yeah, and you kind of already look like a Gwen Stacy, so that could work perfectly.

THE MARY SUE: So, as we said, you’re known for Friday Night Lights and, along with yourself, this movie has some big names. Like, I’m still fascinated by the fact that Billy Zane plays your father. So, going into it, was it kind of just like “Cool, I get to work with Pauly Shore and Billy Zane,” or was it just like you were all a part of something that was meant to be pure, happy nonsense to distract—well, back then we didn’t have to worry about distractions as much but—

AIMEE TEEGARDEN: Yeah, right now it’s just “whatever distracts, distraction, whatever some suggesting me selling houses on the beach for millions of dollars” like I can’t watch it anymore! Um, I think for me, it was … Pauly Shore, to me, was the goofy movie guy growing up, right? And then sort of Pauly’s brand and really getting to know Mike Castle, who plays Blake, my fiancé/husband, and he was such a giving actor and was so wonderful, and we were sort of talking about sort of our characters and how we sort of wanted to play the whole thing through, and then as we got further and further in production, they were like, “Oh yeah, Billy Zane’s your dad,” and I was like “Titanic Billy Zane?” and he was just … such a doll as well. And then Lou Ferrigno—

THE MARY SUE: Yeah that was the greatest cameo. All of a sudden I’m like “Is that Lou Ferrigno????”

AIMEE TEEGARDEN: He’s just so funny, and his son was also on set, as well. He played like my ex-boyfriend, and he was just giving his son such shit on set. And it was just hilarious to watch, and Chris Kattan was phenomenal and giving as an actor before we did—he has this delivery boy scene and I kind of attack him and he was kind of like “Whatever you want to do, just do it, I’m totally here for you to help support you,” and that was pretty amazing, to just be given full reins and be kind of, in a way, directing that scene and playing it out and just working with some great, wonderful, giving actors.

THE MARY SUE: To end, I like to ask what you hope audiences get out of the film—

AIMEE TEEGARDEN: Oh gosh, what I hope audiences get out of this film is a break, just to laugh. If they can get one laugh out of the film, we’ve done our job.

Guest House is available On Demand and Digital September 4th.