Agent Carter Returning to Television, Though Probably Not Like How You Remember Her 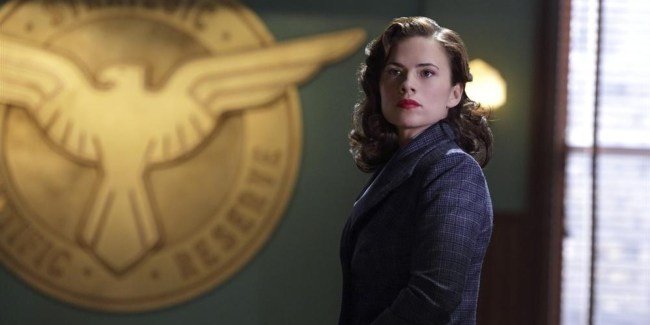 While many fans have been clamoring for a return of Agent Carter, it seems all the major networks (online and otherwise) haven’t exactly been listening. That changed earlier this weekend–though not in the way that many fans might be expecting.  Reprising her role as Agent Carter will be Hayley Atwell, who fought alongside fans for a return of her series. This offering seems to be something of a compromise between the fans and Marvel, and in the absence of a full, live-action show, it seems like a fair one overall.

Agent Carter will be joining other Marvel luminaries such as Black Panther, Ms. Marvel, Captain Marvel, Ant-Man, The Wasp and Vision in something of an ensemble cast. Secret Wars is the title for the fourth season of Disney XD’s Avengers Assemble series; think big, major story arcs as opposed to spin-offs or offshoots. How Agent Carter will be joining the “modern day” Avengers cast remains unrevealed, though given the fact that this is an animated show based on comic books, I’m sure some time warp or magic reality-bending hijinks will abound.

While I’m stoked that they’re open to keeping Atwell around in her Agent Carter role, I really think that there are so many stories in her world that are yet to be told. The last season of Agent Carter proved to be something of a divisive one; many folks felt that the quality had declined somewhat, though a few of us here at TMS begged to differ. What was clear, though, was the fact that both the setting and the character were very strongly loved.

Obviously the MCU and the cartoon universes are completely separate entities, but if this series receives a strong audience and critical reception, who knows what this could mean for our favorite Agent?

That said, what are you hoping to see from Agent Carter on Marvel’s Avengers: Secret Wars?