I must be the healthiest girl alive. 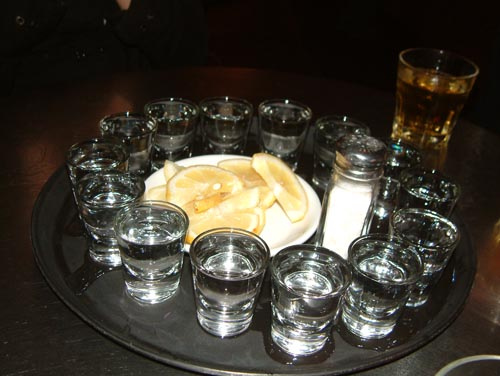 America has a surprising new ally in our fight against diabetes and obesity: Dr.Jose Cuervo. New research shows that ingredients found in tequila may provide the healthiest way ever of satisfying your sweet tooth, and no, not all of that research was conducted on St. Patrick’s Day this past Monday.

López explained in a press release:

“We have found that since agavins reduce glucose levels and increase GLP-1, they also increase the amount of insulin… Agavins are not expensive and they have no known side effects, except for those few people who cannot tolerate them.”

Agavins, like other sweeteners made from sugar fructose, actually improve digestion and intestinal microbial health. My personal research into tequila’s impact on digestion have proven otherwise, but Lopez knows what she’s talking about–she had an entire team of mice on which to test her theory.

López and her researchers found that mice fed a standard diet and agavin-sweetened water lost more weight and had lower blood glucose levels than mice given glucose, fructose, sucrose, agave syrup or aspartame instead. I imagine these mice also did body shots off each other and bitched about their exes, but that’s neither here nor there.

López says the study represents “the first attempt to evaluate agavins as sweeteners in spite of their lower sweetness compared to sugar.” However, the health risks of adjusting taste by adding an extra spoonful are less than with sugar or any other sweetener alternative, so everyone stock up on lime wedges and salt. You can’t get drunk off agavins, but we should still definitely try.