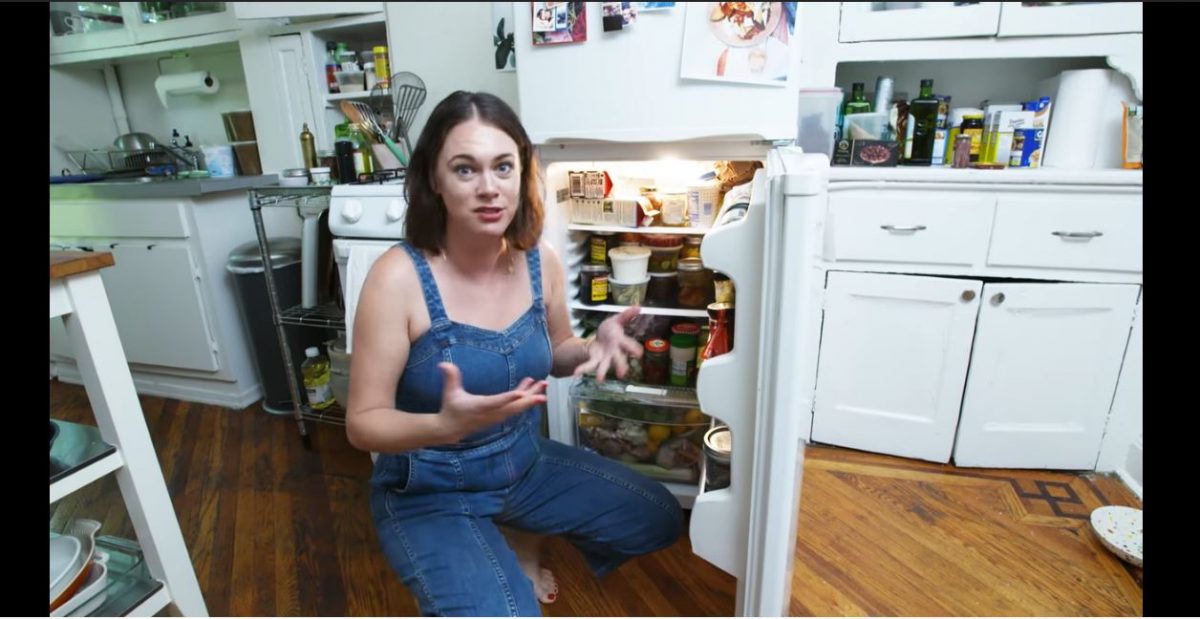 Chef and cookbook author Alison Roman has issued a public apology to Chrissy Teigen and Marie Kondo, after calling both women “sellouts” in an interview with The New Consumer. Her rude comments have been met with swift and merciless internet justice, which roundly roasted her for speaking ill of the two successful women of color.

It’s especially galling in light of the fact that Teigen is one of the executive producers of Roman’s upcoming TV show. Also, the argument of “selling out” is such a middle school slam, a term bandied about by people of privilege who are jealous of other people’s success. “Selling out” is also known as “making a living,” and slamming women for being successful and turning their skills into empires reeks of envy and immaturity. Especially when Roman herself is aiming to do the exact same thing with her own line of cooking tools and a series of antique spoons. *rolls eyes*

After some flippant remarks about the controversy, Roman (or her handlers) reversed course and the chef released a long apology to Twitter.

I’ve thought a lot this weekend about my interview and the things I said. I know this is a lengthy note (succinctness has never been my strong suit). I appreciate you taking the time to read. pic.twitter.com/3iGAyN3c9d

The New York Times columnist wrote, “I need to formally apologize to Chrissy Teigen and Marie Kondo. I used their names disparagingly to try and distinguish myself, which I absolutely do not have an excuse for … I need to learn, and respect, the difference between being unfiltered and honest vs. being uneducated and flippant.”

Roman also discussed her insecurity and acknowledged her white privilege in the apology, writing, “My inability to appreciate my own success without comparing myself and knocking others down—in this case two accomplished women—is something I recognize I most definitely struggle with, and am working to fix. I don’t want to be a person like that.”

She continued, “I’m a white woman who has and will continue to benefit from white privilege and I recognize that makes what I said even more inexcusable and hurtful, … The fact that it didn’t occur to me that I had singled out two Asian women is one hundred percent a function of my privilege (being blind to racial insensitivities is a discriminatory luxury).”

Teigen responded to the apology in her typical witty and self-effacing style, tweeting:

I don’t agree with the pile-on, ppl waiting with bated breath for apologies, deciding if that apology is good, the ppl who say u were right & never needed to in the first place – there are so many different types in this kind of situation & tbh, I just want it to be over

Eventually, I realized that once the relatable “snarky girl who didn’t care” became a pretty successful cookbook author and had more power in the industry, I couldn’t just say whatever the fuck I wanted. The more we grow, the more we get those wakeup calls.

I often comment about how I wish I could get away with what I used to, now, but the truth is, I don’t. I’ve learned a fuckton from my years being watched (& read) and I can really say it makes you a better person! It makes u think about the impact of what u say/who it might hurt

And honestly, for the past few days, every time I saw a shallot I wanted to cry, but I do appreciate this and hopefully we can all be better and learn from the dumb shit we have all said and done.

It’s a thoughtful response to the internet shitstorm Teigen has found herself in, and a valuable lesson that Roman is now learning. With great celebrity comes great responsibility to not make an ass of yourself and offend people. Ironically, Roman’s jabs at Teigen and Kondo over authenticity come from a place where we equate “telling it like it is” with some greater honesty. When in fact, it’s just being rude and makes you look like an ass. It’s called being professional, people.

Teigen ended her thread with a reference to Marie Kondo, who decided that none of this sparked joy and refused to involve herself in the drama.

and if anyone needs a lesson on how less is more, please look at the amazing Marie Kondo, who so very wisely didn’t say shit through any of this.