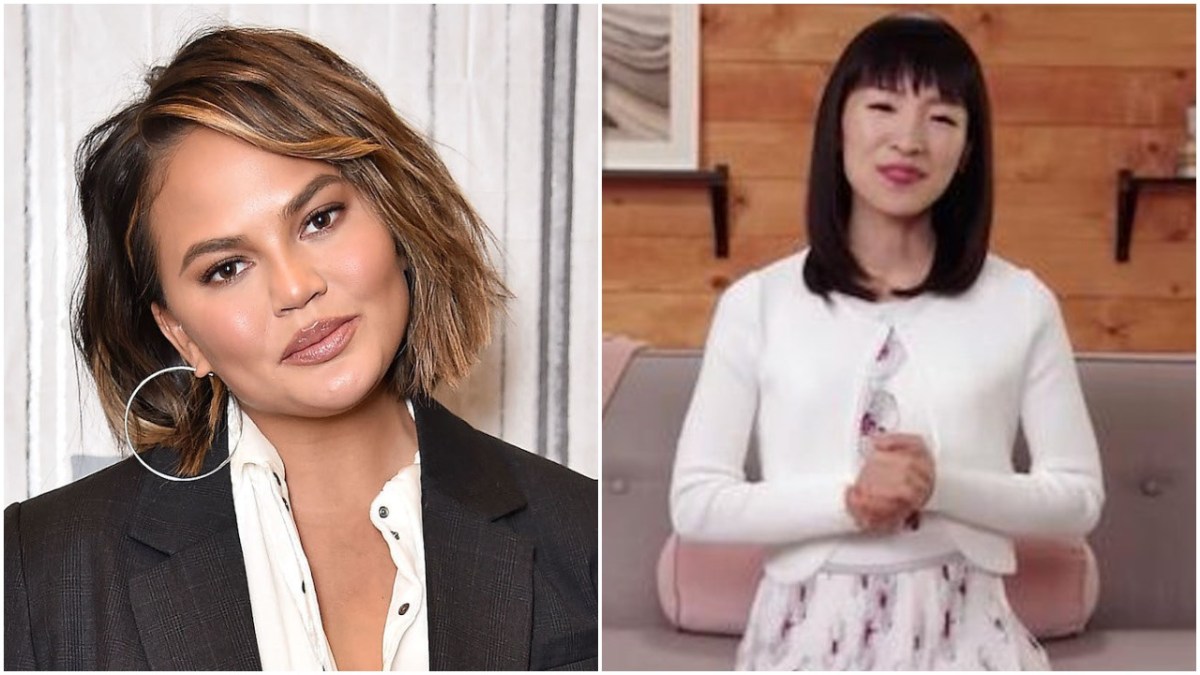 Up until this weekend, I had no idea who Alison Roman was. I’m sure I’m not the only one who was confused by why the name was suddenly trending, and even more why she came for two women of color over “authenticity” in an interview: Marie Kondo and Chrissy Teigen. After digging into what happened, I’m pretty comfortable not remembering Roman.

Alison Roman is a chef and cookbook author, who is a popular guest on talk shows and Instagram live. She’s a columnist for the New York Times and the author of cookbooks including Nothing Fancy. She’s cute and blonde and her Instagram is a scrapbook of artfully composed snaps of her food and life.

Like many cooks on Instagram, her popularity has exploded during the coronavirus lockdown as people turn to social media to feel connected and to learn how to make something tasty. Thanks to that growing notoriety, Roman was recently featured in an interview and profile by The New Consumer. What could have been her moment to step into the limelight and level up turned into a disaster where she spent a lot of the interview talking down at influencer culture and specifically criticizing other women as sellouts.

In the interview Roman makes an okay point—for herself and her own brand—that putting her name on a line of products doesn’t really add anything to the market but her name on products that people already have. She says she doesn’t want to add to an already crowded market, or make things that people don’t need. That’s fine, and she’s allowed to make that decision where her name is concerned. But in making that point, she’s incredibly dismissive and mean to other women who do have product lines. And she came for the wrong women:

Like the idea that when Marie Kondo decided to capitalize on her fame and make stuff that you can buy, that is completely antithetical to everything she’s ever taught you… I’m like, damn, bitch, you fucking just sold out immediately! Someone’s like “you should make stuff,” and she’s like, “okay, slap my name on it, I don’t give a shit!”

Roman also took aim at Chrissy Teigen, which was sure to be a social media disaster, considering Teigen’s massive following across platforms (more than 12 million on Twitter alone).

Like, what Chrissy Teigen has done is so crazy to me. She had a successful cookbook. And then it was like: Boom, line at Target. Boom, now she has an Instagram page that has over a million followers where it’s just, like, people running a content farm for her. That horrifies me and it’s not something that I ever want to do. I don’t aspire to that. But like, who’s laughing now? Because she’s making a ton of fucking money.

(To be clear, Roman is, at current, collaborating on something of a bespoke cooking line, as she mentions in the article: “It’s limited edition, a few tools that I designed that are based on tools that I use that aren’t in production anywhere — vintage spoons and very specific things that are one-offs that I found at antique markets that they have made for me.” She seems to be of the opinion that “rare” and likely much more expensive products are somehow more authentic than what can be found at Target.)

There are so many problems with Roman’s statements, which internet denizens have been angry with her for since Thursday. For one, she’s buying into a common, but inaccurate misconception of Marie Kondo. The Netflix star never told anyone to throw out everything or toss out their books, only to get rid of stuff that didn’t spark joy. That Kondo would have a product line of containers to better store and feature the things we really want to keep makes total sense and is in line with her message. And she also offers beautiful items to add to the aesthetic of one’s space.

Roman’s critiques of Teigen are similarly misinformed, and also hurtful, something that Teigen herself took to social media to call out. Teigen tweeted: “this is a huge bummer and hit me hard. I have made her recipes for years now, bought the cookbooks, supported her on social and praised her in interviews. I even signed on to executive produce the very show she talks about doing in this article.”

She went on: “I started cravings because I wanted something for myself. I wanted something John didn’t buy, I wanted something to do that calmed me, made me happy and made others happy, too. Cravings isn’t a “machine” or “farmed content” – it’s me and 2 other women. I didn’t “sell out” by making my dreams come true. To have a cookware line, to get to be a part of that process start to finish, to see something go from sketch to in my hands, I love that.”

Teigen noted that she was envious Roman was able to write a cookbook that was just about the food, not her face on the cover. “I don’t think I’ve ever been so bummed out by the words of a fellow food-lover. I just had no idea I was perceived that way, by her especially. And Marie, too. Marie is awesome,” she added.

The fact that Roman chose to call out Teigen and Kondo, two women who have built admirable empires based on very authentic brands, is sad and troubling. There are hundreds of influencers out there that are the product of “content farm” (some are even literally not real people) but the reason people love Chrissy Teigen and Marie Kondo is that they are unique and their messages are important and relatable.

The way Roman speaks in her interview about “selling out” really reeks of privilege and snobbery. She doesn’t want to be like those other girls. But she didn’t need to cut down other women in order to make clear her own thoughts about “authenticity.” And she certainly did not need to only call out women of color. Many Twitter users noted that Roman didn’t mention, say, Gwyneth Paltrow, whose Goop brand has been built on a lot of questionable products.

Her first responses to the explosion in criticism were not great, with Roman seeming to claim that she was the one being bullied.

when women bully other women for being honest about money and how much they do or do not make, well, thats amore

Roman eventually tried to apologize on Twitter—directed at Teigen—but even this came across as somewhat passive-aggressive, still casting some blame elsewhere.

Being a woman who takes down other women is absolutely not my thing and don’t think it’s yours, either (I obviously failed to effectively communicate that). I hope we can meet one day, I think we’d probably get along.

Chrissy Teigen and Marie Kondo got all the success that Alison Roman finds so distasteful by being their authentic selves. Luckily for Roman, when she showed her authentic self, she assured that she’ll never have to deal with being that successful.