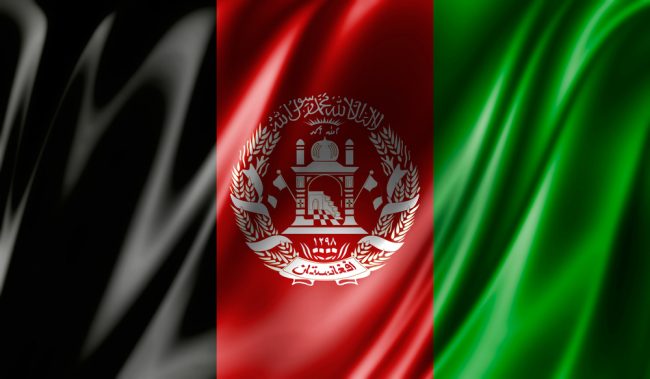 After being denied their visas twice, a six-girl robotics team from Afghanistan finally made it to the FIRST Global Challenge in Washington, D.C. There, the girls demonstrated their robot in competition against teams from more than 150 other countries, including a refugee team and teams from the nations on Trump’s infamous travel ban.

Though their robot was not a top finisher, the Afghan team was awarded a silver medal for courageous achievement, officially named the Rajaa Cherkaoui El Moursli Award for Courageous Achievement, at the closing ceremonies – a recognition of how hard they had to fight just to be there. From pushing back against sexist ideas about women and education, to finishing the challenge despite receiving their materials later than all the other competitors, to traveling hundreds of miles just to apply for their visas, they had to work three times as hard for privileges that many of the other teams could take for granted. The two other teams recognized for their courageous achievement were South Sudan, who took the gold, and Oman, who took the bronze.

(The Challenge’s other awards had similarly reflective-of-real-life names, including the Dr. Mae Jemison Awards for International Unity, the Ustad Ahmad Lahori Awards for Innovation in Engineering, and the Zhang Heng Awards for Engineering Design. It’s almost like STEM isn’t exclusively pioneered by white dudes…Who knew?)

Though girl competitors at the Challenge were outnumbered 830, to 209, Al Jazeera reports that at least five other nations were also represented by all-girl teams: Ghana, Jordan, Palestine, the United States, and Vanuatu.

In addition to the success of Afghanistan’s team, one of the other heartwarming stories from the FIRST Global Challenge was the collaboration between the Iranian team and a group of U.S. high school students. Due to the sanctions against Iran, the Iranian team did not receive the materials for their challenge at all. And so while they designed the robot, they had some help assembling it from students at George C. Marshall high school in Falls Church, Virginia. “Our team this year has some American members,” they wrote on their team page. “Because we didn’t have a pack and our friends in Washington made our ideas as a robot. Mr. Sam Allen. Dear Elena, Kiki, Christian, and the other kind person.”

However, among all the joyful stories, there’s also a sad close to this competition. The six teens representing Burundi have gone missing. While two of the teens were seen crossing the border into Canada, the other four have not been located yet. Anyone with helpful information about their whereabouts is urged to contact authorities at 202-727-9099.

While I’m sure the FIRST Global Challenge will eventually transform into some horrible branding opportunity for a giant tech company, all these stories about young students helping each other to build robots and celebrate STEM are undeniably wonderful – and I’m especially glad that these girls got a chance to compete after all they went through.

Next year’s competition will take place in Mexico. One hopes that by then we’ll have a world without Trump’s gruesome travel ban – and one without a new, equally gruesome wall between the competition’s first home and its second.

(Via Al Jazeera and Washington Post; image via Shutterstock)