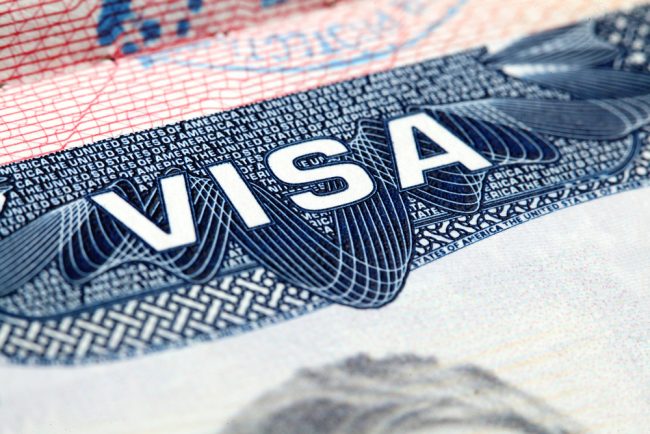 After being initially denied their visas, an all-girl robotics team from Afghanistan has been allowed to enter the U.S. in order to compete in the FIRST Global Challenge in Washington, D.C. from July 16-18. The six girls have already landed safely at Dulles International Airport, where they were greeted by the Afghan Ambassador, Hamdullah Mohib.

“Seventeen years ago, this would not have been possible at all,” Mohib said in an interview. “They represent our aspirations and resilience, despite having been brought up in a perpetual conflict. These girls will be proving to the world and the nation that nothing will prevent us from being an equal and active member of the international community.”

The girls were initially denied their visas for the FIRST Global Challenge robotics competition after traveling hundreds of miles to apply at the U.S. embassy in Kabul – twice – and after completing the challenge despite receiving their materials much later than the other teams. Approximately 160 countries sent teams to the competition, including countries on the “Muslim ban” list like Iran, Sudan, and Yemen. Gambia, the only other team initially denied their visas along with Afghanistan, eventually received them as well.

The Afghan team will now be allowed to enter the U.S. – but not with visas. Instead, they were granted “parole,” which allows them to remain in the U.S. for 10 days. Parole can be granted in “exceptional circumstances” to admit foreign citizens who don’t qualify for a visa. In the case of the girls’ team, the Department of Homeland Security concluded that “there was a significant public benefit” in allowing the girls to attend their competition.

The granting of “parole” came, in a head-spinning twist, after an intervention from Trump himself. According to Politico, he “became aware of the case and asked officials at the National Security Council to see what they could do. After those officials talked to counterparts at various agencies, the Department of Homeland Security agreed to allow the girls in.”

I mean, am I glad he did something that’s not completely vicious and selfish for once in his life? Obviously. Look at these budding engineers, getting to travel the world and meet other young STEM women. My heart! Our nightmare-in-chief made that possible.

But I have no doubt that it was thanks to Trump’s obsession with his self-image that this happened. (I mean, look at how Ivanka immediately used this occasion for her “feminist” branding.) Or maybe someone in the White House didn’t like the optics of this news story as the travel ban heads for the Supreme Court. And until Trump protects federal funding for the sciences, or ensures the safety of all the young DREAMers living right here in the U.S., or demands protections for women in the workplace, I won’t be trumpeting his commitment to women in STEM.

No credit given ’til the credit’s deserved.

But I’m still so happy for these girls, who are now one step closer to their team mission statement: “We aim to transform the culture of our community through the STEAM program and become some of the young leaders of science and technology. We want to develop and explore our minds and creativity and maybe unveil the genius inside of each one of us.”

(Via Politico, CBS News, and NPR; image via Shutterstok)