Ben Affleck to Donate Weinstein Residuals & Be “Part of the Solution,” Hopefully Including Admitting He’s Part of the Problem 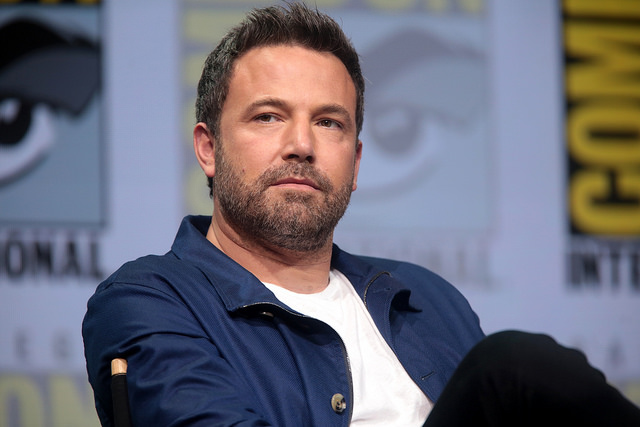 One hopes—one always hopes—that something like the recent focus on sexual harassment and assault in Hollywood and elsewhere would inspire people to examine their behavior and correct what needs correcting. No one is perfect, and the best any of us can do is acknowledge what we’ve done wrong and take steps to do right. However, the second part of that can’t be done without the first. Someone should tell Ben Affleck.

As reported by Vulture, during a recent press junket for Justice League, Ben Affleck talked about sexual harassment/assault and what men can and should be doing about it. He says that he is “looking at [his] own behavior and addressing that and making sure I’m part of the solution.” What he doesn’t do is get into specifics about what he thinks “his own behavior” includes.

I hope he eventually does, because it’s important that he understands it before real steps forward can be taken. Here are some of the things he should consider:

Yes, I know that the younger Affleck and his accusers signed an NDA after settling. Ben didn’t. Yes, I know that Casey is his little brother, and it’s only natural that he’d want to protect him. You know what? Bob Weinstein is Harvey Weinstein’s little brother. Being related to someone accused of a crime doesn’t absolve one of the ethical obligation to speak out against that criminal act in order to protect others.

Let’s just say that innocent people have accusers sign NDAs to not talk about a case, and Casey Affleck didn’t do what his two female producers accused him of. The elder Affleck could assert that, while at the same time affirming that if his brother did do something like that, he would condemn it and call him out on it. CBR.com reports that Affleck is taking a page out of the Kevin Smith playbook and donating all future residuals from Miramax and Weinstein Company projects to two non-profits:

“[O]nce Kevin suggested that, I decided to do the same thing, so I’m giving any further residuals that I get from either a Miramax or a Weinstein movie will go either to FI or to RAINN. One is Film Independent and the other is a women’s organization, and I just didn’t want to cash any more checks from the guy, you know?”

I agree that this is a great idea, and I hope it becomes more of a trend. However, it’s only one step. You can’t be a “part of the solution” while ignoring the most important parts of the conversation just because they hit too close to home. You can’t absolve yourself of the guilt of taking Weinstein’s money while also not talking about the fact that you’ve known about Weinstein’s behavior all along, and are only taking this drastic step now because it’s become so public.

More important than money is understanding, an understanding of how his actions (or lack of action) have contributed to the Weinsteins of the world existing. How his behavior toward women in the past was never okay, regardless of whether or not it was “as bad” as what Weinstein did. That’s not the point. The point is that it all contributes to a culture in which treating women like this is made normal.

And it is not. Normal.