Attention: Pete and Pete (Danny Tamberelli and Mike Maronna) Have a Podcast 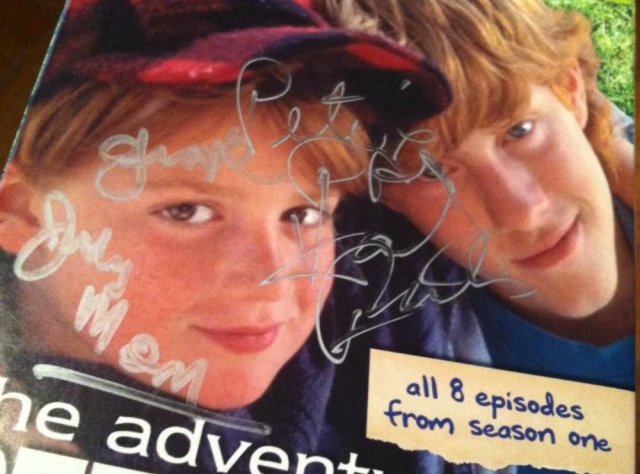 The Adventures of Pete & Pete was one of the best things about growing up in the 90’s, and fans of the show should be thrilled to know that the Petes themselves, Danny Tamberelli and Mike Maronna, have started a podcast appropriately titled The Adventures of Mike & Danny. Pipe!

The show is based around the premise that every month Tamberelli and Maronna’s friend and co-host Jeremy Balon sends them on an adventure, and the three talk about the results. The first episode went up on September 10th and it features guest comedian Kurt Braunohler.

For their first adventure, the Petes went to the Portland Petesfest where they and other cast members met with fans of the show. There’s a pretty even blend of reminiscing about Pete & Pete, talking about the adventure they were sent on, airport drinking, and extensive discussion of candy and drinking soda through Twizzlers.

It’s not exactly like getting more Pete & Pete, but it’s probably the closest thing to it meaning we instantly love this podcast.

A new episode is expected to go up every month, and it’s probably best to listen to them through a Krebstar 2000 when you’re home on a sick day.

(via The Adventures of Mike & Danny, image via Stephanie Tickle)