Come on, grab your friends! 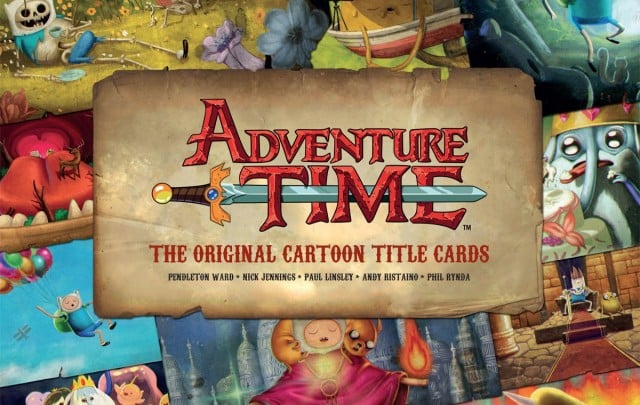 Fans of Adventure Time know to expect a surreal, and occasionally psychologically disturbing ride during each episode they watch. But just in case you didn’t know a thing about the show and were tuning in for the first time, the gorgeous, “misleadingly unrelated” artwork that begins each story could probably clue you in. Now the title cards have been collected into an art book all their own, complete with fascinating insights from the show’s creators and illustrators.

Adventure Time: The Original Cartoon Title Cards features the still images that open every episode of the first and second seasons, as well as earlier concept art and prior versions of each card. Show artists Pendleton Ward, Nick Jennings, Paul Linsley, Andy Ristaino, and Phil Rynda provide brief descriptions of what went into the cards, discussing the process by which they were constructed and citing their various influences—which include (but are certainly not limited to) pulp and romance novel covers, Dungeons and Dragons illustrations, the work of fantasy artist Frank Fazzetta, Texas Chainsaw Massacre, old ’70s martial arts films, Murder on the Orient Express, and even Thomas Kinkade landscapes. 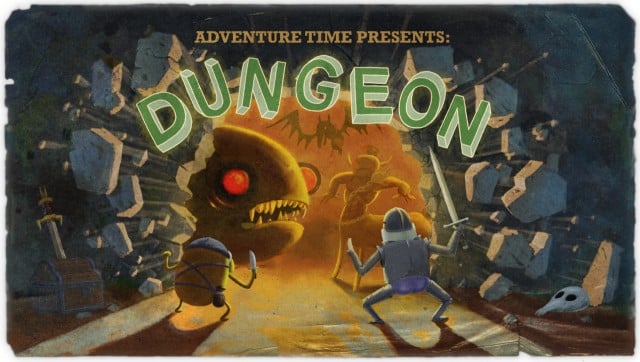 Nick Jennings says that this piece was very specifically inspired by Dungeons and Dragons, in which “the heroes are encountering monsters and going into different rooms. It embodies the show and this episode explicitly.”

In the interest of full disclosure, I am a a giant sucker for gorgeous, artistically-minded “making of” books. Seriously, I’ve lost track of all the times I read Wicked: The Grimmerie back to back, and my copy of The Lord of the Rings: The Making of the Movie Trilogy was probably opened and thumbed through more than all the actual Tolkien-penned books I own combined. So for someone like me, who revels in learning about the artistic process that goes into creating a smaller aspect of a larger work, Adventure Time: The Original Cartoon Title Cards is perfect.

The way the book is laid out adds to the surrealist fun—rather than a straightforward presentation of the art for each singular card, the book doubles back on itself with hints of other title cards in the margins. You’ll be looking at a page that’s supposed to be all about Finn and Jake, and all of a sudden you’ll catch a glimpse of Tree Trunks. “What the eff, Tree Trunks, what are you even about?” You’ll probably ask yourself, and then you’ll want to flip back to the page with her title card because you’re just so enamored with her, and there you’ll see a hint of another title card, and all of a sudden you’re flipping through as fast as you can because you’re trying to absorb all the awesomeness at once and you just can’t pick one to settle on. 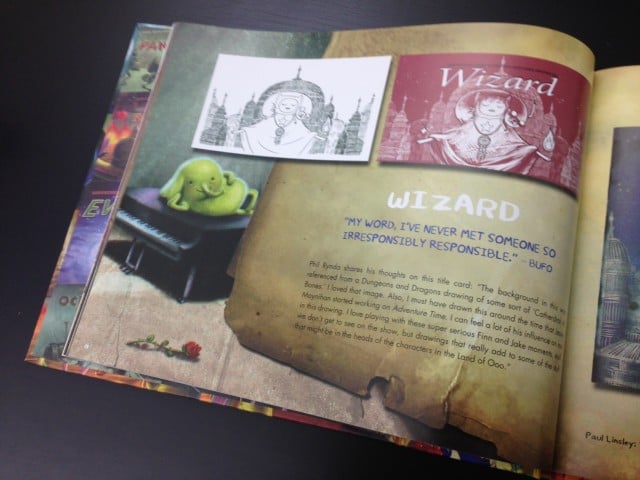 Tree Trunks, what are you about?

Adventure Time: The Original Cartoon Title Cards is published by Titan Books and comes out next week on September 23rd; a second volume containing later seasons will also be released at a later date, if all goes according to plan. If you’re a superfan of the show who’s always had a burning desire to know just who exactly came up with the giant eye at the beginning of “Gut Grinder,” or whether or not Billy from “His Hero” was intended to evoke the Death Dealer (spoiler alert: he was), then this is absolutely the book for you.