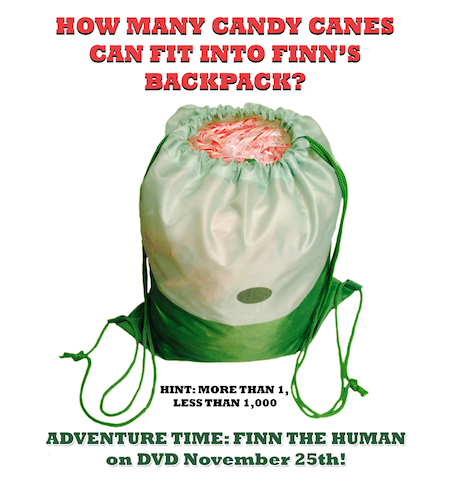 Adventure Time‘s Finn might be sort of bad at math, but his green backpack can sure hold a lot of stuff. In honor of this week’s release of  Adventure Time: Finn the Human on DVD—which comes with just such an awesome backpack included, of course—we want you to help us figure out how many candy canes Finn would be able to carry around with him, and we got hella radical prizes for you if you guess correctly!

Here’s how to enter: First, you have to be following us on Twitter. Otherwise, we can’t direct message you to let you know if you won, and nobody wants that. Next, tweet the following sentence, and JUST this sentence, including the link:

See that part where there’re all those X’s? Replace ’em with the number of candy canes you actually think fit into the backpack. If you don’t guess a number, you don’t get to win! A hint: it’s more than 1, but less than 1000.

Unfortunately the contest is available to residents of the US and Canada only, but if you’re able to have your prize shipped to someone in either country who will then ship it to you, be our guest!

Note: If there are multiple people who guess correctly, we’ll select our winners randomly from each smaller subset. If no one gets it right, we’ll instead go by the closest to the actual number without going over.

So let’s get a better look at what you’re playing for, friends! Both the grand prize winner and two runners-up will receive a copy of the Adventure Time: Finn the Human DVD, which is on sale right now: 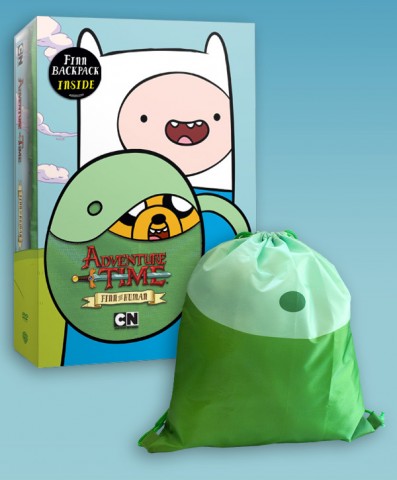 The grand prize winner, however, will also get the Adventure Time: Secret of the Nameless Kingdom 3DS game: 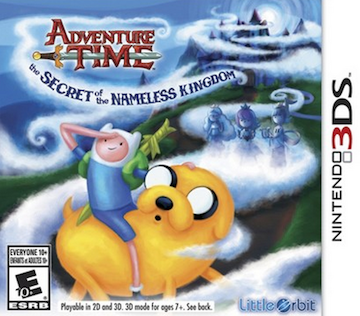 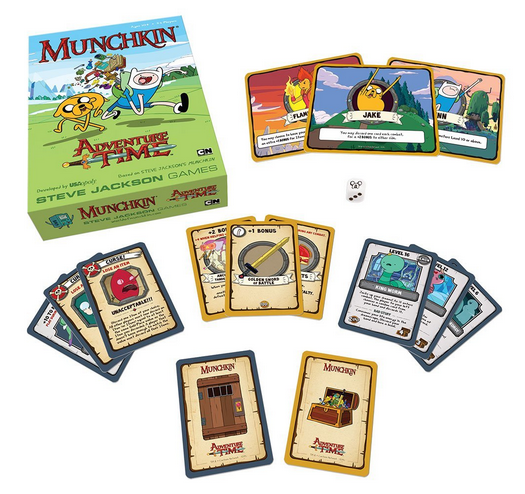 And Adventure Time Crafts: Flippin’ Adorable Stuff To Make From The Land of Ooo: 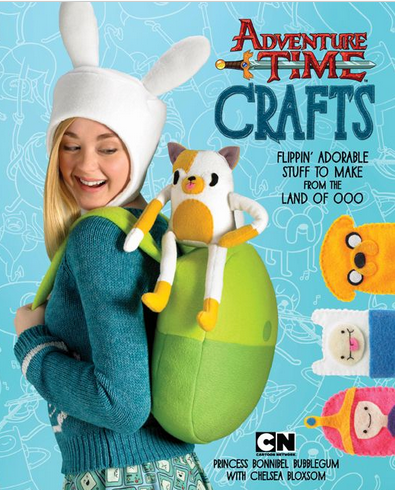 What are you waiting for, team! Get guessing!