If you've been hankering to hear someone rap a synopsis of the entire fourth season, this is for you. 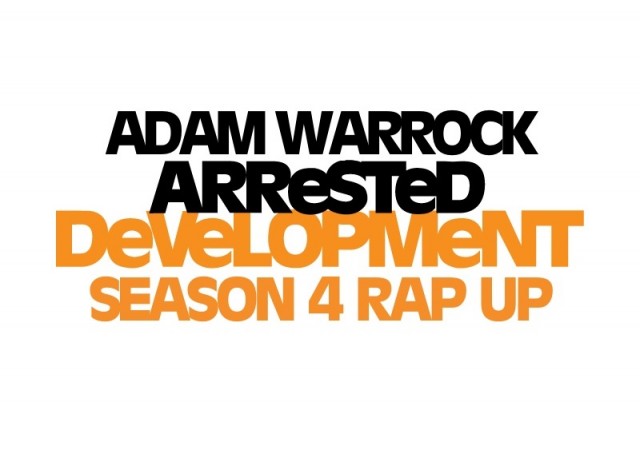 If you’ve been on the Internet lately, it’s more than probable that you haven’t been able to escape the wild emotions of everyone that’s been waiting for, and binge-watching, Arrested Development. If you’re not keen on signing up for 15 episodes of hilarity — my mind struggles to understand this viewpoint, but I digress — but you’d like to know what all the fuss is about, we’ve got an exclusive “rap up” track from Adam WarRock that gives you the skinny on the new season.

Yeah, that’s right. We’ve partnered up with WarRock, and this is likely to be the first of many tracks you’ll get to hear first here. The song, with lyrics and performance by WarRock with production by Vince Vandal, includes a beat that should sound familiar. WARNING: This is essentially one long spoiler in the form of a rap, so if you’re not done with the season and would like to remain unspoiled, perhaps just bookmark this for later.

Either way, you won’t regret giving it a listen:

As for why WarRock recorded this particular track, he, like many of us, watched the whole thing as soon as he could:

I was a big fan of Arrested Development in the first 3 seasons, and I of course binge-watched the new season after I recovered from Memorial Day weekend. I’m still not sure I completely understand everything that happened in Season 4, I’d have to rewatch it again. And again. And again. But y’know, making the rap made me realize how dense these episodes were. I just hope people enjoy it, as I don’t know if it serves any real educational purpose, since the season is hard enough to follow chronologically as it is. Ha, but I love that theme. Glad I could make a song out of it

You can download the track for free right here, and be sure to check out WarRock’s site where he releases loads of awesome tunes on a regular basis.