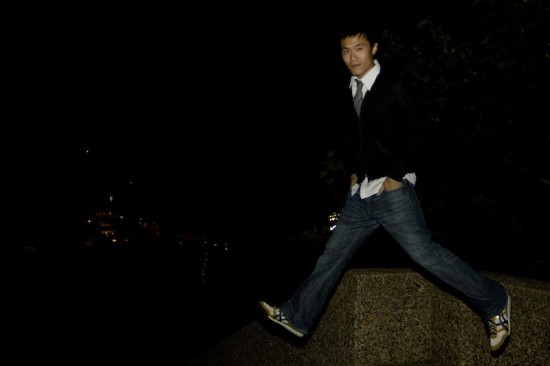 In a time when Pharrell names his company after Star Trek, Soulja Boy equates having “swagger” with watching anime (we weep), and one of Hollywood’s primary cash cows is the comic industry, we can safely say that geek culture permeates our everyday media. Contrary to what Gil Scott-Heron believed, the revolution may just may in fact be televised (not to mention blogged, Tweeted, and open sourced!).

Only in such an era can we enjoy rap music from Eugene Ahn, a.k.a. Adam WarRock: comic geek, longtime gamer, ex-attorney, and now, emcee. His music name-drops everything from Inception to #donaldglover4spiderman, from the final Scott Pilgrim comic to Chicago Public Radio’s This American Life. Geekosystem recently chatted with Ahn about his career, the concept of being a “geek,” and rap music.

UPDATE: Our pals at Topless Robot have an exclusive on Adam WarRock’s newest single, “NES Hard.” Give it a listen!

Geekosystem: Your performer name Adam WarRock alludes to the Marvel character Adam Warlock. It’s quite a name to live up to: a higher, evolutionary being. How did Adam WarRock come about? 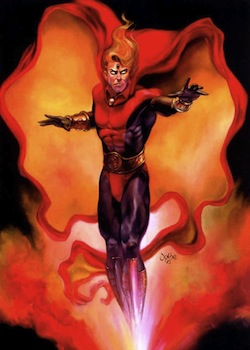 WarRock: It all started as a joke. I co-host and produce a comic book/pop-culture podcast called War Rocket Ajax, which in itself is a Flash Gordon reference. I started making little joke rap songs for our show, and decided I had to have a proper rap name. My co-host, Chris Sims (of ComicsAlliance and The ISB) said I should name myself “Adam WarRock,” because we’d often talked about how much I loved The Infinity Gauntlet, and the name was a direct reference to our show (WarRock-et Ajax). I never exactly intended for the name to stick, but it blew up to the point where I was kind of stuck with it.

I’m not complaining though. Having Adam Warlock as the avatar for my music led to the idea for the album, and let me work with some pretty big concepts. The album started as an idea for a mixtape-ish project; it became a grand space opera worthy of the name.

Growing up, what was your history with comics and other geek properties?

My mom once showed me a picture of me when I was like two years old, holding an old Atari paddle and smiling like a loon. I think that pretty much sums it up. I’ve played video games my entire life, I was a weekly comic book reader through most of my college years, and I’m pretty much obsessed with serial television and movies. Most of that stuff carries through today, and I’ve picked up some other bad habits along the way (sneakers, gadgets, etc.).

I took a break from reading comics through late college and law school. But I’ve always read graphic novels to keep up along the way. I’m a gigantic X-Men whore; anything with an X in the title, there’s a good chance I’ve at least picked it up and read it at some point. Mike Mignola‘s Hellboy was the title that kind of brought me back into the comics fold, I love the art and mood of those books to no end. And of course, Scott Pilgrim. I tend to just read in a wide spray of titles and spheres, and I’ve only recently gotten back into buying issues on a weekly basis.

In your track “Starving Artist,” you rap: “But I ain’t down for this industry, 9 to 5 to stay alive, even though it’s killing me.” You led a successful career as an attorney. Could you detail how your life led up to the sudden 180-degree turn to music production? 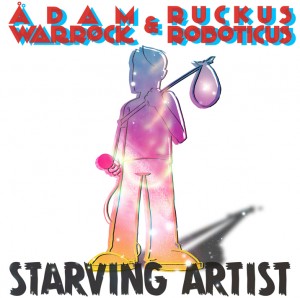 It just got to a point of exhaustion, I think. I was doing so much creative stuff on the side, a part of me just realized that the job was the one thing in my life that I didn’t want to deal with. I was saying no to so many opportunities, that I realized the only reason I wasn’t going to be able to do all these awesome events or things was simply because I had this job, a job I hated at that. So I had sort of intended to quit at the end of 2010.

That kind of got pushed up quickly when my job started demanding a lot more from me, while at the same time I had started getting a lot more buzz. So I kind of impulsively said, “I’m out.” I went from 0 to “I quit” in the span of a day or two. It was pretty insane.

Now, I think I should say this: It’s a very bad idea to do this. So don’t take this story as inspiration to quit your job in a brash and impulsive manner. But I do think that there are a lot of people out there who are insanely talented, and just think that they shouldn’t pursue that passion at all, maybe because they’re too old, or it’s too hard, or it’s impossible to get attention. These are things that we tell ourselves to make it easier to deal with being in a place we don’t want to be.

If you have something you love doing, and think you got the chops to back it up, put your stuff out there. It’s going to be hard, it’s going to be ridiculous, people will say you’re an idiot or you’re too old. But if you do good work, people will find it. You will have your chances.

You also contribute to the always amusing Fake AP Stylebook and The Bureau Chiefs. How did you also come to be involved in those projects?

I was friends with the creators, Ken and Mark, through various online projects. One day, they started the FakeAPStylebook feed, and gave a group of friends the login information and let people go at it. Within a week, tens of thousands of people were following us and laughing at our public idiocy. It was totally unexpected, at least for me.

Pretty soon, some agents started contacting us, and a book deal was signed. It should be noted that Ken and Mark went out of their way to make sure all the people involved would be included as contributors, and continue to be amazing in letting everyone have a stake in this project.

We started up The Bureau Chiefs just as a way to do something collectively separate from the Twitter feed, and I regularly write articles there about hip hop on a bi-weekly basis.  The book is slated to come out in Spring 2011, and will have completely new and originally written material separate from the Twitter feed. In the meantime, we have merchandise available at The Bureau Chiefs, with more projects under the FakeAPStylebook umbrella coming soon.

Since this year, you’ve gained quite a bit of geek media buzz and an Internet following for your music. Do you hope to translate this to a stage career? Or is that increasingly a smaller component these days?

It’s funny you ask that, because someone recently asked me “When was the last time you actually did a live show?” And I had to sit and really think about it. The music industry used to focus a lot more on getting acts to establish a live presence. But with internet artists, they don’t have to do that to gain a following, and don’t really have concentrated pockets of the fanbase to make an extended tour make any sense.

In a way, it’s liberating, being able to break free of the old tradition of “making an album – tour for a year – make another album” and so on. You can just consistently put out content; and in this day and age, people are just hungry for stuff to listen to, or to waste their time on when they’re hanging out in front of their computers.

Ruckus and I are trying to organize a fall/winter tour to support the album, as well as just perform a bunch of songs from off the website. We want to dispel the notion that a live rap show can’t compete with other genres, as well as bring a certain element of comic book theatricality to the show. I don’t know if we want to have a “stage career,” but it’s definitely going to be a component.

In part two, Eugene Ahn discusses his own music in comic terms and his newly released single (based on This American Life!), and makes an argument for geekdom’s mainstream appeal.