It's the best episode of Hoarders ever! 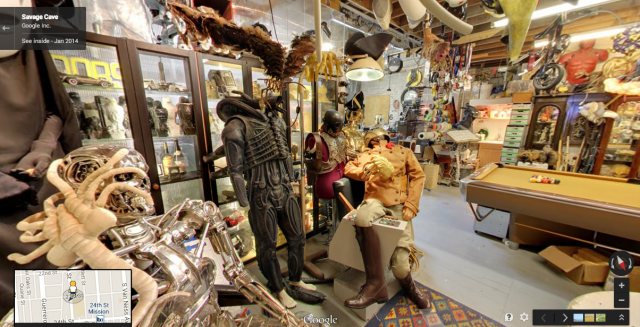 First off, can we all agree that the phrase “Man Cave” is generally kind of dumb? That said, I’m willing to let Adam Savage call his studio in San Francisco whatever the hell he wants, because it is every nerd’s dream. Now with the help of Google Street View, you get to see every nook and cranny for yourself.

There’s a lot to look at here, to the point where you could probably spend a whole day just picking out all the sci-fi memorabilia and movie props. Just from skimming around once I can count at least ten different Star Wars items, and I know I’m definitely missing a lot. Also, this guy. 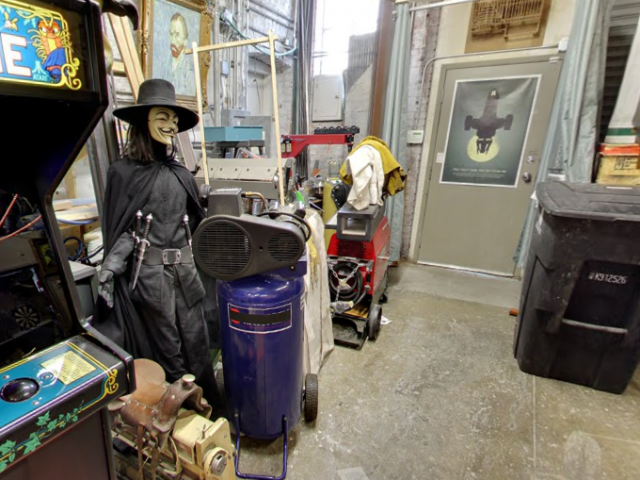 Coming across you when I wasn’t expecting it definitely wasn’t terrifying, no sir. But also, I want that Firefly poster.

Savage also supplemented the Street View tour with his own in-depth 17 minute video from his Tested Youtube series, where he tells us all about what all the fancy tools in his shop does, shows us his “costume loft,” and does his best impression of a compressor. It sort of sounds like his impression of Chewbacca, if I’m being honest.

There’s actually a whole series of Tested videos from “Adam Savage’s Cave” where he shows you all of his favorite toys and props. If you’d rather not have the guy talking at you, though, then you can walk around the workshop for yourself on Google Street View here.

(via Engadget and Gizmodo)