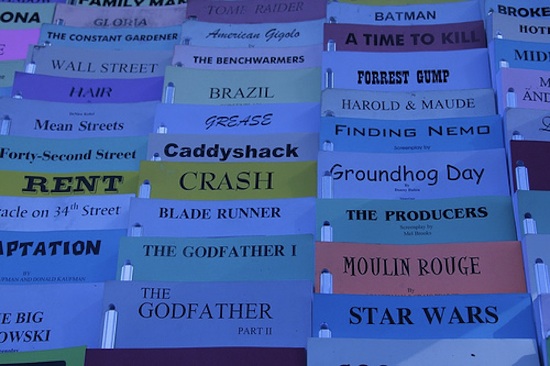 Well-connected entertainment industry blog Deadline reports on an emerging trend in Hollywood which is meant to cut down on leaks, but which forces many actors to jump into movies they don’t know much about: Refusing to let actors read scripts for movies they’re auditioning for, instead giving them vague descriptions. The culprit? Geeks obsessed with picking apart leaked scripts from their favorite franchise films.

Reps say it has happened recently on such scripts as Universal’s Battleship, thePlanet of the Apes prequel Rise of the Apes, Thor, X-Men: First Class, X-Men: Wolverine, the Twilight Saga films, and the two installments of The Hobbit. Regarding actors, agents said filmmakers are shielding scripts is focusd on newcomers trying to jump start careers in superhero roles, not with big stars. I’m told that many of the actors vying to play superheroes in Marvel Comics films, Spider-Man included, didn’t get to read entire scripts when they were testing. Instead, they were given pages with villains glossed over to keep their identities fuzzy and had to rely on director Marc Webb to explain the plot and character.

While the trend isn’t limited to nerddom — Deadline also cites as an example a Wachowski brothers drama about a gay romance between an American and an Iraqi soldier — the list above is almost exclusively comprised of the sorts of movies the geek world tends to slobber over. (Even if it winds up hating them.)

As anyone who reads film blogs knows, leaks come up all the time: And while a “dealmaker” interviewed by Deadline says that “I doubt  a blogger with 60 readers will ruin a movie even if they publish a script or rip it apart,” these things have a way of spreading from tiny to huge channels with astonishing speed. The ‘tubes have gone crazy over alleged leaks of drafts of the likes of Transformers 2 and 3, Twilight: Eclipse, the rumored Halo movie, The Social Network, and the LOST season finale in recent years, though some were either fake or heavily changed thereafter.

While Hollywood’s desire to keep the nerds from spoiling everything or forcing them to rework their scripts is understandable, when actors don’t know what they’re getting into, the end result is bad for them and for us: See Bill Murray’s turn in Garfield. A more labor-intensive but perhaps more rewarding plan of attack would be to leak fake scripts to the point that leaks are treated skeptically or ignored even when they’re real; at the least, it’d allow young screenwriters to break into the biz and entertain themselves working Sharktopus fights into Thor.