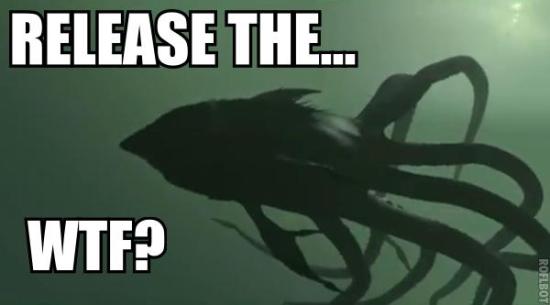 Beach bums, beware: Syfy has cooked up what has to be one of the best premises for an original movie ever devised: There’s a sharktopus. And it’s angry. And it does not approve at all of you bungee jumping over its territory, attractive up-and-coming actresses.

Yes, Sharktopus is coming soon to a television near you, and it promises to be wonderfully entertaining. First of all, it’s being produced by Roger Corman, who brought you such similar works as Dinoshark, Supergator, Scorpius Gigantus, Dinocroc, Wolfhound, The Sea Wolf, Carnosaur, Angelfist, Attack of the Crab Monsters, and, of course, Private Duty Nurses. Oh, and over 370 others. Seriously. The guy’s a legend.

But wait, there’s more before we get to the beachy trailer below.