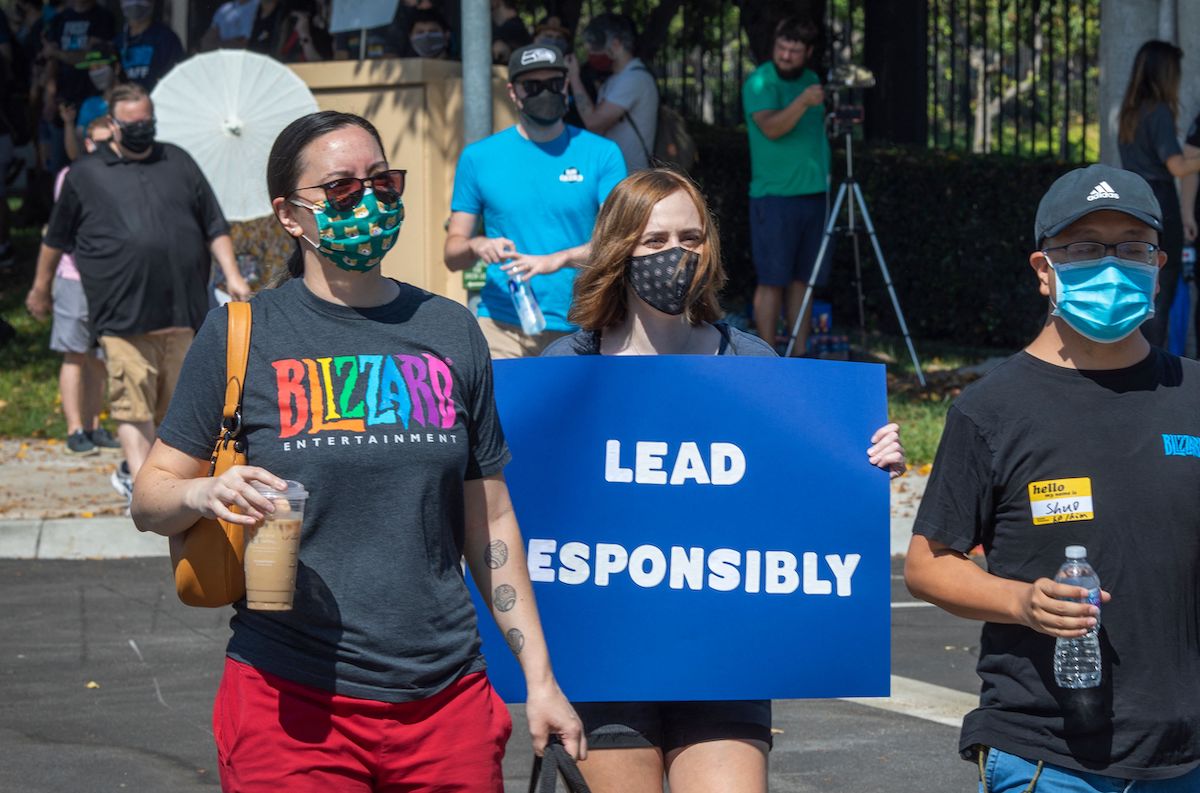 Activision Blizzard’s legal mess is getting messier. Last month, the video game giant struck a deal with the U.S. Equal Employment Opportunity Commission (EEOC) to settle one of the many lawsuits it had pending, agreeing to put $18 million into a compensation fund for employees and former employees who have experienced discrimination or harassment.

That settlement was surprising because it was reached just a few hours after the EEOC filed their complaint against the company. Meanwhile, another government agency, California’s Department of Fair Employment and Housing (DFEH), had filed their own lawsuit back in July of this year.

(In the interim, the Communications Workers of America filed their own suit for labor violations and the Securities and Exchange Commission (SEC) subpoenaed CEO Bobby Kotick as part of a wide-reaching investigation into the company.)

Things are about to get a bit confusing, but that’s the basis of what you need to remember: the California DFEH filed a lawsuit against the video game company in July. Then the federal EEOC appeared to swoop in and settle their own surprise lawsuit for a relatively paltry $18 million.

Last week, the DFEH filed an objection to the EEOC’s settlement with Activision Blizzard, claiming in a court filing that it was “rushed” and that it could cause “irreparable harm” to their own investigation. The department claimed that the EEOC’s settlement would require employees to drop any other complaints against the company in order to receive any compensation from the fund. The settlement also apparently allows for Activision Blizzard to destroy or tamper with evidence still extremely relevant to the DFEH’s case, including “personnel files and other documents referencing sexual harassment, retaliation and discrimination.”

All of that sounds very, very bad. But then the EEOC hit back against that objection and things somehow got even worse.

Basically, it turns out that two of the lawyers leading the California DFEH case previously worked on the federal EEOC’s case against Activision Blizzard. Then they went over to the DFEH to lead the objection to the very agreement they just helped form, without informing or getting consent from the EEOC.

This is a major breach of ethics and a potentially massive conflict of interest. Right after the EEOC filed their objection, the DFEH swapped those two lawyers with new counsel, which not just isn’t fooling anyone, but is basically an admission that they knew having those lawyers should never have been involved in the first place.

Also, since those two lawyers were in such major leadership rules, basically shaping the entire case, the EEOC says that replacing them isn’t enough because everything so far was done under their guidance. They claim that all DFEH lawyers need to be barred from working on the case.

Attorney Richard Hoeg broke down the legal drama on Twitter, noting, “This is a pretty massive thing, and if true would call into question large portions of the DFEH process (certainly as against the EEOC directly).”

“It might even provide Activision with its own defense to the original suit,” he added.

Holy crap. I said that CA was apparently upset about the EEOC, but it may be much worse than that. Whole thread is worth reading, but the EEOC is alleging (see link) that the DFEH investigation is headed by former EEOC attorneys…who worked on that agency’s Activision case. https://t.co/zM6jDRfrVi

On one side, you have a federal watchdog agency saying the state watchdog agency made a major ethics violation in their investigation into Activision Blizzard, which is very bad. On the other, the state is saying the federal settlement is way too small, which is true! The $18 million agreement is barely a slap on the wrist, as evidenced by just how happy the company was with the deal. A representative told GamesIndustry.biz that the agreement “reflects that commitment to significant improvements and transparency.”

In reality, it looks like it gives them the freedom to be less transparent, as they essentially reportedly get out of all other pending and potential lawsuits and get to destroy all existing evidence of wrongdoing.

This looks to be a lose/lose situation for everybody involved, except possibly for Activision Blizzard.