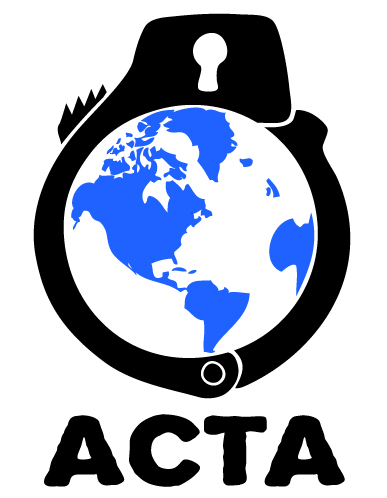 Remember how the Internet finally “killed” SOPA and PIPA? Remember how people said they might come back? Well, they haven’t but they have a cousin called ACTA that’s stirring up similar trouble of a global kind. I know we all want to rest on our laurels for a while, but until digital media is well understood and accepted by rights holders (read: A long time from now) there are no victories. That’s why it’s time to buckle down and take on the next guy: The Anti-Counterfeiting Trade Agreement or ACTA. ACTA just got Signed by 22 member nations of the EU. The United States signed it months ago. It’s a very different beast than SOPA or PIPA. Hold on to your hats, this is a rough one.

So let’s get up to speed here. Remember everything you learned about the congressional process when everyone was protesting SOPA and PIPA? The hearings to amend bills, and then voting the bill out of committee so it could be voted on in earnest and all that? Well, don’t forget it, but don’t try to apply it to ACTA either; ACTA is a trade agreement (duh). This makes for two important details you need to understand. 1: ACTA doesn’t have to go through the congressional process the way SOPA and PIPA did (in the U.S. at least, stay tuned for more on that), and 2: ACTA dictates international behavior, and could affect countries that didn’t even sign it.

But it’s an anti-counterfeiting agreement, right? What does that have to do with SOPA and PIPA?

In a perfect world, nothing. In the real world, it has to do with a whole mess of poorly or loosely defined definitions. ACTA has provisions that reference piracy outright, but a lot of the underlaying logic seems to stem from the idea that a pirated digital media is a counterfeit, not a copy of the genuine article like it actually is. It’s very similar to the piracy-is-theft fallacy that’s been around for years and just refuses to die. Basically ACTA is welding these two issues together because they both involve patents and intellectual property.

Ok, but how would it work?

When it comes to the Internet provisions, ACTA has some strong similarities to SOPA and PIPA, mainly in that it takes due process out of the equation and sort of blackmails ISPs into doing the dirty censorship work by holding them legally accountable for what their users do and encourages them to use the censorship hammer liberally. The idea is that if you’re on Time Warner, and you infringe, ACTA makes it so Time Warner will take some of the heat. This gives Time Warner a great incentive to censor your access to any temptations, or anything for that matter. How would they know what you’re doing, you ask? ACTA gives them the power — or more accurately forces them — to monitor all your packets, all the time.

On the counterfeiting side, like the actual counterfeiting side, ACTA greatly reduces freedoms many poorer countries have to combat high prices of important patented goods. For example, under current international trade law, if there is an outbreak of a disease in a country and the only company that makes the cure has it patented and refuses to sell it at a reasonable cost, the country can break patent to produce a generic version of the patented cure in order to curb the outbreak. ACTA makes this much more difficult.

That sounds crappy. What’s this about the U.S. having already signed up?

Yeah, the U.S. already signed ACTA way back in October, before the vast majority of the Internet started getting all riled up about copyright law. It didn’t have to go through Congress or anything, President Obama just slapped a signature on that sucker and bam, done. If that make this whole ACTA thing sound much weirder, you’re right. The reason Congress didn’t have to get involved is that ACTA, as far as the United States is concerned, is an “executive agreement” as opposed to a “binding treaty.” This means that the U.S. can technically ignore any part of ACTA it doesn’t like, which means that it doesn’t necessarily affect U.S. law, which means it doesn’t have to pass through Congress. There are opponents to this line of thought, but ACTA already got signed, so they’re coming from a retroactive angle, which is always tougher.

As a bonus, while ACTA may not explicitly — explicitly is an important word there — dictate changes, it’s vague enough to do all sorts of bad stuff implicitly. On top of that, it effectively restricts Congress’s ability to go back and change any copyright law that’s already in effect. Say, by some miracle, Congress wanted to go back and defang DMCA. ACTA would prevent that. In short, ACTA doesn’t necessarily mean that U.S. copyright law has to get worse, but it does mean that it won’t get better, and plenty of people think that it’s already broken.

If the U.S. can just ignore ACTA provisions, what’s the big deal?

Well, after what it took to stop SOPA and PIPA, I don’t necesssarily trust the U.S. government to want to ignore pieces of ACTA. Besides that, ACTA is particularly dangerous because it is nebulous; just like how ill-defined terms like counterfeit and theft, and ill-perceived concepts like piracy-as-theft and potential-revenue-lost are warping copyright law into a monster.  Also, the E.U. just had 22 of its member states sign ACTA and is treating ACTA as if it were a binding treaty — and by doing so, making it one, kind of, if you catch my drift. This creates a situation that is just begging to be as impenetrably confusing as it is dangerous.

Gee. Well this all just sounds awful. Are there any other bad things about ACTA that didn’t come up organically in the discussion so far?

Why yes, there are. My, what a conveniently open-ended question. One of the biggest problems with ACTA, historically, has been secrecy. The text of ACTA is available now, but during its drafting process it was completely inaccessible to most everyone, including the people you elected to do law-stuff for you. The drafting committee was composed primarily of those who stand to lose by copyright infringement and counterfeiting (pharmaseutical companies, the entertainment industry, etc). Those that patents and copyrights ideally aim to protect (artists, content creators, scientists, etc) were left out. Naturally, this execerbates a problem we’re already having: Copyrights are being treated as 100% great when in fact, they are a double-edged sword like everything else. The issue is that rights-holders, when they’re just brokers and not actual creators, never see the other edge of the sword. They’re far enough away from the creation process to not necessarily see that they are essentially shooting a dairy cow for beef; sure you’ll have a steak but there ain’t gonna be no more milk.

Another issue is vagueness. As mentioned before, the U.S. and the E.U. are already looking at ACTA as different things. This isn’t an isolated case. Inside of ACTA, there are all kinds of similar ambiguities. Like existing copyright law, ACTA is plagued by poor definitions and the impossible weight of trying to stretch a single view of intellectual property law across the entire globe. In order to keep itself from being entirely non-applicable in one country or another, it has to be almost impossibly vague in some cases. Basically, because this issue is too broad for a single law or treaty, ACTA is trying to be vague enough to be several at once. Talk about self-defeating, right?

Lastly, there have been a few flare-ups of attention to ACTA since its inception. Before it’s content was made public, many outlets reported on the danger of its secrecy and when a copy of it leaked, many outlets reported on its heniousness. ACTA has been altered since then — it’s still horrifying, but less horrifying — and it is also no longer a secret. So that being the case, make sure that when you’re researching ACTA, you have up-to-date information.

If you’re in the United States, not much. If you’re a the citizen of an E.U. member nation, a little bit more.  ACTA was just signed by the E.U. yesterday, but that’s not quite as damning as it sounds. Because, unlike the U.S., the E.U. is treating ACTA like a binding treaty, ACTA will have to be ratified by the European Parliament in order to take effect. That vote is tentatively scheduled for sometime this summer, the 12th, 13th or 14th of June, though that date is subject to change. That being the case, there is still an opportunity to protest the treaty like many Poles did when their country signed the treaty. As for how to protest and who to call, y’all’ll have to figure that out yourselves; I only just developed a working knowledge of my own country’s legislative process. And all of us here in the States: hope the EU doesn’t ratify because that might rock the boat a little, which is always going to be a good thing.

Yeah, well don’t expect it to get any better. There’s also a bill called the “Protecting Children From Internet Pornographers Act of 2011” floating around in Congress, written by our old SOPA-PIPA-pal Lamar Smith, and you can expect it to start rehashing the same SOPA and PIPA points of censorship except now armed with the genuinely compelling argument of “for the children.” Yeah, it’s going to get messy. Get ready for a storm of ad hominem attacks the likes of which you’ve never seen. For the moment, there’s no end in sight. Stay frosty, folks.

Bonus for you insane people out there: the full text of the version of ACTA that the U.S. actually signed.

UPDATE: Turns out ACTA would not actually force ISPs to monitor their customers’ packet data; after revisions, ACTA wound up saying that ISPs would have to do something to prevent copyright infringement. The example ACTA lists is a three-strike policy.