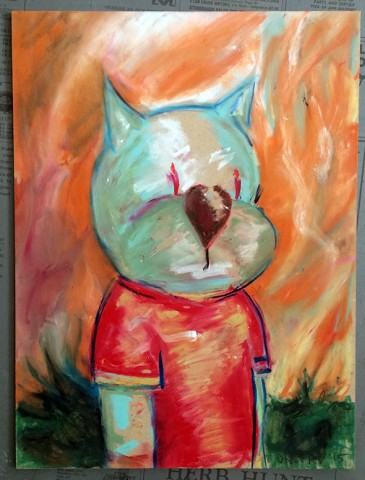 In 2011, Achewood creator Chris Onstad entered an indefinite hiatus for his enigmatic webcomic about talking stuffed animals who befriend talking household pets, all of whom navigate an underground world imbued with magical realism. The Achewood website has seen a handful of updates in the years since its hiatus, and one such sporadic update gained notice today: the launch of the Achewood Gallery, at which fans may commission original oil paintings of the comic’s characters by Onstad.

The gallery website appears to be dated May 2015, but it did not get linked from the Achewood comic site until today — chalk that up to classic Onstad mysteriousness, I suppose.