Ace Ventura: Pet Detective Is Coming to Netflix. Is It a Movie Better Left Forgotten?

Too much Homophobia and Transphobia. 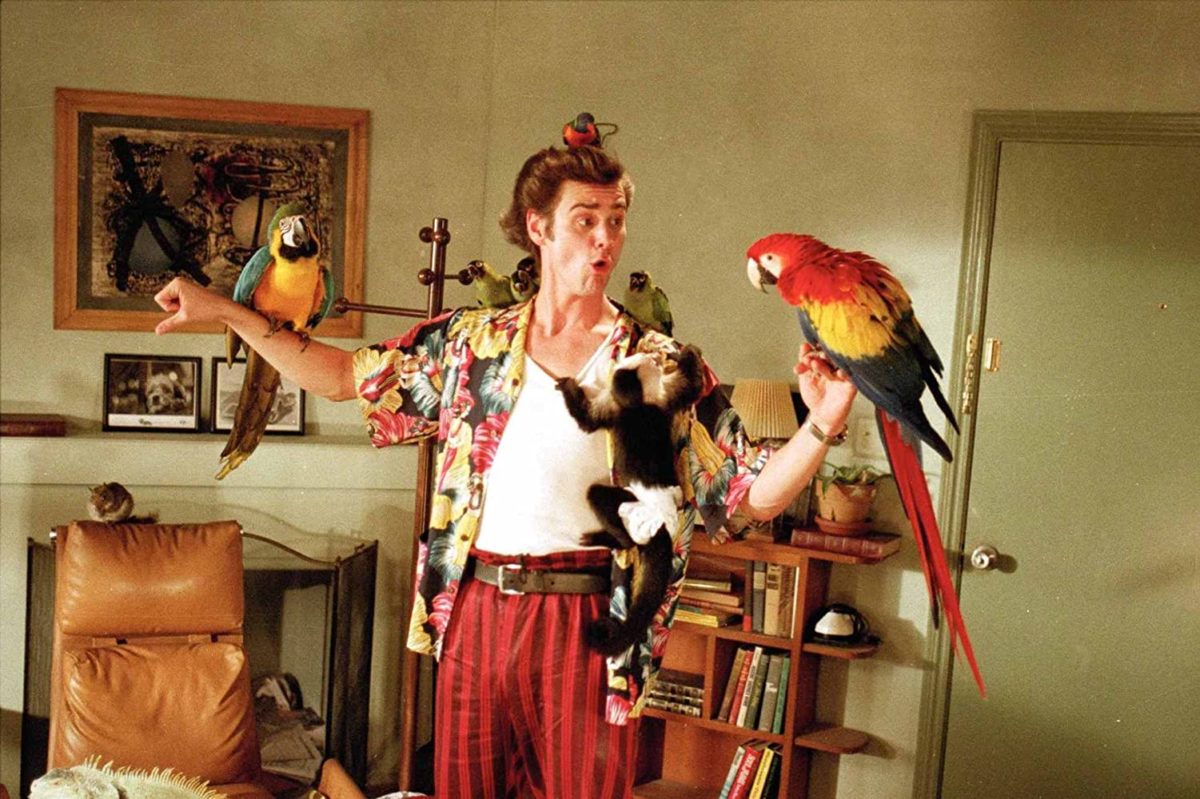 There are, as usual, a lot of new titles coming to Netflix in May, and one that caught my eye is Ace Ventura: Pet Detective. Now, I was ten when this movie came out in 1994, and watched as it was subsequently followed by The Mask and Dumb and Dumber in the same year, and Jim Carrey exploded as the biggest comedy star on the planet.

And it all seemed to start with Ace Ventura, which was a movie that young me thought was soooo funny, because, well, Jim Carrey is a literal force of nature in it and elevates a very dumb ’90s comedy to something much more be sheer force of personality and energy. It was unquestionably a career-making performance for Carrey, so it’s a shame it had to come in a movie that was so violently homophobic and transphobic (and ableist).

To say the humor in Ace Ventura is dated is an overstatement, and even potentially an oversimplification. But the big revelation (spoiler warning for a 26-year-old movie) that Detective Einhorn (Sean Young) is the bad guy, Ray Finkle, in disguise, is absolutely terrible. Terrible! First Ace Figures it out and spends an extended scene acting in comedic horror that he kissed “a man.” And then when Finkle is revealed (grossly), the whole police force is the same.

The Einhorn reveal is the definition of problematic, on a lot of levels. There’s slut-shaming, there’s the objectification of Sean Young’s exposed body, there’s homophobia and transphobia. It’s such a confused, gross joke that the movie can’t even pick a target and thus is offensive all around. And time and better understanding, culturally, of why it’s so bad only makes it even worse.

Jim Carrey said in recent years that the movie would not have made the same jokes if it was made today, obviously. But he, and the film’s director also tried to defend it, saying the real “joke” is how homophobic Ace is and … that doesn’t really work when the homophobia is coming from the film’s lovable hero, even if he’s silly. But the homophobia and transphobia were part of a bigger problem in the era.

The ’90s were a complicated time for homophobia and transphobia in movies, and especially in comedy. While the culture was ever so slowly coming around to the idea that gay people were, you know, people and not jokes or dangers, Hollywood simply did not have the nuance or bandwidth or the desire to distinguish sexuality from gender identity.

There are so many examples of characters who evidence this “trend” in the 90s—from Buffalo Bill in the Silence of the Lambs, to Too Wong Foo, Thanks For Everything, Julie Newmar, to whatever was going on with Chandler’s father, Charles, a character who was written as a gay man played by a cis woman (Kathleen Turner) on Friends. The conflation of gay men with drag queens and men who lived as women or transwomen was all over the map, and we can see it here in the fact that Ace, like a lot of movies, is both homophobic and transphobic because it doesn’t know the difference.

And while the problematic elements of Ace Ventura are enough to give us major pause now, that film, and others, still became major hits, even with the offensiveness. There were protests at the time, as we can see from this archived 1994 piece from the LA Times with letters decrying the film’s homophobia. But the internet was not a thing in 1994, at least not as we know it now (it would have made it way easier for Ace to solve the case), and people just didn’t have the same platform as we do now to call out problematic stuff.

Now, there are a lot of movies and shows that were made in different times and that contain all manner of sexism, racism, ableism, homophobia, and any other kind of hatefulness you can consider. Those movies were made in prejudiced times (our own time is still prejudiced, by the way, in many ways which I’m sure will be called out in think pieces 26 years from now, if the internet is still here). But it’s up to us whether or not be tolerate or revisit those works. Will we still watch Gone With the Wind, recognizing its racism and rape apologism?  And will we rewatch Ace Ventura when it comes on Netflix?

I think that’s up to the viewer. I know this is one movie I just don’t feel like revisiting, no matter how funny I thought it was when I was a kid. And that’s fine. Humor changes, and we change as people (thank god). Some things just aren’t funny in the ways we were taught that they were funny, and that’s important to learn. And The Mask is the best early Carrey movie anyway.