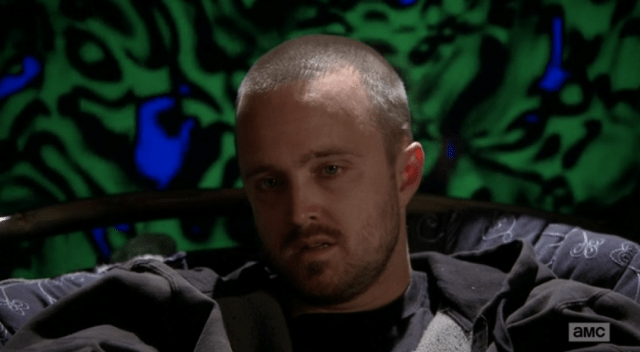 In a recent interview about Need for Speed Aaron Paul was asked about Jesse Pinkman (better get used it, man) and he said he’s in serious talks with Vince Gilligan about appearing as a less turmoil-ridden, younger Jesse Pinkman in Better Call Saul.

Anything Vince is involved with, I’m there. I owe him my entire career. And the idea of jumping into the skin of Jesse Pinkman again in his lighter days — because it’s all a prequel — it would be fun.

He’s already on record as saying he wants to be a part of the show, and Gilligan has said he wants to bring in Breaking Bad cast members, so we’d have to imagine that any talks that are going on are just to work out specifics. Since it seems both parties want to make this work, we really hope they can work it out.

Better Call Saul will focus on Bob Odenkirk’s character of lawyer Saul Goodman, and is expected to premiere this December on AMC.

I wonder what Chris Hardwick’s aftershow will be called. Better Talk to Saul?