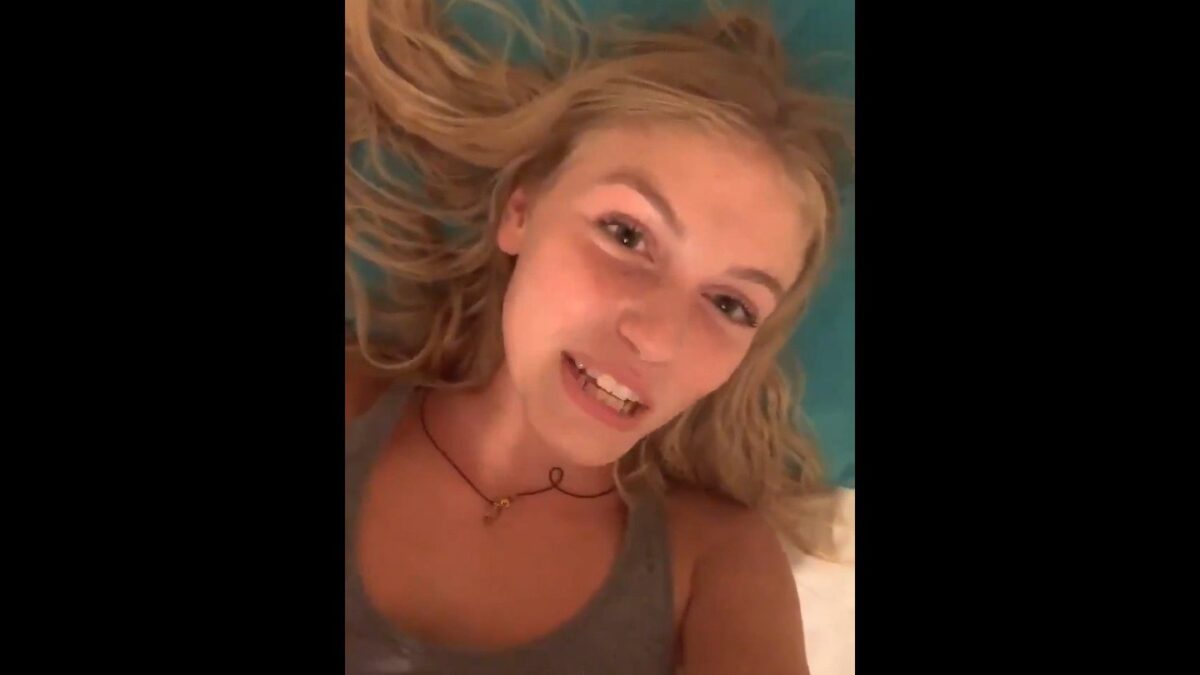 There is nothing that Twitter loves more than to roast teenage girls for the simple act of existing, so when a video high school student Grace Cunningham posted to TikTok where she earnestly asked about the origins of algebra was reposted to Twitter, the response was sudden and virulent. But so was the defense.

Ugh. People are making fun of this girl because, I guess, she *sounds* vapid, but the truth is, she’s asking genuinely intellectually curious questions about math! Calculus *IS* abstract! And higher level-math isn’t rooted in the tangible world. These are great questions to ask! https://t.co/3IkVi71Q7T

First, the practice of people reposting other people’s content on Twitter to mock them or to generate attention for themselves is a horrible feature of life on the internet. Whether it’s screenshots, reposted TikTok, or retweeting someone with comments, it’s so easy to make a person who never asked for it become a target of viral fame. That’s not good. But what’s really bad here is the way so many people jumped on this video, and then found Grace’s personal Twitter and went out of their way to say mean, and yes, sexist things.

Yes, sexist because Grace is asking important questions that all of us should consider. She’s being a good, inquisitive student. But all a lot of people saw at first was a teen girl who didn’t immediately understand something so many people just accept at face value. Because our culture fails to give girls respect even when they’re asking good questions. Instead, talking racist zombies like Ann Coulter took a break from praising a male teen who killed two people to make fun of a curious, good-hearted teen who just wanted to understand math.

Grace responded to this better than most of us could ever have dreamed. She took the sudden tidal wave of attention and did the best thing with it. She learned and focused on the positive. I talked with Grace today, who assured me that she’s still processing after chaotic 24 hours. “A lot from last night was just really really mean but today has been better,” Grace explained.

Something that helped? She restated her questions on her terms and that also went viral.

can we blow this one up instead of the one where i sound stupid hashtag math isn’t real pic.twitter.com/HuaEDwqXXP

Grace wants to be clear that she didn’t intend any racism or offense in her first video and those were the tweet and comments that hurt her most. “I have been called stupid, idiotic, ignorant, and so many other things in the past couple days,” Grace explained, “but the ones that hurt most were those who were saying I was racist for talking about Pythagoras instead of the actual creator of algebra which was not my intent.”

Grace is talking about Muhammad ibn Musa al-Khwarizmi, who is often called the father of Algebra and is rarely discussed in America. “I’m aware that he wasn’t white and so clearly doesn’t get the attention he deserves. But it was never my intent to seem like I was devaluing his work.”

The fact that Grace made sure to say that, and the fact that she’s taking this as an opportunity to learn? That’s great. Grace is the kind of student and young person we need to be celebrating, not mocking. Luckily, it all worked out because when the real mathematicians and philosophers found Grace’s videos they agreed: She’s great. “It cancels out because of all the like actual scientists and physicists that have been talking about me???” Grace shared.

These are really good questions about what math *is* in a very deeply probing way. Unfortunately the haters are piling in… I have transcribed the questions and typed up my instant answers here. https://t.co/KdKX7enCMh https://t.co/Ds4VqecAlu

I particularly like this thread, reposted here in part, from mathematician Francis Su.

One of the great things about math is that it equips you to see the unseen: things otherwise invisible. There’s structure—patterns—all around us, governing the motion of planets, the spread of a virus, the data that Netflix uses to guess what you want to watch next. 2/

A formula is nothing more than a pattern: a relationship between quantities like the radius (of a pizza you order) & area (you eat). When you first search for a pattern you don’t know what you’ll find in advance (though with experience you might have an educated guess). 4/

Notice what I just said: you know a formula is true when YOU YOURSELF (not just other people) understand it. Math demands an investment of your thinking in order to behold its wonder. But it’s worth it, and better than the version of math that is just memorizing stuff. 6/

Su ended with this:

So every time you see a formula, remember it’s the culmination of many repeated attempts to unlock a mystery, a triumph by each person who, like you, earnestly asks ‘why’ and endeavors to understand its rightness for themselves. End/

The way we treat teen girls is, to say the least, garbage. But the way that the better half of the internet and Grace herself responded to this pile on gives me hope. Grace also wanted to make sure, now that she has a few thousand more Twitter followers and temporary viral fame, that she’s also keeping attention where it needs to be: on dismantling systemic racism. She has “BLM” in her twitter name for a reason: “Because I went viral for being a dumbass but like I think that there are way more important issues going on,” Grace shared. “A man was shot 7 times in front of his children and I went viral for saying that math is weird.”

And that is outrageous and a huge commentary on our culture in and of itself, but I’m glad it was Grace who was at the center of this particular viral storm. She got people talking and thinking about big, important ideas from math to sexism and more.

So, did she get her answers? Well, she had a lot to read through, but as for understanding how math is real? “People have definitely answered me but I’m also not good at understanding philosophical things so I still don’t *really* get it,” Grace said, very humbly.

And that’s fine. What matters is that she wants to learn more and at this point in history, we all should take a page from Grace and be willing to ask big, difficult questions. Even if people don’t like that we want answers, what matters is asking.