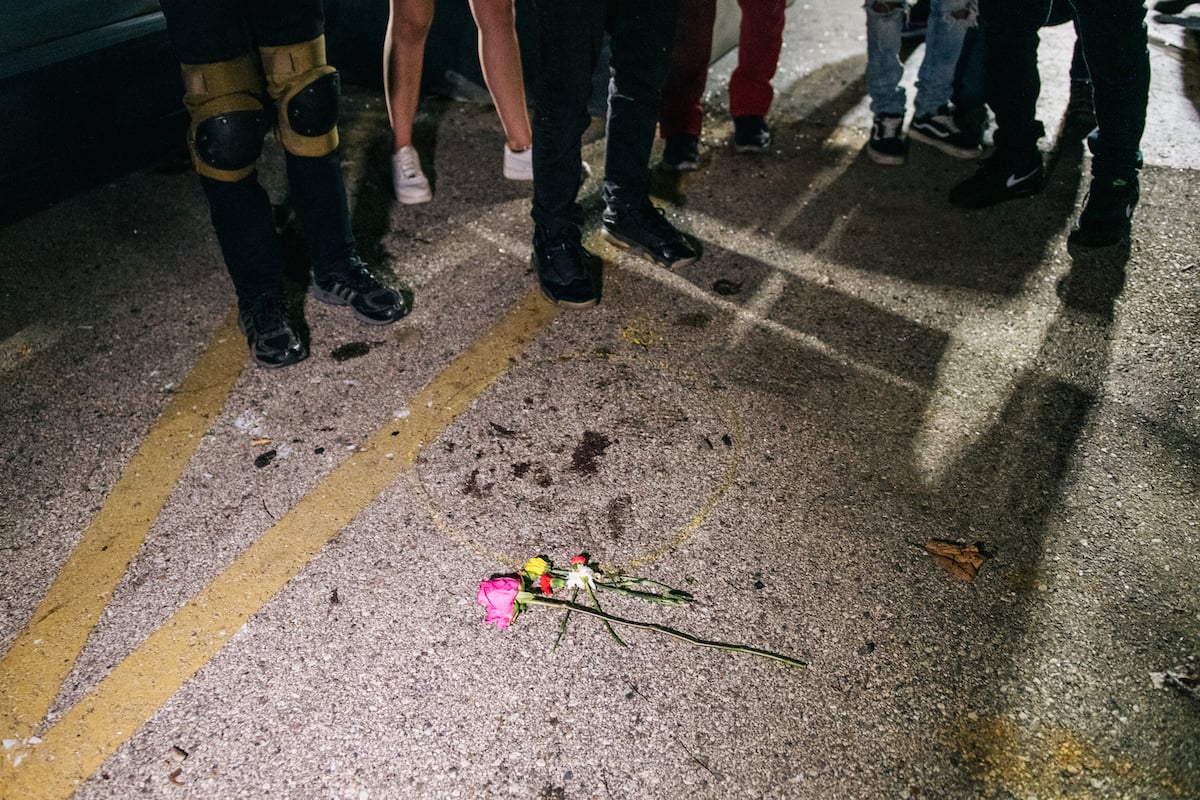 On Tuesday, 17-year-old Kyle Rittenhouse crossed the border from his nearly all-white Illinois town to Kenosha, Wisconsin, which was seeing its third day and night of protests following the police shooting of Jacob Blake. Rittenhouse has been charged with fatally shooting two protesters and injuring one more. He is said to have been treated well by police that night, who thanked him for showing up with his long gun and reportedly gave him a bottle of water for his troubles.

The Kenosha police aren’t the only ones praising Rittenhouse. Right-wing media personalities are falling all over themselves to find nice things to say about this literal (accused) murderer.

Ann Coulter retweeted someone saying they’d want Rittenhouse as their bodyguard, one-upping them by inexplicably wishing he were president. The tweet was deleted for violating Twitter rules.

The main narrative being manufactured by conservative media figures is that Rittenhouse was acting in self-defense.

Here’s the new narrative: Using non-lethal force to disarm a vigilante illegally brandishing an assault weapon—who just shot somebody in the head—is *the real crime,* and that vigilante acted in self-defense when he shot the men trying to disarm him.

This is fully delusional. pic.twitter.com/FjZgLOrrjU

Tucker Carlson dedicated a segment of his show Wednesday to the self-defense angle.

“The 17-year-old who has now been charged tried to run from the mob. He tripped and fell in the middle of the street. A man ran up and smashed him in the head with a skateboard,” Carlson said. “The 17-year-old then fired his gun.”

Carlson said a court would have to decide if Rittenhouse was acting in self-defense, with the crystal clear implication being that Carlson believed he was. He went on to blame Democrats, including Wisconsin’s governor, for the “anarchy” that led to these shootings. Carlson implies that Rittenhouse’s actions were not just justified but necessary after Democrats “abandoned” the city, even though you can see in photos and video of the protests that police are very much present.

An innocent black guy is killed by police and Tucker Carlson calls him a thug.

Every word of what Tucker said is absolute bullshit. There is extremely disturbing video of what actually happened. I don’t recommend watching it but here’s what it shows, essentially: A young man (identified as Rittenhouse) is running down the street holding what appears to be a large semi-automatic rifle/long gun. A crowd is running after him, yelling that he shot someone—he had already shot someone at that point. The man falls to the ground, appearing to trip over himself. As members of the crowd catch up to him, he sits up and fires multiple times into the crowd.

It does look like someone then hits him with a skateboard as they run by him, as he is shooting at others. He appears to continue shooting after that.

He then gets up and continues to run and walk up the street, towards approaching police vehicles, with his hands in the air. Despite carrying a giant gun, and despite the crowd yelling to police that he had shot people, the police drive by him without stopping.

What the video doesn’t show, but what we now know, is that Rittenhouse walked past those police officers and returned to his home. He wasn’t arrested until the next day.

There is no just world in which Rittenhouse can claim self-defense after driving into a city in a state where he does not live, heavily armed. In a fantastic Daily Show segment, Trevor Noah broke that idea down, saying, “Let me tell you something. Nobody drives into a city with guns because they love someone else’s business that much. That’s some bullshit. No one has ever thought, ‘Oh, it’s my solemn duty to pick up a rifle and protect that T.J. Maxx.’ They do it because they’re hoping to shoot someone.”

White society preparing to throw all its support behind Kyle Rittenhouse like they did for George Zimmerman. There’s always a justification for murdering Black people. White ppl have a right to murder but Black ppl have no right to self-defense or to even have a knife in a car.

It makes sense that the conservative media is bending over backward to frame Rittenhouse as a hero because he is their exact prime target demographic. Here’s what we’ve been learning about him since his arrest: He was a junior police cadet and obsessed with guns. His social media accounts were filled with “blue lives matter” and pro-Trump propaganda. He attended a Trump rally in January and stood in the front row.

Rittenhouse is a big fan of people like Trump and Tucker Carlson and they, in turn, are making sure to have his back now. Nothing about this is subtle.

Ted Bundy worked at a suicide hotline. The BTK Killer was president of his Lutheran Church council. Jeffrey Dahmer worked at a candy factory. https://t.co/ep0Yft4qfL

“It really made me wonder why some people get shot seven times in the back, while other people are treated like human beings and reasoned with and taken into custody with no bullets in their bodies,” he said.

Why do the police decide that some threats must be extinguished, while other threats get defused? We know the answer. pic.twitter.com/3GpyT8zEhf

“How come Jacob Blake was seen as a deadly threat for a theoretical gun that he might have and might try to commit a crime with, but this gunman who was armed and had already shot people—who had shown that he was a threat—was arrested the next day, given full due process of the law and generally treated like a human being whose life matters?”

“I’m asking these as questions but I feel like we know we the answer,” said Noah. “The answer is that the gun doesn’t matter as much as who is holding the gun. Because to some people, Black skin is the most threatening weapon of all.”

Tucker Carlson and his ilk are doing everything they can to make sure their audiences feel that way because it keeps them in power and keeps their ratings high.