A New Star Wars Movie Is Coming in 2022, but We Don’t Know Who’s Making It 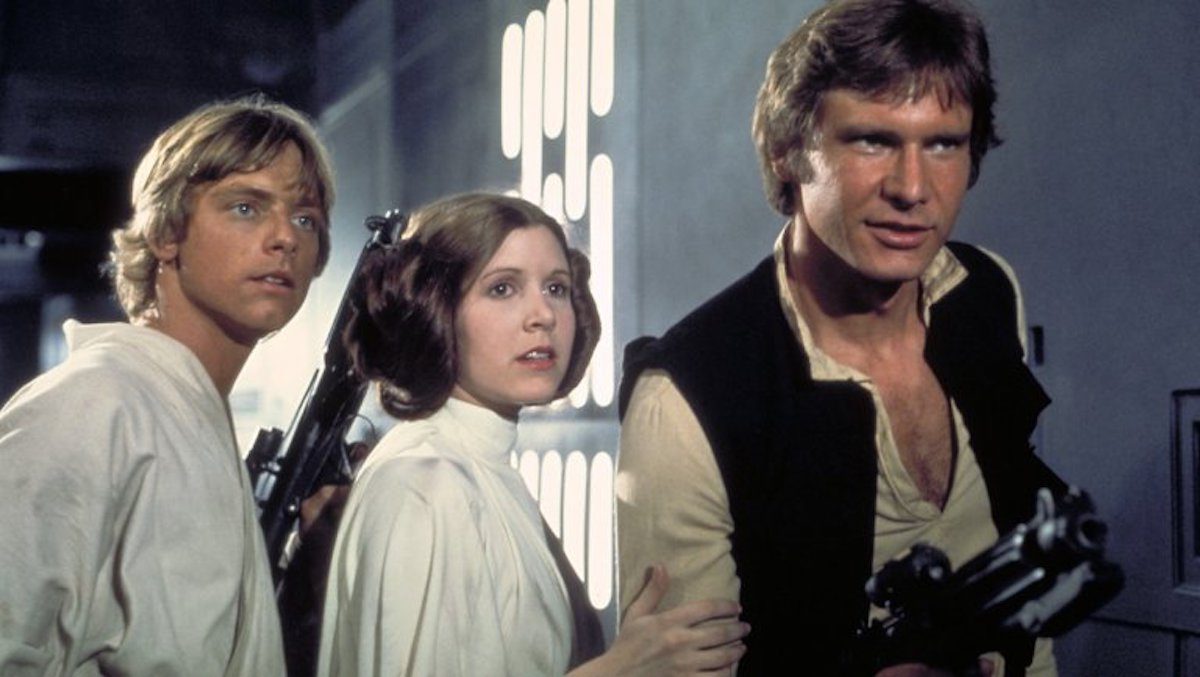 Even with the release of The Rise of Skywalker next month, the expansion of Galaxy’s Edge in Disney parks and the success of The Mandalorian on Disney+, the future of Star Wars on the big screen is uncertain, with no new films set for the near future. But there are dates reserved on the Disney calendar for new Star Wars movies … we just don’t know who’s going to make them.

But LucasFilm head Kathleen Kennedy does. In a new profile of Kennedy by The Hollywood Reporter, they offer the following tantalizing tidbit:

Sources say Kennedy has a film on deck for 2022, but not the one being developed by The Last Jedi filmmaker Rian Johnson. (No announcement is planned until January.)

The tentative dates for a new trilogy are 2022, 2024, and 2026 and if tradition holds, the holiday season of those years, but no official announcement has been made yet and so that’s what we’re expecting in January. So who is making these movies? Or movie—it doesn’t necessarily have to be a new Trilogy.

Well, it’s not D. B. Weiss and David Benioff, the Game of Thrones helmers who were slated to develop a the new trilogy to take that slot. As you may remember, after a highly publicized (and in some corners, loudly decried) deal to develop the next chapter of the Star Wars saga, the pair left LucasFilm last month citing scheduling conflicts with their deal with Netflix.

Most assume it would be Rian Johnson, director of The Last Jedi,  who would be pushed forward into the Weiss-Benioff dates, since he’s been announced on a new trilogy, but if it’s not him then who? The only other Star Wars project we know about its being developed by Marvel head honcho Kevin Feige, but no director is attached, so maybe it’s that?

If there’s a new director or creative team in the mix we of course have one simple hope: that it’s not a white man.

The Star Wars franchise is the biggest in the world and it—like most of Hollywood—desperately needs to diversify behind the camera. Star Wars stories have almost universal appeal and therefore they need voices in the scripts and the director’s chair that reflect the world they entertain. I know this might make Disney and LucasFilm nervous, given the deplorable reaction of some sectors of the fandom to the simple inclusion of a female force-wielder and people of color in the newest films, but those guys don’t matter. They had their time and their reaction to diversity means they don’t get to be in this conversation. Sorry.

Star Wars is a new mythology with the capacity to inspire and entertain everyone and it has been great to see the faces on screen become more diverse, but that doesn’t mean much if the people in power behind the scenes remain white and male. As powerful woman in Hollywood, I hope Kathleen Kennedy finally uses her position of power to advance other women and marginalized people behind the scenes too.