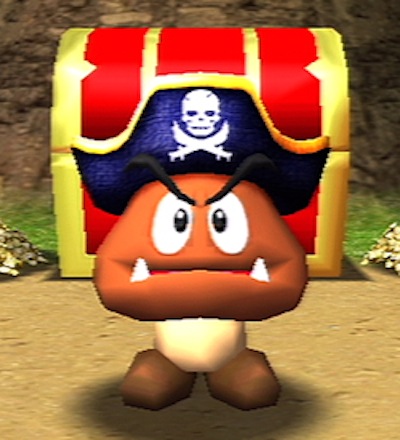 Authorities in the U.K. recently apprehended a 41 year-old man for creating and selling thousands of counterfeit Nintendo games. Justin Success Brooks — Yes, that is his actual middle name, not a handle — made fake Wii, DS, and DSi game bundles from pirated software, selling 100-200 games on a single disc or cartridge for the price of one or two retail products. It sounds like a great deal for everybody… Except Nintendo, which eventually came after the man cutting into their business.

“Mr. Success” was finally caught by through joint investigation by Nintendo and the UK Interactive Entertainment association. The organizations purchased counterfeit materials online, and followed the supply chain directly to Brooks. According to the Croyden Guardian, the business netted him about £600,000, or just under one million dollars USD.

According to the Guardian, Brooks was charged with seven counts of fraud: “two counts of fraudulent trading, two counts of supplying an article to use in fraud, two counts of unauthorized possession of goods bearing a trademark, and one count of unauthorised use of a trademark.” With a name like Justin Success Brooks, you would expect that he’d craftily figure a way of not going to prison, right? Apparently, one of the keys to success is knowing when the jig is up: Mr. Brooks pled guilty to all counts and is currently awaiting sentencing.