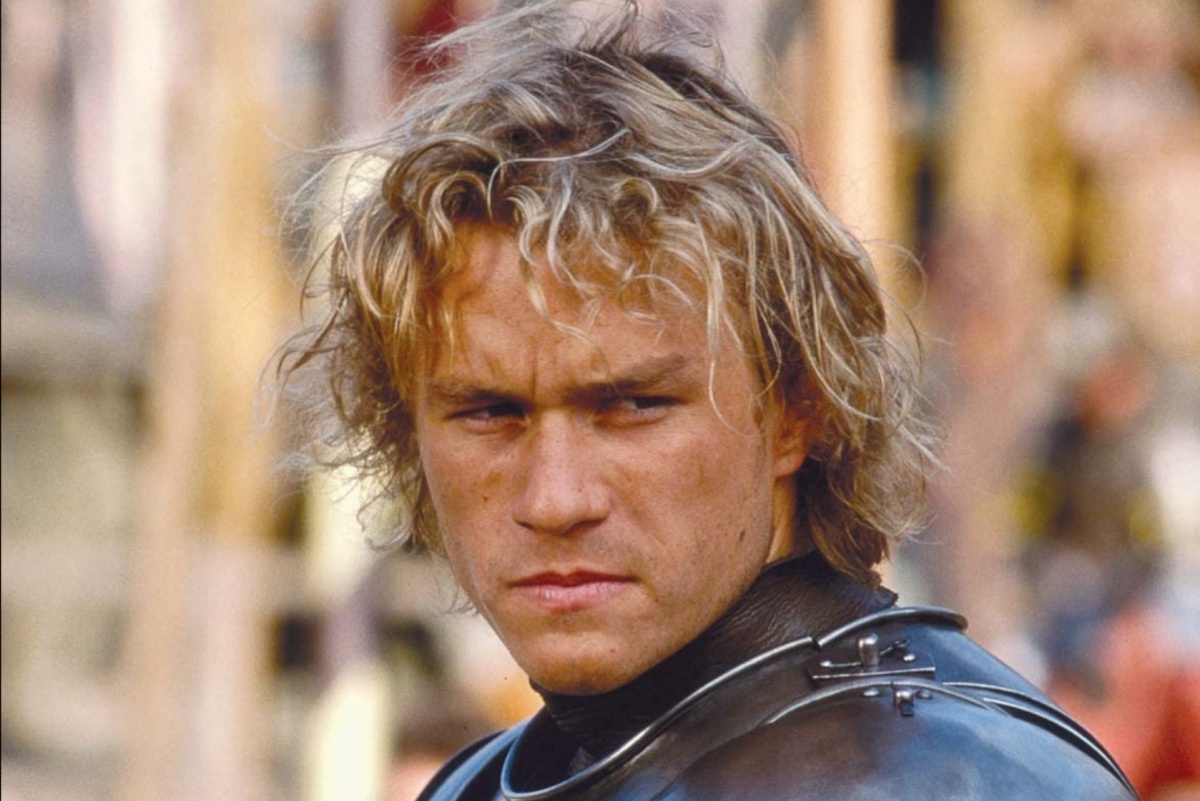 Heath Ledger was twenty-eight when he died, the same age I am now, and he left behind such a compelling legacy, winning an Oscar for The Dark Knight and creating the new template for one of the most popular comic book villains of all time. He also shined as a romantic lead. In his role as Ennis Del Mar in Brokeback Mountain, Ledger showed great dignity off-screen as he didn’t partake in the tasteless and homophobic jokes others did. As Patrick in 10 Things I Hate About You, he serenaded us all, and in A Knight’s Tale, he did something that no King Arthur movie has been able to do: made it charming.

Written, produced, and directed by Brian Helgeland, A Knight’s Tale is a 2001 British-American comedy about a squire named William (Ledger) who ends up impersonating a knight after his lord shits himself to death. After winning the joust, he and his two friends, Roland (Mark Addy) and Wat (Alan Tudyk), decide to transform William into a nobleman so he can change their destinies. Joined by Geoffrey Chaucer (Paul Bettany), a widowed Blacksmith named Kate (Laura Fraser), and a noblewoman named Jocelyn (Shannyn Sossamon), the film is filled to the brim with anachronism and absurdity, but it is fun as hell.

It shines brightest because the cast is unmistakably charming. Ledger’s smile is truly captivating, and every time he appears onscreen, it makes me think of all the roles he would have excelled in if he’d lived. Not many people have the ability to be a leading actor with the kind of range to be beautiful and terrifying within the same few years.

A Knight’s Tale in particular works so well because it doesn’t take itself too seriously. The modern-day music is established early, and when the film opens with a man having pooped himself to death, you know it’s not going to be a serious matter. Still, I think that unlike King Arthur films that focus so much on the undercover royal plot and secret destiny, A Knight’s Tale works because William is just a regular dude who is good at jousting, works hard at it, and is trying to build a better life for himself and his friends.

The scene where he reunites with his now-blind father is especially touching because of the vulnerability there. He had a loving father who sent him to work with a knight so that he could one day achieve his dream. His friends all take the piss out of him, but there is a genuine friendship there. Plus, Jocelyn is actually quite a fun character as the love interest. She is cheeky, not at all bothered by William not being a noble, and stands up for herself without it being a #girlboss situation.

More than anything, it is nice to have a movie in this time period that isn’t solely focused on royalty. While it isn’t overtly stated, I feel part of the reason William is such a good knight is that he isn’t noble. For him, this isn’t just about masculine pride; it’s about survival and proving that he could make his own destiny—born from the mud and now a Knight in his own right.

Plus, watching people in period clothes dancing to David Bowie is always a bit of fun.