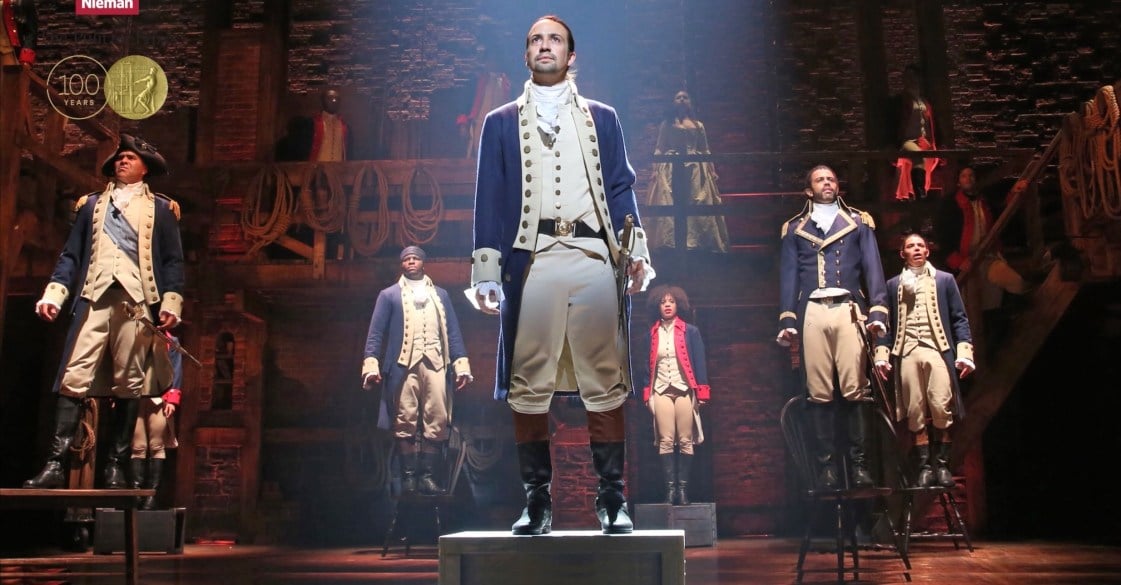 Don’t celebrate the headlines quite yet, Hamil-fans. Despite reports that “Lin-Manuel Miranda Reveals ‘Hamilton’ Movie Will Feature Original Broadway Cast,” a film of the hit musical won’t be hitting theaters any time soon, and certainly not a new, cinematic version.

Confusion is understandable, given the cast of the show tweeting this article and headline:

This tweet and headline, with its future tense wording, understandably, got a lot of people excited on the web,

But, if you dig deeper, all that’s been confirmed it something we already knew: that the Broadway version of the show was filmed professionally with the entire cast. That film has been edited and exists … but we don’t know how or when it will see the light of day and make it to theaters.

Here’s the actual statement from Lin Manuel Miranda to Variety that set off the panic.

So, yes, there already exists a Hamilton “movie” but it’s the stage version. This is great. I’m of the opinion that every Broadway show should be professionally filmed and made available to people who can’t afford $400 tickets and trips to New York. There are some truly excellent filmed performances out there, like The Phantom of the Opera‘s 25th-anniversary concert, or Les Miserables In Concert. It’s a great way to preserve theater and make it accessible.

The question here seems to be not if, but when, we’ll see this filmed version of the show—and if it will come out before or after a proper Hamilton movie. My money is on before. Hit musicals are hard to adapt to the screen and even when they are, the results are, let’s say … mixed.

A film of Wicked, which opened in 2003, has been rumored forever. As of now, it’s supposed to happen in 2021 … but no director or cast has been announced so, not holding our breath there. And along or short road to the cinema from Broadway doesn’t mean a good film: The Producers had a relatively short span between debut and film adaptation…and was bad. Phantom took 18 years between broadway and movies and that film…sucked I think is the technical term. And well … Cats.

So, maybe we shouldn’t be in a hurry to see a Hamilton movie? Let’s enjoy In The Heights for now and hope that Miranda releases that filmed version of the Broadway cast soon.