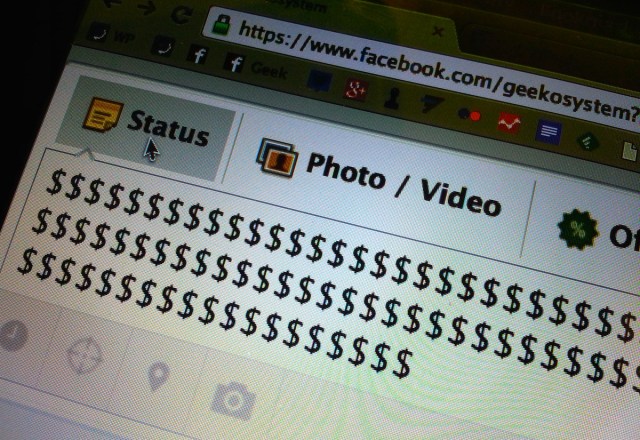 Kids are expensive. Food. Clothes. Toys. $80,000 Facebook updates. That last one’s not all that common, but it happened to one father/daughter team in Miami when an update from the daughter cost her father an $80,000 lawsuit settlement.

Patrick Snay sued his former employer, Gulliver Preparatory School, for age discrimination when he was let go from his Headmaster position. Snay won the lawsuit, and a judge ruled that the school needed to pay him the $80,000, but included the stipulation that Snay and his wife not disclose to details of the settlement to anyone.

When the Snay’s daughter posted the update:

Mama and Papa Snay won the case against Gulliver. Gulliver is now officially paying for my vacation to Europe this summer.

That went in violation of the terms of the settlement, making it null and void.

We’ve seen this story being used as some kind of example that parents need to be careful what their kids are posting on Facebook, but I think the real warning here is: parents. Don’t tell your kids how much money you have. Ever. That’s when they start plotting against you and thinking about all the stuff they’ll buy when you’re dead.