6 Spicy Book Opinions to Throw Into the Hot Take Fire 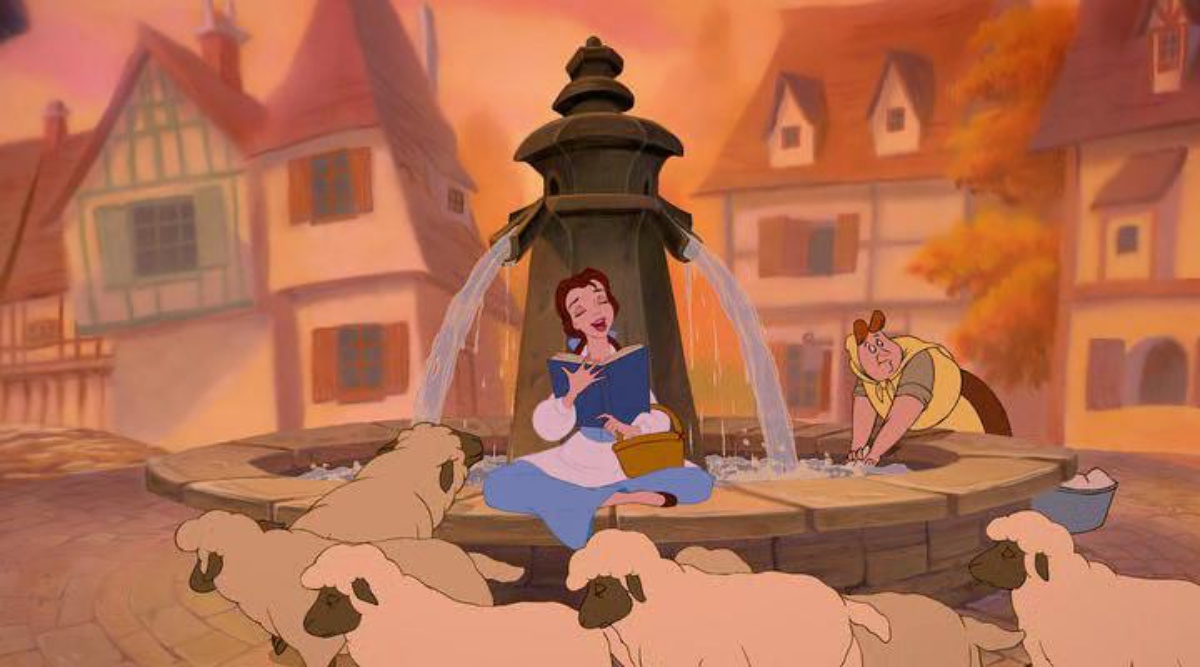 Literary hot takes, a dangerous brew but so sweet and satisfying at times. On Twitter, writer and professor Ryan Boyd opened the literary floodgates when he asked people to share their most unpopular opinions about books. He asked and boy-howdy did he receive.

Give me your spiciest, maddest, most sacrilegious Book Opinion.

The Twitter moment and retweets are filled with some great takes that are fun to read because it has stuff for everyone, pro and anti-alike, for nearly every aspect of literary fandom. Rather than just posting a whole bunch of other people’s tweets, I decided that I would share some of my spicy hot takes with y’all because having spent a lot of time in the upper English literary academic world and the general online lit community … I have some thoughts. But just remember:

(1) Being critical of the Western Canon doesn’t mean we hate all of it.

I know it may seem to many that, because I am critical of the Western literary canon, I hate all of it, and the reality is that I actually enjoy a solid chunk of it. Just because I think it should be less white, more inclusive, and updated, doesn’t mean I’m trying to remove all your favs.

I have the opening line of the Illiad tattooed on my arm in Greek. I’m a fan. The problem with a lot of these texts is that many teachers force then onto kids who really could not care less until you break down what makes the stories so lasting and impactful. Being able to understand that The Illiad is in many ways an anti-war poem and break down how the narrative is very critical of all the macho bullshit that warriors like Agamemnon, Achilles, Paris and especially that asshole Ajax the Lesser (no relation to Ajax the Greater) do that ends up damning the Greeks even when they win is super fun and important.

In addition the lack of inclusion among the canon, there is a real gatekeeping issue with people not wanting to make the text relatable to different audiences and scoff when contemporary authors attempt to do just that. It’s a shame because if you are propping up Western canon as being universal, but don’t want people to play with that universality, then what’s the truth, professor?

That being said, when you hold onto this idea of the “Western canon” with so much vigor that you don’t even understand how that term “Western Canon” is limiting, not just to the culture, but yourself as a reader, that just means you are cutting yourself off from a lot of great works from around the literary world, and that’s a damn shame.

If you don’t like a book, you don’t have to finish it. “It gets better later on” is a symptom of poor craft & a terrible reason to be miserable for +100 pages https://t.co/Ryyn8LQenH

(2) Manga should be seen as literature.

The same way people have been learning to see comic books and graphic novels as having literary value, I believe that same sort of consideration should be given to manga. Manga has delivered some epic series from across different genres and I think that it is silly to say that we believe comics and graphic novels have literary value, but not agree that manga does as well. Full Metal Alchemist has just as much science-fiction/fantasy value as something like Dune or Lord of Rings with really great themes about family, war, genocide and what it means to be human. Sailor Moon, with all of its inspiration from mythology and multiple different genres from horror to fantasy, should be able to stand proudly beside many fantasy series we call classics.

The idea that being well-read can make someone a better person is a lie that’s more of a way for readers to assign some moral quality to what they like. Compassion for fictional characters is not compassion for real humans. It doesn’t require as much work and sensitivity. https://t.co/IU2MZX1ZHo

(3) Jane Austen is better than half your favs in most ways.

There is a reason you can take Austen’s stories and tell them anywhere in the world. The universality of her stories and the human condition are compelling if they take place in Regency-era England, India or the streets of Brooklyn. Pride and Prejudice isn’t even her best work (Sense and Sensibility), but her characters are a lot more interesting and fun than she is given credit for. Is she perfect? Nope, but people who try to say that her work is hack need to show me which of their favs they consider better among her contemporaries. (That being said there are other great female authors from this time period read them thx).

“Historical accuracy” is not a good enough reason for putting graphic and gratuitous violence against women in books https://t.co/o8kU3xzYUE

(4) Amy in Little Women is fine. Jo and Laurie are kinda dull.

Yeah … Jo and Laurie do nothing for me, and I think Amy is funny. Yes, I know Amy committed the sin of throwing Jo’s book into the fire and yes that was bad. But sometimes I think we forget as bookish, creative people just how annoying we ourselves can be. Amy apologized and she was a kid. My brother has done stupid shit like that to me before (ripping a page on purpose out of spite) it’s bad, but like, you can learn to let it go.

Also, Amy didn’t steal Laurie away. He ran over to her with arms wide open, so if you are mad at someone, be mad at him. Amy just wants to paint and actually had good character development into becoming a kind and compassionate person despite being “petted” in her youth.

Books are meant to be read. Not worshipped https://t.co/wDYaM5N6jJ

(5) Sometimes world-building in fantasy can be too much

I love fantasy, but sometimes when a book opens with a map and a whole breakdown of the society before I even get a sense of who the characters are, I’m already exhausted. Worldbuilding is fun, but if I don’t care about your characters or the story taking place inside your world … what’s the point? If you do a good job, I’ll figure it out. You don’t have to spell it out at the very beginning.

You don’t HAVE to read the classics. Many are “good” simply because we’ve been told they are. https://t.co/BF1VZ9jjNg

(6) Hermione shouldn’t be the “hero” in Harry Potter

For a long time, I subscribed to the whole “oh Hermione should be in charge” mindset that exists in the Harry Potter fandom, but upon recent reflection, I realized that I don’t actually think Hermione would be a good leader. Hermione is smart and kind for sure, but she’s also very closed-minded and not open to things she can’t understand. She’s also not very empathetic, which I have come to find to be one of the traits I think are really important in a classic hero. I think that Hermione is your second, your tactician, but I think you need someone else to be the hero. Someone like Luna Lovegood.

What are your spicy book takes?