6 Incredibly Entertaining Movies Based on Video Games | The Mary Sue

Most movies based on video games are downright bad, but that doesn't mean they're not entertaining.

Since the days of Pong, video games have evolved into works of art, filled with incredible technology, stunning imagery, and amazing storylines. Unfortunately, movies video game movies have failed to capture the same achievements. In fact, most of them are downright bad.

Still, there’s something addictively enjoyable about video game films, as these seven incredibly entertaining movies based on video games prove.

Based on the 1992 side-scrolling arcade fighting game notable for its gory finishing moves. 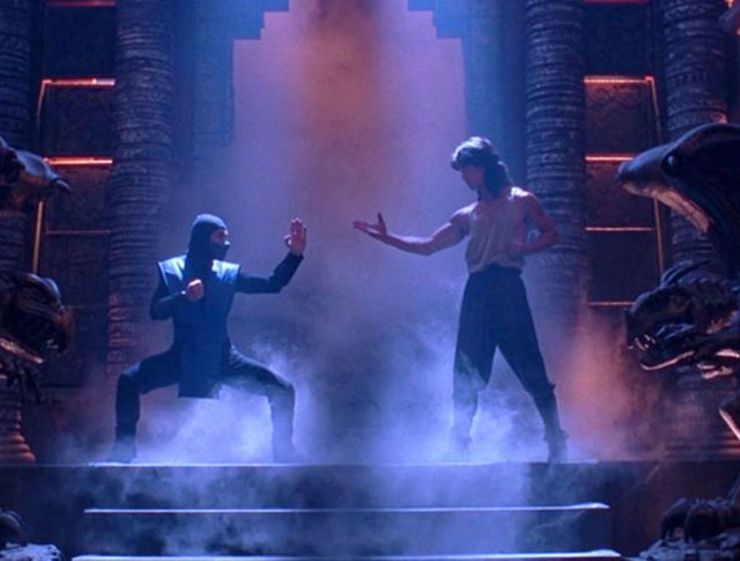 The Good: Between the driving music, the impressive hand-to-hand fighting, and a storyline that actually kind of works, Mortal Kombat is a fast-paced fighting flick that definitely keeps the viewer invested.

The Bad: The performances from … well … honestly, pretty much all of the performances stink. Robin Shou as Liu Kang sounds like he’s just reading the lines, Linden Ashby as Johnny Cage is so over the top that it hurts, and Bridgette Wilson-Sampras is painfully rigid as Sonya. This is definitely not a movie you watch for great acting.

Faithfulness to the Game: Where is the Toasty Man? Seriously! You throw in the line “Finish him,” but not the Toasty Man? I’m hurt. And sad. And definitely not feeling toasty.

RELATED: The Best Video Game Soundtracks of All Time

Based on the 1999 survival horror game, in which a man must find his daughter in the terrifying small town of Silent Hill. 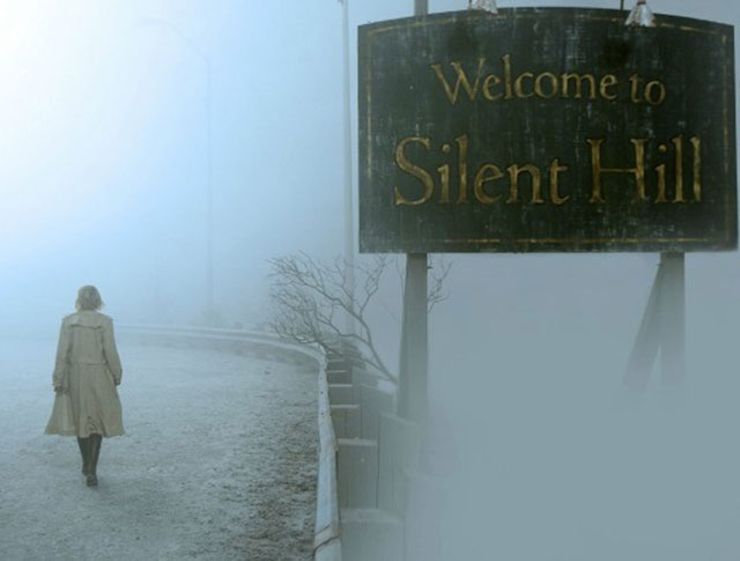 The Good: Silent Hill is known for atmosphere, and the film recreated the eerie, pulse-pounding fogginess of the game’s world with wonderfully creepy visuals. The bathroom scene, where the walls slowly rot away into a bloody mess, is incredibly disturbing.

The Bad: I’m still not quite sure what the ending meant. Or even what the plot was. Silent Hill’s storyline is really convoluted, and, honestly, I don’t think the filmmakers were too concerned. This is a movie about feeling, not thought.

Faithfulness to the Game: The way both Pyramid Head and the nurses are depicted in the film is impressive, especially considering the costume designers had to top all the great cosplay that exists for both characters. And the way the nurses move? Absolutely shudder-worthy.

Based on the 1996 survival horror / third-person shooter game about a zombie apocalypse started by the shadowy Umbrella Corporation. 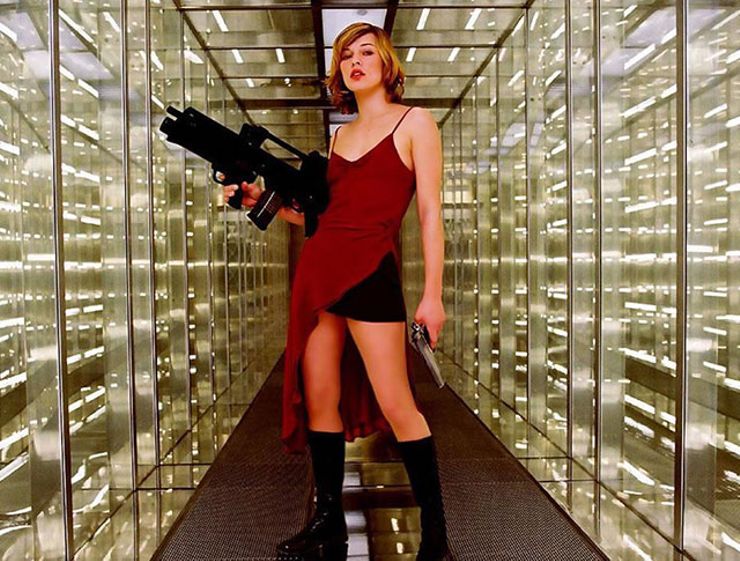 The Good: Most of it. This is a really solid action horror flick, even if you aren’t familiar with the source material. The genesis of one of media’s most legendary zombie-pocalypses is incredibly fun to watch, and the emotional implications of the end of the world are nicely handled.

The Bad: The sequels. All of them. The first film is great, but the sequels fall flat. While one shouldn’t judge a film on its sequels, it’s hard not to have some bias (especially if you end up seeing a later film first, like I did).

Faithfulness to the Game: The zombie dog scene feels straight out of one of the games (in fact, there are numerous memorable canine zombies in Resident Evil 4).Additionally, the Red Queen was such a clever AI character that she eventually migrated from the film into the platformers, appearing in Resident Evil: The Umbrella Chronicles.

Based on the 1987 side-scrolling arcade fighting game that originated the idea of special command based moves. 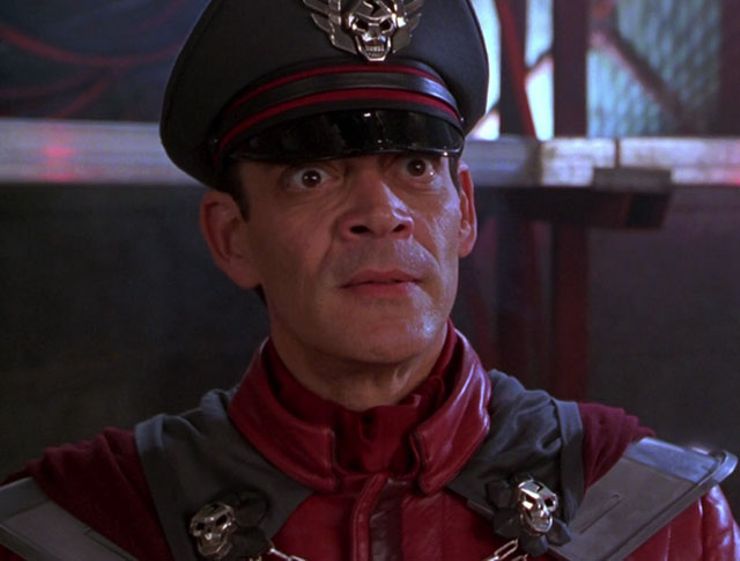 The Good: Raul Julia makes this movie worth watching. Julia’s portrayal of Bison was his last performance before his untimely death, and is absurd in the most wonderful of ways, moving flawlessly between chilling calmness to unhinged anger. Also, the constant terrible one-liners are fantastically entertaining.

The Bad: I’m a fan of Ming-Na Wen’s work on Marvel’s Agents of S.H.I.E.L.D., but her portrayal of Chun-Li really falls flat.

Faithfulness to the Game: It’s a fighting game movie, starring Jean-Claude Van Damme. How in the heck is there only one big hand-to-hand combat scene, most of which had constant cutaways to hide the fact that Raul Julia was not a martial artist?

Based on the 1993 horror first-person shooter (FPS) often credited with popularizing the genre. 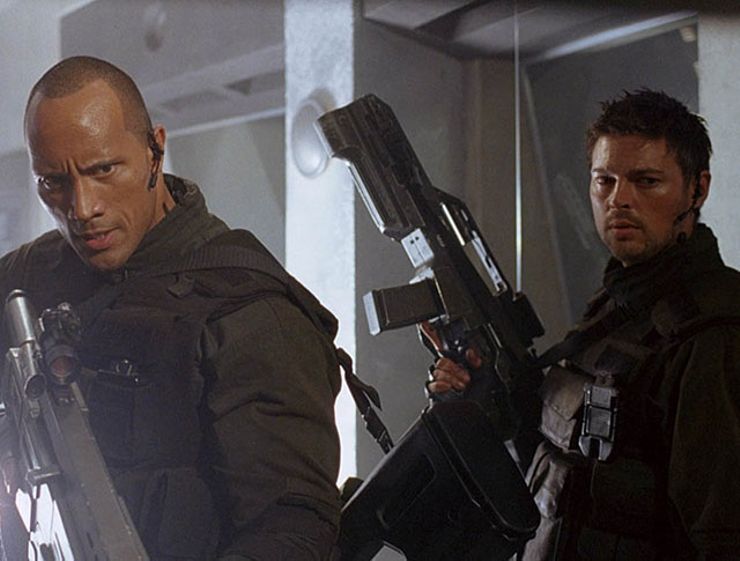 The Good: Between his work in Star Trek, The Lord of the Rings, and Dredd, I’m an avowed Karl Urban fan, and he did not disappoint in Doom. Between the quality of his performance and the sheer action entertainment of the story, this film deserves more praise than it gets.

The Bad: The Rock, before he was Dwayne Johnson, was not exactly the world’s best leading man. While his stiff portrayal works for some of the movie, it definitely flounders at the end.

Faithfulness to the Game: There’s a perfect first-person shoot scene that looks straight out of the game. That segment alone makes the move worth watching.

Based on the 1985 side-scrolling platformer that introduced the beloved plumber, his hapless brother, and a perpetually-kidnapped princess. 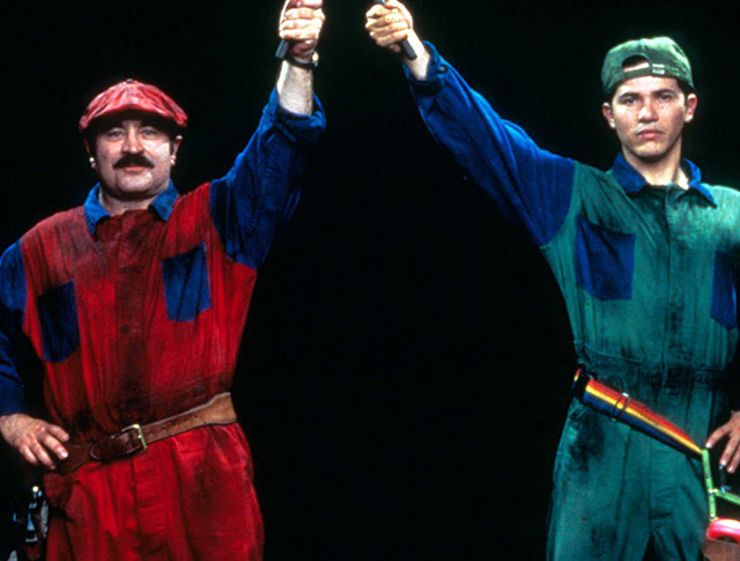 The Good: Everything. Ok, not really, but I deeply love this film for all its ridiculousness. Sure, it’s weird that Mario is not the star of a movie with his name in it, and Peach is a throwaway character. But this crazy mish-mosh creates sheer joy—kind of like how the game, which is very strange if you think about it, is one of the most lasting franchises in gaming history. Anyway, what kind of deep story did you expect from a movie based on a game whose only real plot point is, “Your princess is in another castle”?

The Bad: The sentient slime is just weird. And gross.

Faithfulness to the Game: The film does a decent job of riffing on some of the classic game elements, like traveling in pipes. But what’s up with the Goombas? How did they go from being giant heads with tiny legs to giant bodies with tiny heads? And why are they lizards?

It’s time for a BONUS ROUND! 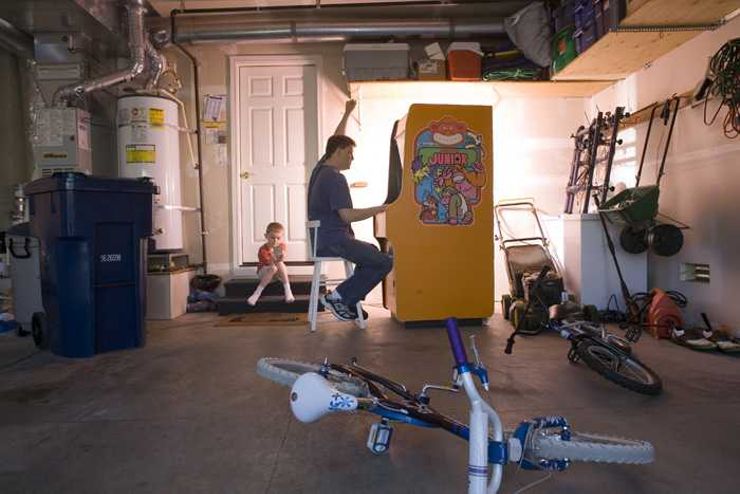 Hardcore Henry: This 2015 movie technically isn’t based on a single game, but it’s a film that basically is a video game. Shot from the main character’s perspective (so we only see his arms) with a ridiculously convoluted mission, constantly changing weapons and skills, and even a clever riff on the idea of respawning, this movie will thrill anyone who plays first-person shooters.

The King of Kong: This isn’t a film based on a video game, but a 2007 documentary based on playing video games. Delving into the surprisingly intense world of competitive arcade gaming, The King of Kong is a fascinating character study set in a subculture you probably never even knew existed.

Tron: This is a film about a fake video game that became a real video game only after the 1982 film was released. Tron was legendary in its time for its special effects and, years later, they’re still beautiful to see. This movie remains iconic for a reason.