5 Things I Learned by Starting a Feminist Anime Website 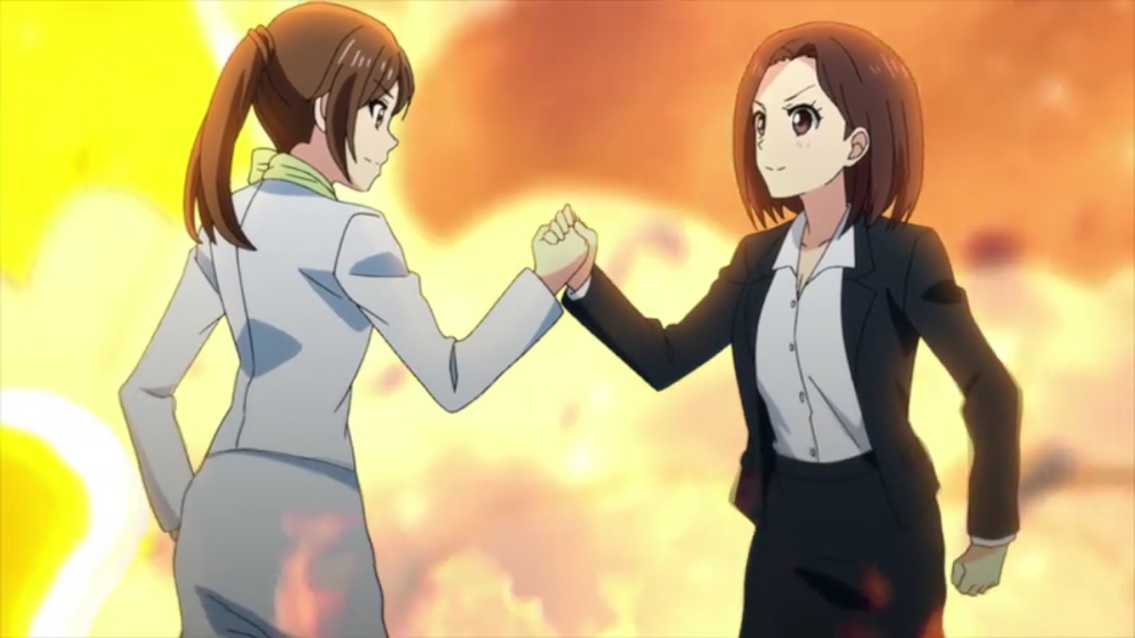 In the last week of August, I was talking with a friend about domain names for his new anime blog. “You know what domain name is definitely still available? www.animefeminist.com. It was available in January and it’s still available now. Can’t imagine why anyone wouldn’t want that prime piece of troll bait!”

He replied, “Actually, that would be a good name for a larger site with more writers.”

Within six hours I’d bought it. The next day I started approaching contacts, asking if they’d be willing to learn more about this idea I had. A few days after that a critical piece I had written was published on The Mary Sue, and my plans paused while I dealt with the constant stream of ugly tweets and messages. Anime Feminist launched just over a month later, and I haven’t stopped learning since.

After the moé article got such a strong response, people who had been neutral about me and my work made statements against harassment, offered private messages of support, publicly agreed with my critique. I actually made a lot of new friends, and it smoothed the path for a feminist site to be accepted by anime fandom. The backlash was unwelcome and unpleasant, but by inviting me to express blunt opinions about controversial topics, The Mary Sue effectively secured me broader support for AniFem. When we launched, many potential skeptics said, “Yep, makes sense. Did you see the tweets she was getting just for saying moé has some problems?” Don’t get me wrong; I’d rather avoid backlash entirely, but that’s impossible because…

I opted to prioritize addressing our strongest kneejerk criticisms, meaning our first feature was by a man who works in the anime industry and I soon highlighted the fact that most of our Patreon patrons are men. “See? The idea that we are invading ‘your’ [straight male otaku] space is invalid,” was my point, but I knew fellow feminists would be likely to read that as “See? We’re legit because some dudes said so.” And I chose to let that burn on the understanding that we could fix that more easily than the potential dumpster fire of coordinated negative attention in our first weeks of existence. Other people would choose differently, and I don’t blame them. Good choices are a luxury; least-terrible is the best we can hope for when…

“Fandom is already inclusive, why are you segregating yourselves?”
“Anime doesn’t need feminism, get out of our fandom!”

After my first post here, I noted this tendency of my critics to contradict each other, leaving me no “right” option. This has, predictably, happened with AniFem too. The most frustrating accusation is: “We can’t believe your insistence that you don’t want to censor anime because we’ve heard that already with video games and look how that turned out!” I’m not a gamer and have no idea what happened there, but I do know that if people are certain we’re a) lying or b) on a slippery slope we can’t control, there’s no way to convince them otherwise. I feel the need to say something though, because…

When interviewed by Kotaku, I felt the weight of every word that came out of my mouth and added 30 more to offset the potential negative impact of each one. I write tweets on my personal account assuming they will be screencapped and used against me. However, I have been questioned by Gamergaters on everything from my credentials to the site’s finances, and no matter how much I may feel like they’ve put me on a tightrope into a trap, I answer what I can. Building a reputation of being approachable, polite and above all transparent feels like the safest way to protect my team and our site. I could be proven wrong on that in the long term but I’ve had some short term success; multiple commenters have said they appreciated me engaging in conversation, some even offering encouragement once they understood our true intentions. That said…

I completely understand why people blanket-block such commenters, because answering so many critics who won’t ever become patrons is an extremely time-consuming and low-value activity. However, the same people who flood my feed with aggressive rudeness then accuse me of “dodging reasonable questions” if I don’t answer every one, insist that actively promoting our sole source of income makes AniFem a “cash grab” (for all those sweet feminist blogging billions, right?). The day I eventually start drawing a part time minimum wage salary from the site I pour my time and energy into I will be a money-grubbing hypocrite, even though it’s incredibly hard work to reach even a sustainable level of funding. We could probably make decent bank from Amazon affiliation if it didn’t feel ethically questionable for a feminist site to make money from that association. However, paying all writers and editors fairly is our top priority, and if people who support what we do in principle don’t also support us financially on Patreon, I may have to choose between those two ethical positions at some point. More no-win scenarios, in every possible direction.

In other words, both what I have said and done and what I have not said or done will be simultaneously praised, mocked, doubted and condemned by people who share my politics and by people who don’t. Experiencing life on the knife-edge, waiting for my inevitable misstep, gives me an even greater respect for the work of geek feminist content creators.

Amelia Cook has a degree in Japanese Studies and is a freelance writer on film, TV and anime as well as editor-in-chief of Anime Feminist, which you can follow on Facebook and Twitter and support through Patreon.