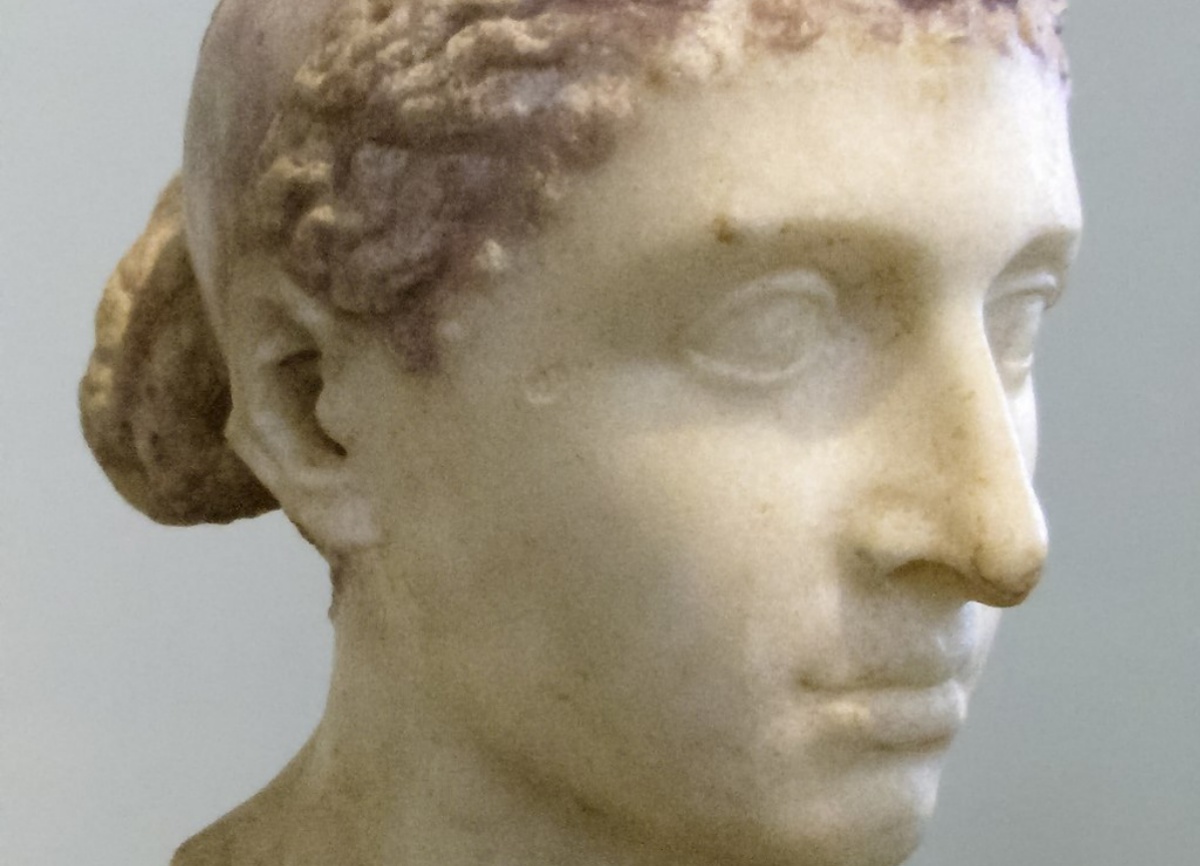 Cleopatra is one of the most well-known historical figures from Ancient Egypt whose legacy has been debated for centuries due to anti-Egyptian propaganda that downplayed her intelligence and emphasized her sexuality. Her popularity is why she keeps coming up in film and television.

Now there are rumors, according to Vox, that actresses Lady Gaga and Angelina Jolie are in the running to playing the Egyptian queen in a new movie. I mean … sure?

I may appreciate that Cleopatra was a brilliant woman whose importance deserves to recognized outside of her relationships to Julius Ceaser and Mark Antony. But at the same time if they are casting an older actress to play Cleopatra, then we aren’t going to get the early years and honestly, we’d better off just reading Stacey Shieff’s biography and calling it a day.

Then there’s the part where Cleopatra news always leads to the conversation of her race and the question: “Is Cleopatra Black?”

Longer answer: No, because the Ptolemys were very, very inbred.

The desire to see Cleopatra as a Black/Brown woman, while understandable, is just historically inaccurate. Our relentless focus on Cleo also ignores the fact that Egypt and areas all around Africa are filled with actual Black and Brown royals who were badasses, and also along the diaspora. So, instead of Cleopatra, if you are looking to bring the stories of some actual Black women in need of adaptation.*

(1) Carlota Lucumí aka  La Negra Carlota: an African-born enslaved Cuban woman of Yoruba origin. Calota is known as one of the three leaders of the Triunvirato slave revolt in the province of Matanzas, Cuba on November 5, 1843. This revolt took place during the  Year of the Lash in 1843-1844. This was a period where white Cuban authorities executed, imprisoned, or banished from the island thousands of Afro-Cubans (both slave and free) because of fear of revolts. Carlota and another slave, Firmina, were two women among a number of men who organized the slave revolt at the Triunvirato plantation. Most of what we know about Carlota comes from slave testimonies since a lot of the historical record likes to emphasize the men involved. Yet her legacy lives on and she has a statue in Cuba depicting her with a machete.

(2) Queen Arawelo: an ancient queen of Somalia who attempted to bring gender equality to her land. The firstborn daughter of a brutal king who loved to start wars, rape women, and eat a lot of goat meat. When he died he left behind a trio of daughters. Arawelo took the throne for herself and began getting rid of the normal gender roles in her kingdom. From childhood, she would organize groups of women to fetch water and hunt during the famines and droughts that plagued her people. Arawelo filled her government with women and worked to show how necessary women were. How cruel she was to men is now part of her mythology, with there not being actual facts for some of her more brutal moments. According to Mackenzi Lee in Bygone Badass Broads, Somalia experienced a long period of prosperity under her reign and now her name is a nickname for girls who are dominant and assertive.

(3) Yaa Asantewaa: queen mother of Ejisu in the Ashanti Empire, now part of modern-day Ghana.  In 1900 Yaa led the Ashanti war that is known as the War of the Golden Stool, or the Yaa Asantewaa war, against British colonialism. It was the final war in a series of conflicts between the British government against the Ashanti Empire. The Ashanti were fighting to retain their independence and to return their King Prempeh I, it was Yaa who spoke bravely and inspired them to act:

“Now I have seen that some of you fear to go forward to fight for our king. If it were the brave days of Osei Tutu, Okomfo Anokye and Opuku Ware I, chiefs would not sit down to see their king taken without firing a shot. No white man could have dared to speak to the Chief of Asante in the way the governor spoke to you chiefs this morning. Is it true that the bravery of Asante is no more? I cannot believe it. It cannot be! I must say this: if you, the men of Asante, will not go forward, then we will. I shall call upon my fellow women. We will fight the white men. We will fight till the last of us falls on the battlefield.” (The Bleeding Continent: How Africa Became Impoverished and Why It Remains Poor By Venatius Chukwudum Oforka)

Yaa Asantewaa was to be the war-leader of the Asante fighting force, the first and only example for a woman to be given that role in Asante history. She led an army of 5,000.  Queen Yaa Asantewaa and her advisers were captured and exiled to the Seychelles, where she died. However, the war ended with the Ashanti maintaining its de facto independence and they ruled themselves with little reference to the colonial power.

(4)  Mary Bowser: a Union spy during the Civil War. Bowser was an American former slave who worked in connection with Elizabeth Van Lew. Van Lew was a Virginia abolitionist who developed and conducted an extensive spy ring for the Union Army during the Civil War. Bower was a servant to Jefferson Davis’s family in the Confederate White House, which means she was right under the enemy’s nose the whole time reading all their documents. I hope she spat in his water Miss Celie-style. Mary Elizabeth Bowser was honored by the U.S. government with an induction into the Military Intelligence Hall of Fame in Fort Huachuca, Arizona.

(5) Marie-Claire Heureuse Félicité: was the Empress of Haiti (1804–1806). Born a free black woman, she married the first ruler of an independent Haiti, Jean-Jacques Dessalines. Marie-Claire lived a life of kindness and empathy for others. It is said that during sieges in Haiti, she was the one who encouraged her husband to leave roads to the city to be open so that the wounded in the city could get medical help. During the 1804 Haitian massacre, Marie-Claire opposed many of  Dessalines’ policies toward the white French people of Haiti. She saved many from being killed, even if her husband grew angry with her over it. Her short reign was filled with trying to bring kindness to one of Haiti’s most turbulent times. When Dessalines was deposed, Marie-Clare lived in poverty until the end of her life.

[*I tried to pick some lesser known figures so that is why the usual suspects: Hatshepsut, Harriet Tubman, Sojourner Truth, Queen Nzinga, Nanny of the Maroons, etc aren’t on here, but they should also have movies.]