Now it won't cost you an arm and a leg for an arm or a leg. 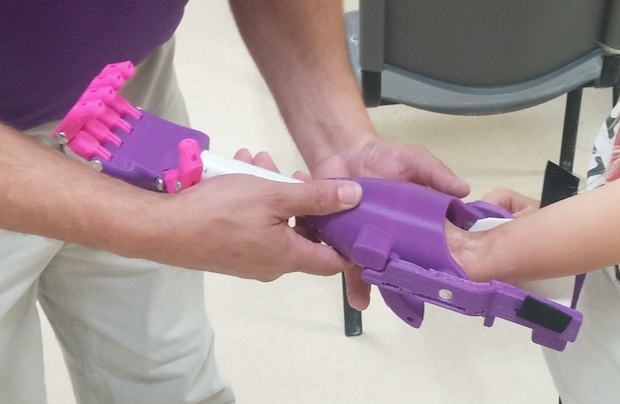 When Faith Lennox was born, she had no circulation in her left forearm and doctors were forced to amputate just below the elbow when she was only nine months old. Kids like Faith outgrow prosthetic limbs quickly and they’re very expensive – but now 3D printing has changed all of that.

Just to get a sense of how expensive prosthetic limbs are, they’re about $5,000-$50,000 for a leg and $3,000-$30,000 for an arm. The price varies depending on level of amputation and desired capabilities, but keep in mind that these things are heavy too.

Now think about how fast kids grow. Every few months, kids get new shoes and every year they get a new wardrobe. Faith Lennox outgrew an electronic arm that she got when she was three by the time she was five. The costs for a lifetime’s worth of properly fitting prosthetics is staggering.

Luckily, there’s a DIY 3D printing business, Build It Workspace, and a nonprofit group, e-NABLE, that were able to build seven-year-old Faith what she needs. Now she can tie her shoes, braid her hair, ride her bike, and hold down a piece of paper when she draws with her brand new pink and purple arm – and it only cost Faith’s parents $50.

This isn’t the first story of affordable prosthetic arms for kids. Some 8th graders crafted a Frozen-inspired prosthetic back in March. You also saw e-NABLE help another seven-year-old get a Stormtrooper arm. Oh, and that Ironman one too. Seriously, the possibilities are pretty limitless and that is super exciting.