3 New Girl Favorites You Never Knew Were in Gilmore Girls 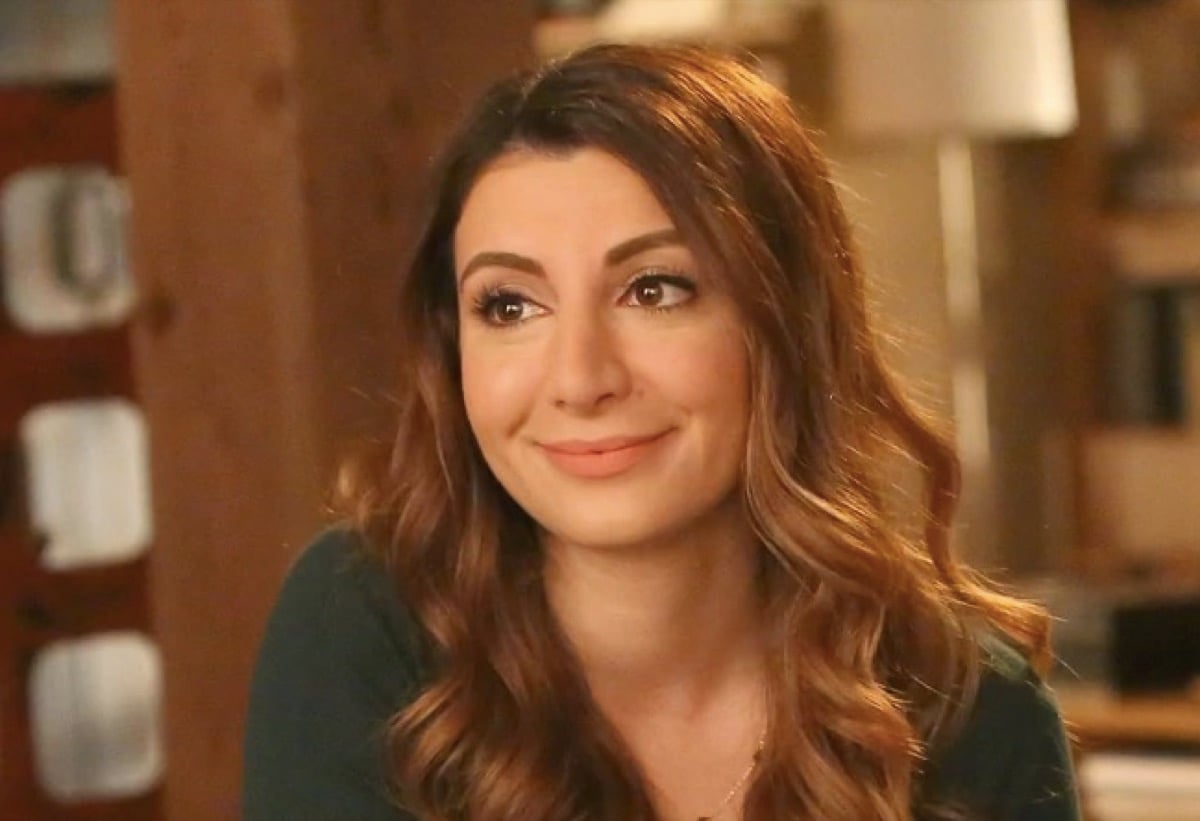 New Girl might have ended, but the characters live on in our hearts—and, apparently, in some of our favorite old shows?

One of the purest pleasures in life is getting the thrills from seeing famous Hollywood stars make surprising, and often short, appearances in ’90s and early 2000s TV shows we’ve watched on repeat for years. Hearts definitely doubled over as Bruce Willis walked into the Central Perk coffee shop in Friends, and remember that time Jodi Foster and Elijah Wood called in during Frasier? Lin-Manuel Miranda performed that memorable rap on one episode of How I Met Your Mother, and as ignorant teens, we may have missed Amy Adams’ student cameo the first time around in Smallville.

But that’s why we watch shows five, ten, or even twenty times over. The years go by, certain actors get more famous, and next thing you know, you’re watching an episode of Twin Peaks and Michael Cera shows up. There’s always someone new to see on these shows, and when it comes to the number of famous cameos, Gilmore Girls is certainly a top contender.

Gilmore Girls, with seven seasons spanning 2000 and 20007, showcased a number of famous faces, from Christiane Amanpour to Madeleine Albright. But what’s unique about rewatching Gilmore Girls over a decade after the show’s (original) finale is that most guest stars weren’t nearly as famous at the time of their cameo as they are today, such as Rami Malek, who hadn’t yet starred in Bohemian Rhapsody, and Nick Offerman, who wouldn’t star on Parks and Recreation for another few years.

But there’s another thing unique about the Gilmore Girls cameos, and it’s that it features a few Easter egg appearances from people who would one day all become famous for the same show: New Girl. For two seasons, soon-to-be-New-Girl-stars were popping up at some of the most memorable moments in Gilmore Girls, and we never knew it. From Lane’s wedding to Rory’s drunken night at the bar with Doyle, here’s a brief list of characters from New Girl you never knew were in Gilmore Girls. 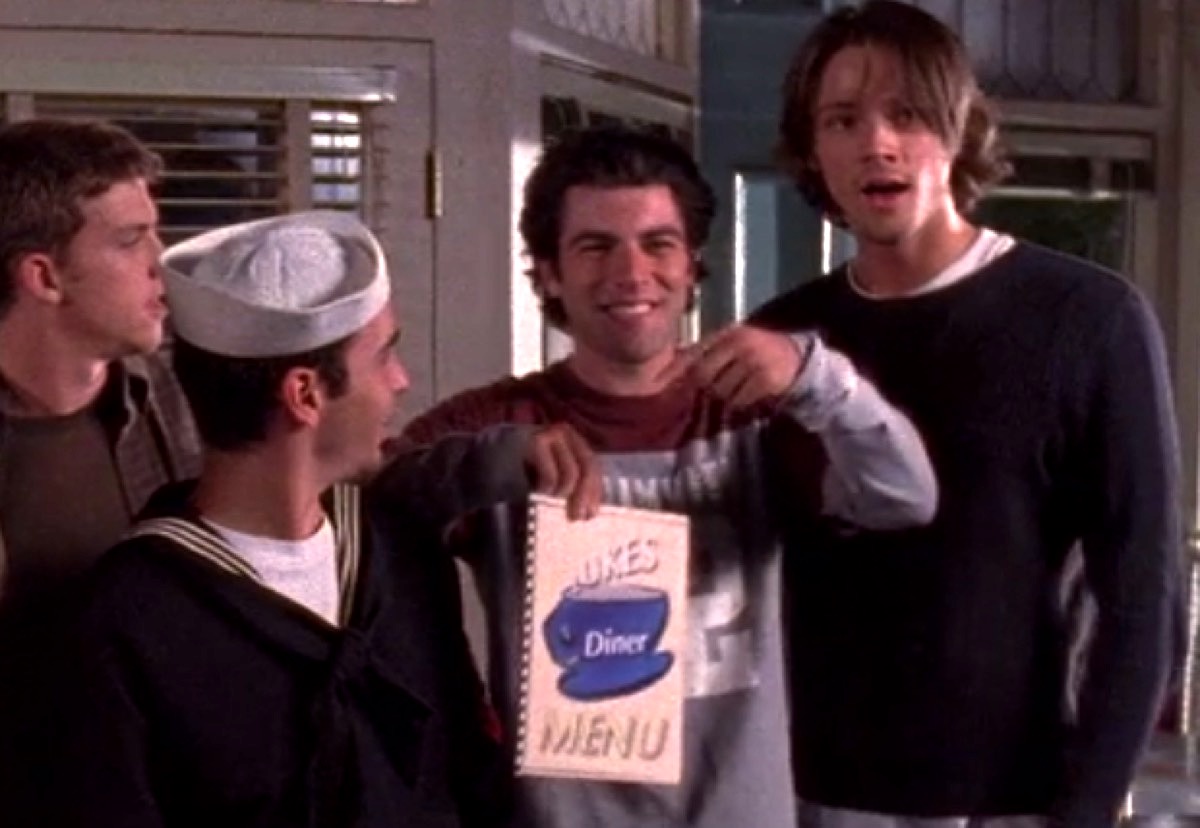 Greenfield certainly shined in the spotlight while embodying the clean-cut, charismatic, and quick-witted Schmidt on New Girl. With vocal outbursts as loud as his outfit choices, Schmidt’s “douchebag jar” lines were quick to be turned into hundreds of gifs and memes. Now, it’s almost impossible to see Greenfield in any role without expecting his inner Schmidt to come bursting forth, with a tone shrouded in criticism and sarcasm.

But before Greenfield was center stage, he was Dean’s high school friend and bachelor partying groomsman, “Lucas.” In Gilmore Girls’ season 4 episode “Chicken or Beef?” a soon-to-be-married Dean and his gang of fight-song-singing groomsmen stumble into Luke’s Diner to sober up with pancakes before going back out on the town. While Dean implores Luke to keep the diner open for them, Greenfield’s character holds up a menu, saying, “Hey, my name’s Luke too! We should start a club or something.”Greenfield’s character is also the first to notice Dean mumbling for “Rory.”

Gilmore Girls was Greenfield’s third acting role, and it’s a bit of a trip to see him play the part of such a youthful and chill college kid—basically everything Schmidt seems to hate about those “youths!” Speaking of drunken college kids, Rory’s second intoxication session is when Pedrad, known in New Girl as Winston’s law-abiding copper girlfriend Aly, makes a brief appearance in a humorous Gilmore Girls scene. A depressed Rory, upset over Logan cheating on her with an entire bridal party, lectures Pedrad’s waitress character on the importance of not taking what rightfully belongs to her—in this case, a used napkin.

In the scene, during episode 16 of season 6, Pedrad plays a sweet, confused, and uncomfortable waitress who stays silent as the youngest Gilmore goes on a philosophical rant about her beloved napkin. It’s quite a contrast to Pedrad’s blunt, confident Aly in New Girl.

Though she’s now well known for Aly, as well as her handmaid role of Dalia in Disney’s live-action Aladdin, the Gilmore Girls role was Pedrad’s second television role and third ever onscreen character. Who knew that, ten years later, she would become Fox’s favorite comedy television cop? 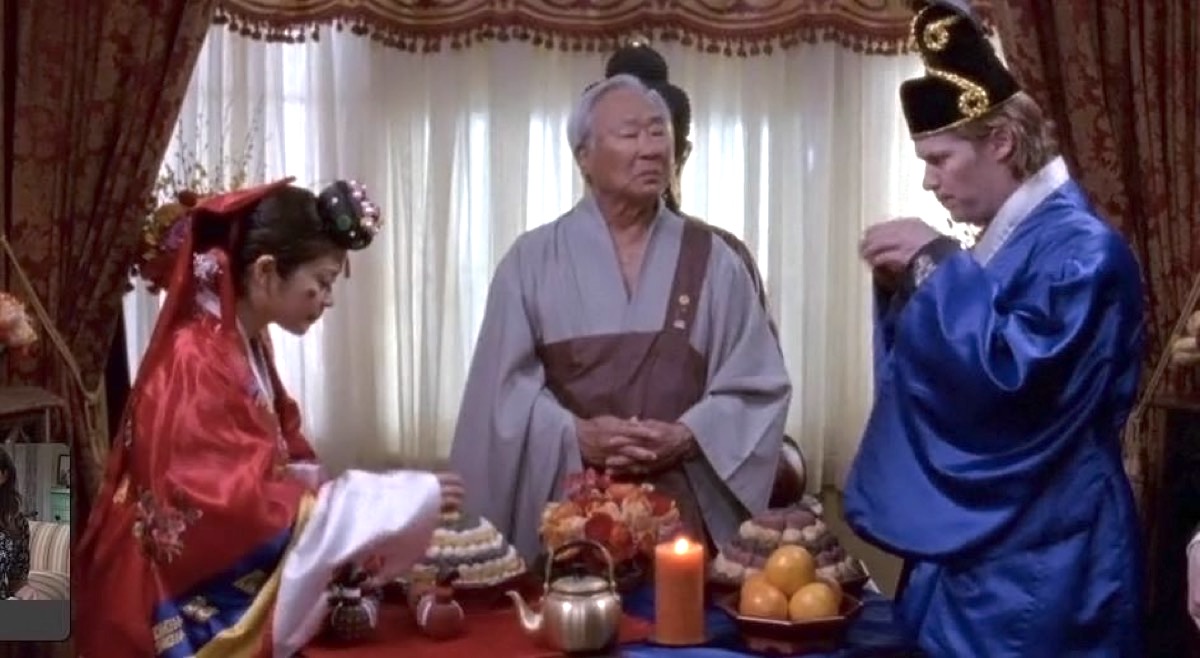 What is it with New Girl characters showing up during all the notable drunk moments in Gilmore Girls? Ralph Ahn, who plays the sweet, silent, and always smiling Tran in New Girl, doesn’t exactly appear in Lorelai’s drunk wedding speech scene, but he does make an appearance in the same season 6 episode, “I Get a Sidekick Out of You,” just about 15 minutes beforehand, when he shows up to officiate the buddhist version of Lane and Zack’s wedding.

While this role, like Greenfield’s and Predrad’s, was short with a little spotlight, Ahn also showed up in an earlier episode in season 5, during the Kim family’s Lunar New Year dinner, where Lane’s mother invites Lane and her band to join herself and Korean family friends at Lane’s childhood home for an evening of celebration (and awkward bathroom restrictions).

Gilmore Girls was certainly not one of the first onscreen roles for Ahn, as it was for Greenfield and Pedrad, the actor having appeared in varied roles for dozens of ’50s, ’70s and ’90s films prior to getting into television. But a fun fact about Ahn’s Gilmore Girls role is that it was the last time he was on television before joining the cast of New Girl!