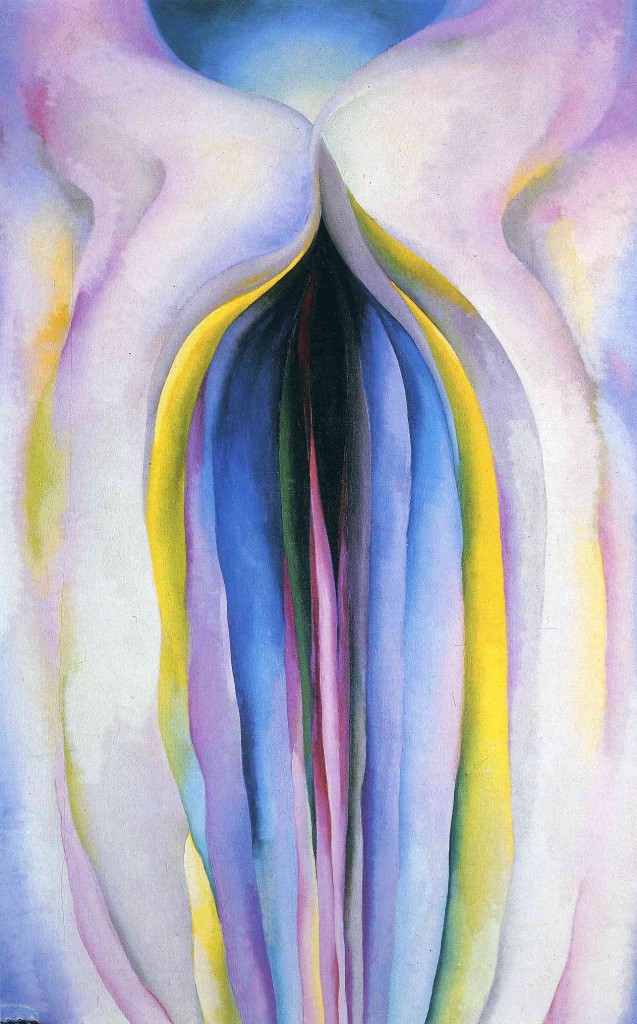 Squish mittens just don’t get as much exposure as the baloney pony. Where’s the national monument honoring wizard sleeves? The ding-dongs shaped like hoo-has? Heck, is there even a word like “phallic” for our petticoat lanes? For the better part of my life, I’m not sure I really knew what my Bat Cave looked like, and for the sake of argument, maybe that could have been rectified if the world was just as obsessed with A-Labian Knights as it is with Jurassic Porks. That is to say, I can actually understand where one anonymous mom was coming from when she delivered an assortment of frosted vagina cookies to her child’s second grade class earlier this month. It’s her encore I’m less convinced by.

A recent post on the Sub-Reddit TIFU (Today I Fucked Up) details what transpired when a “feminist parent” brought in snacks for a second grade class:

DISCLAIMER: This is a friend’s story and she isn’t a redditor but I begged her to let me post it from the perspective that she told the story in. Also I apologize, I’m not a writer.

I am currently a second grade teacher at a public school. I have a wonderful class and I like to reward them when they have a good week by having volunteer parents bring in snacks (I.E. cookies, candy, granola etc.) provided the parent keeps them hypoallergenic. This week our volunteer parent, who we will refer to as Autumn Lily Speaker (not far from her actual name) told me on Wednesday that she will be preparing cookies for the class and is ‘excited for this opportunity’. Thinking nothing of it, I thanked her and marked it off my weekly to-do list.

So Friday rolls around and the kids are excited. Autumn Lily Speaker comes into the classroom with a pan full of treats and brings them to me and says with a smile “I decided you can use these to teach the kids about the woman’s vagina today”. Baffled and completely caught off guard I slowly peel the aluminum foil off the pan to behold a plethora of sugar cookie and frosting vaginas. Not just any old vagina, but ALL KINDS OF VAGINAS. There were small, puffy, white, brown, shaved, bald, and even a fire crotch with beef curtains. perplexed I give the parent the most professional look I can muster and quietly reply “I’m sorry Autumn, but I can’t give these to my students. This just isn’t appropriate.”

cue angry radical feminist
Autumn bursts with the fury of a thousand angry Andrea Dworkin’s and starts yelling in front of the class about how ‘I should be proud of my vagina’ and ‘I am settling for a women’s role in life’. Utterly bemused and frozen from shock all I can do is stand and stare at the woman as the word ‘vagina’ is yelled in front of my second grade class about 987,000 times. Finally after what seemed like an eternity, she storms out of the class leaving her vagina cookies on my desk. I scramble to collect my thoughts and take control of the situation before my second graders develop vaginal PTSD. My only thought is to scrape off the vagina frosting and hand out the plain sugar cookies to my students.

According to the Reddit post, “Autumn Lily Speaker” then sent an e mail that the teacher screencapped for posterity: 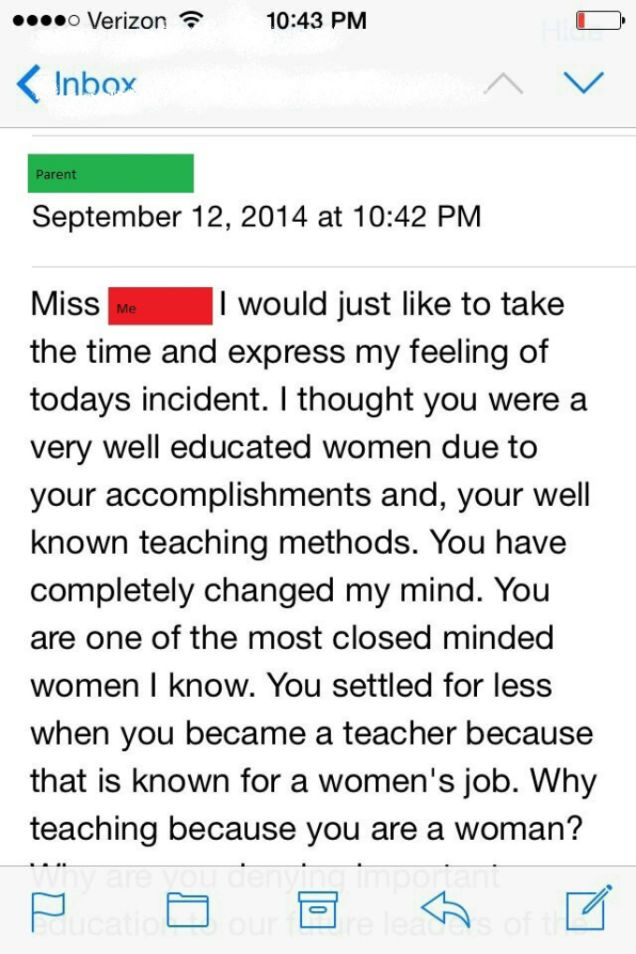 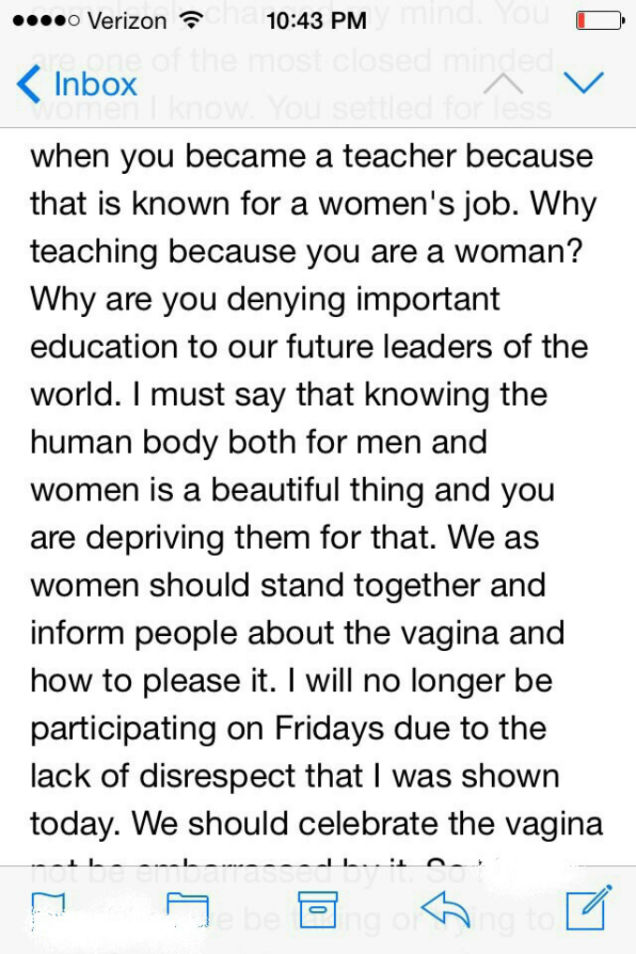 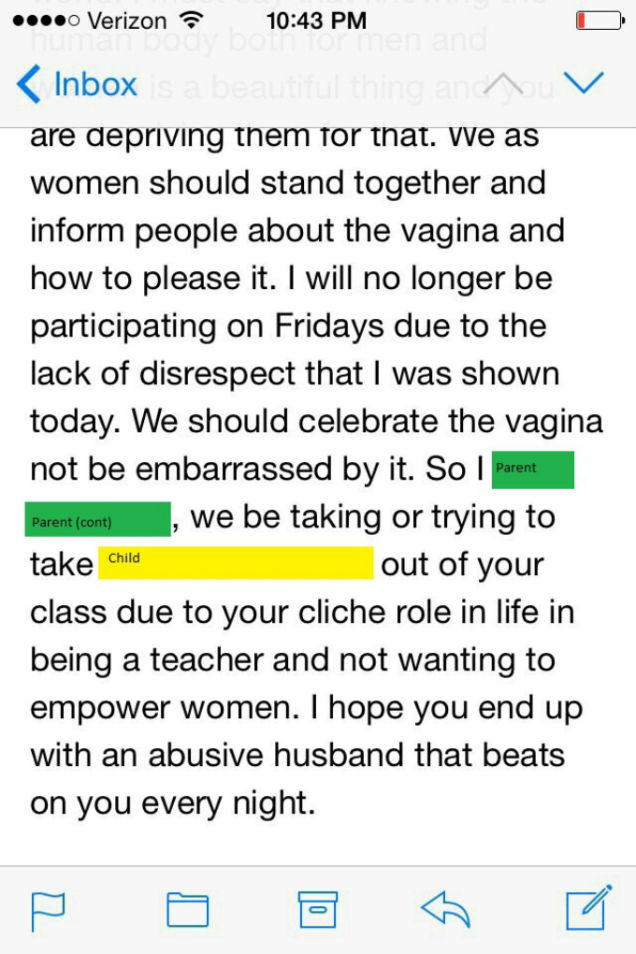 The saga was resolved as such:

“The cookies were actually pretty good.” There are a lot of reasons, obviously, to suspect that The Demon Baker of Queef Street might be just a hoax (although I feel like using the “h” word presumes Reddit actually has some credibility to lose in the first place); regardless, judging from the oddly specific mention of Andrea Dworkin and that insane conclusion to “Autumn Lily’s” email, it seems like some Men’s Snack Activist might be trying to slander the “good” name of feminism by implying that equality of the sexes is as radical as foisting vulva sugar cookies on seven-year-olds.

Besides, I understand that the teacher was in a precarious position and timely cookie censorship was of the essence, but good God, if some woman with a v for vendetta marched into your classroom with a hot batch of hoo-has, wouldn’t you take at least one picture? Mommyish did the Lord’s work and dredged up this very NSFW Pinterest image: 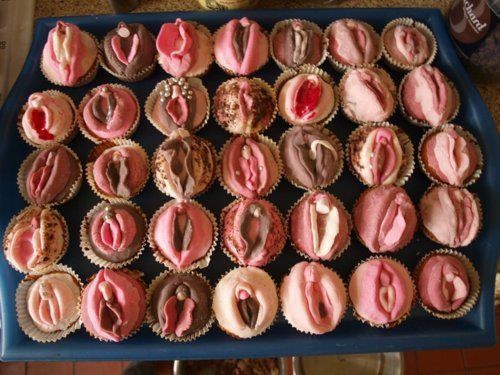 I’m all for spreading body-love via anatomically correct frosting. But if you want to rep my Moaning Myrtle, maybe don’t be such a dick about it.