The Year's Most Notable Quotes List | The Mary Sue 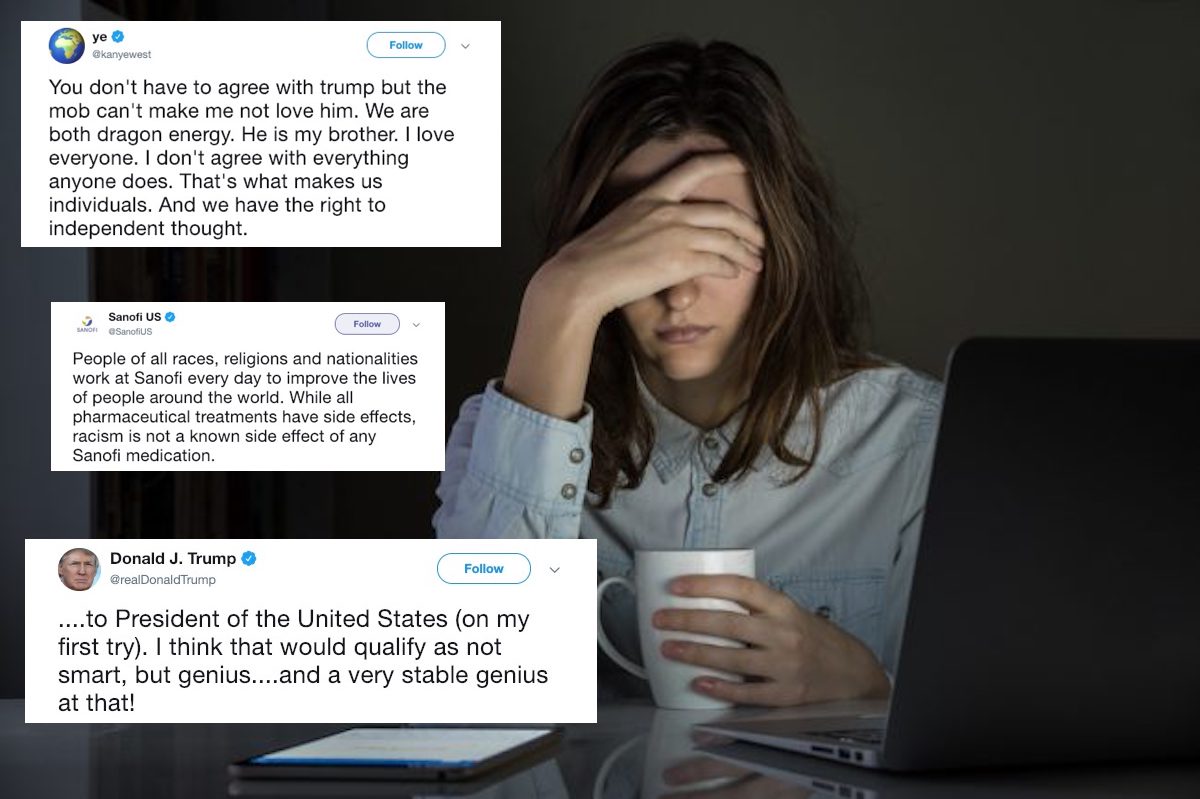 We all know that 2018 was a hellfire of a year. This list of the year’s most notable quotes is an unnecessary reminder of just how hellfiery. Seeing all the most representative words of the year just laid out like that in one place is especially painful.

The list is put together by a librarian at Yale Law School and is a yearly update to The Yale Book of Quotations. As the AP notes, “[library associate director Fred]  Shapiro chooses quotes that are famous or revealing of the spirit of the times, and not necessarily eloquent or admirable.” So while these are just one person’s picks, it’s hard to say they’re not representative. Too representative, really.

3. “While all pharmaceutical treatments have side effects, racism is not a known side effect of any Sanofi medication.” – Sanofi, the makers of Ambien, subtweeting Roseanne Barr’s attempts to blame their drug for her decades of racism, May 30.

People of all races, religions and nationalities work at Sanofi every day to improve the lives of people around the world. While all pharmaceutical treatments have side effects, racism is not a known side effect of any Sanofi medication.

4. “We gather to mourn the passing of American greatness, the real thing, not cheap rhetoric from men who will never come near the sacrifice he gave so willingly, nor the opportunistic appropriation of those that live lives of comfort and privilege while he suffered and served.” – Meghan McCain in her eulogy for John McCain, Sept. 1.

5. “We’re children. You guys, like, are the adults. You need to take some action and play a role. Work together, come over your politics and get something done.” –  Parkland, Florida school shooting survivor David Hogg to CNN, Feb. 15.

….Actually, throughout my life, my two greatest assets have been mental stability and being, like, really smart. Crooked Hillary Clinton also played these cards very hard and, as everyone knows, went down in flames. I went from VERY successful businessman, to top T.V. Star…..

….to President of the United States (on my first try). I think that would qualify as not smart, but genius….and a very stable genius at that!

7. “You don’t have to agree with Trump but the mob can’t make me not love him. We are both dragon energy. He is my brother. I love everyone.” – Kanye West via Twitter, April 25.

9. “I have just signed your death warrant.” – Judge Rosemarie Aquilina while sentencing former USA Gymnastics doctor and accused sexual predator Larry Nassar to up to 175 years in prison, Jan. 24.

10. “If you see anybody from that Cabinet in a restaurant, in a department store, at a gasoline station, you get out and you create a crowd! And you push back on them. And you tell them they’re not welcome anymore, anywhere.” – Rep. Maxine Waters, in remarks at a rally in Los Angeles, June 23.

What do you all think? Did these quotes capture your year? Any big quotes you would have put on the list? Personally, this is mine: