In Which President Obama Name-Checked Mad Men While Talking About Equal Pay For U.S. Women

Last night’s State of the Union was very much like the Academy Awards. People were honored, people were bored, camera operators got a workout trying to find the right people in the audience. Just swap the political and pop-culture references (one or two political mentions at the Oscars vs. one or two pop-culture items at SOTU). Check out this relevant clip from President Obama’s SOTU last night then hit the jump to look at a depressing image of how many Congressmen stood up for this part of the speech. 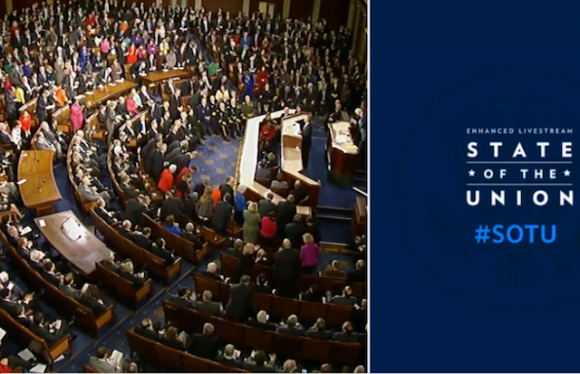 A little less than half the room is seated (or were at least slow to rise). I guess women being treated equally isn’t something to get excited about.

(via Mediaite, Death and Taxes)