This Is Your Last Chance to Vote In the 2014 Mary Sues, Our Geeky Alternative to the Oscars 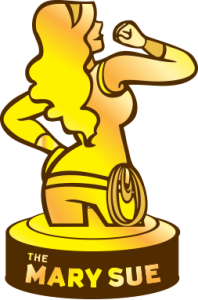 Psst. Did you hear about the Mary Sues, where we ask our readers to vote on the biggest genre film achievements of 2013? I only ask because when the Oscars start—8:30 pm EST, Sunday, March 2nd—the Mary Sues will end. You still have a whole weekend before we stop counting responses. Plenty of time to vote for: