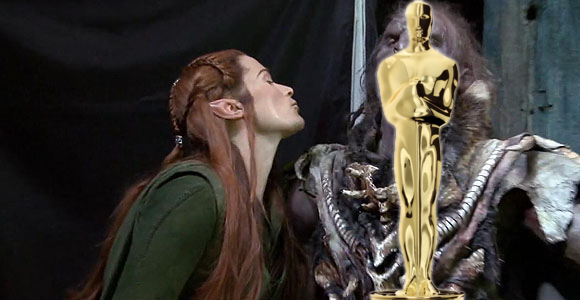 It’s an idea borne of Pacific Rim‘s egregious Best Visual Effects Oscar snub: If the Oscars were an exclusively geeky affair, with genre films as nominees and geeks standing in for crusty old Academy voters, what would win? We decided to find out, but since our red carpet and couture gown supply is running a little bit low, we’re taking it to Facebook. Every Monday and Wednesday between now and the Oscars we’ll post a poll on our Facebook page, inviting you—yes, you—to choose the winners of the 2014 Mary Sues.

First up: Best Supporting Actress. Will Catching Fire’s Jena Malone cut down the competition, or will it be The Desolation of Smaug’s Evangeline Lilly aiming for the win? Or maybe Gwyneth Paltrow, Natalie Portman, Rila Fukushima, Kat Dennings, or Julianne Moore will pull off an upset. It’s all up to you. Get voting, my nerds.